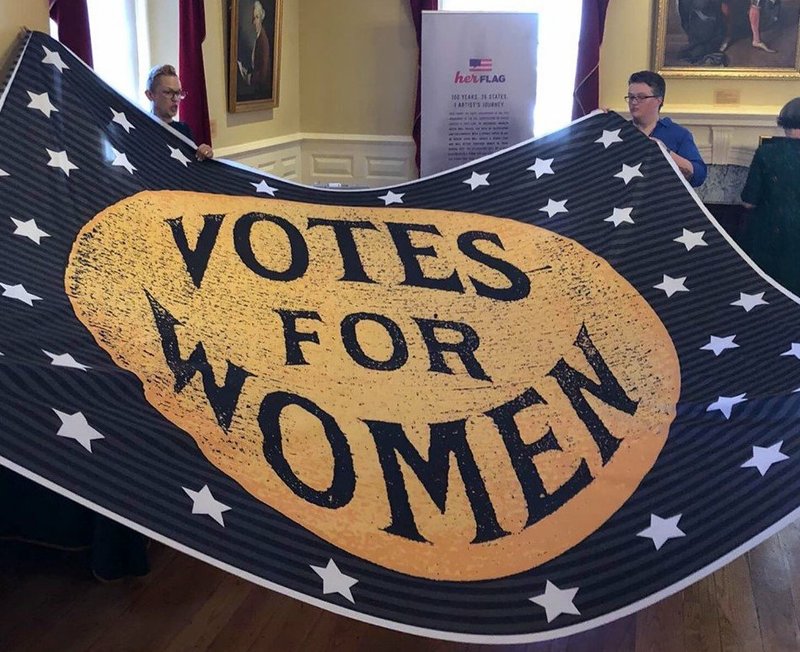 Her Flag, marking the 100th anniversary of the ratification of the 19th Amendment to the U.S. Constitution giving women the right to vote, will receive its Arkansas stripe -- one of 36 -- on Wednesday at the state Capitol. Oklahoma City artist Marilyn Artus, who created the project, designed the star field; Arkansas artist Virmarie DePoyster designed the Arkansas stripe. Special to the Democrat-Gazette

Oklahoma City artist Marilyn Artus, continuing the 14-month journey across the United States she began June 8, brings the Her Flag project to the state Capitol, 500 Woodlane St., Little Rock, for a sewing ceremony at 2 p.m. Wednesday.

Her Flag is a collaboration between Artus and 36 female artists, each currently living in one of the 36 states that ratified the 19th Amendment giving women the right to vote. By the time of the 100th anniversary of the amendment in 2020, the flag is expected to measure 18 feet tall by 26 feet wide and feature 36 stripes, each designed by an artist representing her state, in the order in which the state voted to ratify the amendment. Artus designed the star field.

Artus will sew Virmarie DePoyster's Arkansas stripe — the 12th — onto the flag on Wednesday. Singers Stephanie Smittle and Barbara Raney will perform. The Arkansas Women's Suffrage Centennial Commemoration Committee and the League of Women Voters of Arkansas will register people to vote. Admission is free. Visit herflag.com.

DePoyster, describing her design, explains that "Arkansas was the first nonsuffrage state in the Union to permit women to vote in primary elections striving for change and equality early on. The Arkansas stripe was designed to celebrate not only the well-known faces of the Arkansas suffrage movement, but also everyday women working behind the scenes to make change happen."

Artus, traveling to the capital of each of the 36 states, started in Madison, Wis., and expects to finish in Nashville, Tenn., where she will complete and display the flag on Aug. 18, 2020, the date Tennessee ratified the amendment. 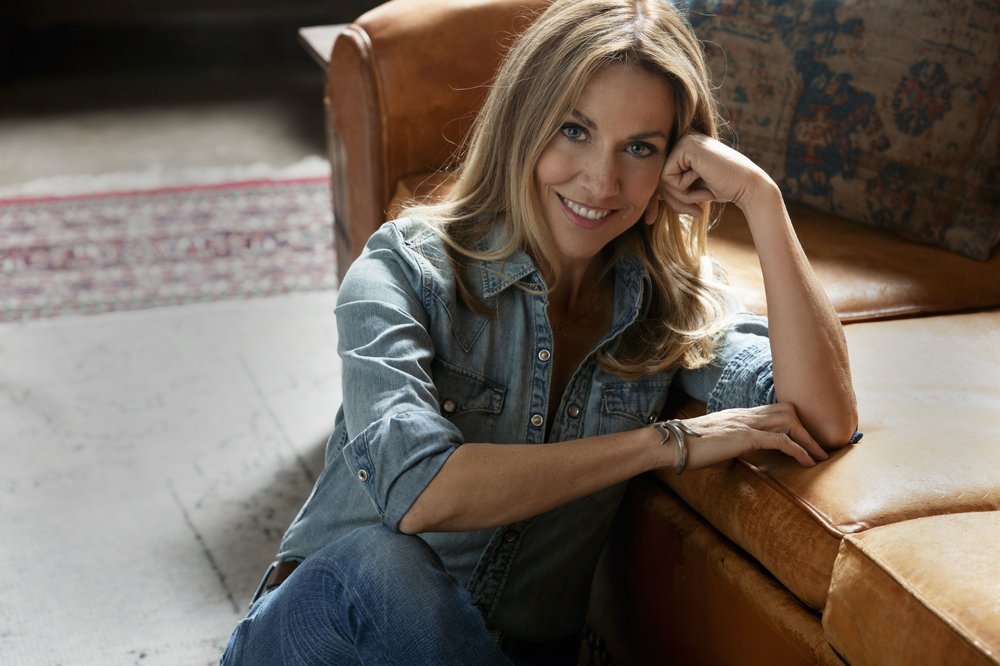 Sheryl Crow performs Friday at the Walmart AMP in Rogers, with Rascal Flatts onstage on Saturday. Special to the Democrat-Gazette 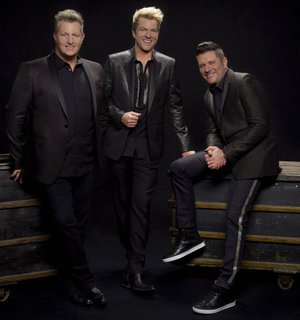 Rascal Flatts. Special to the Democrat-Gazette 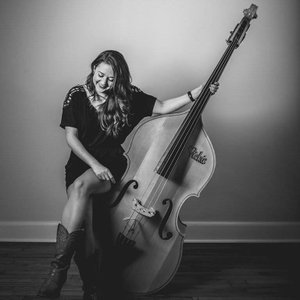 Vickie Vaughn leads her Vickie Vaughn Band Monday night at the Collins Theatre in Paragould. Special to the Democrat-Gazette 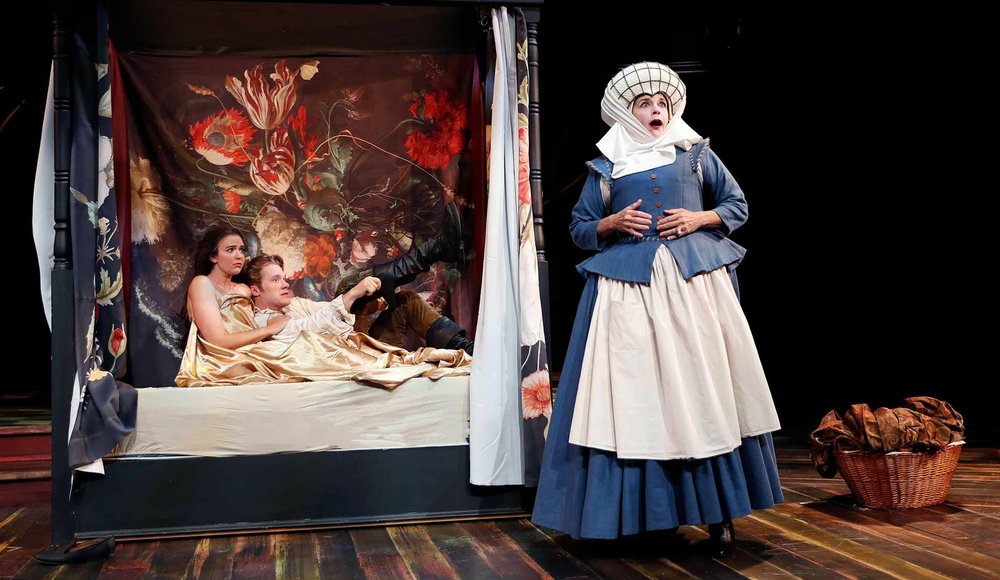 Stephanie Bignault (from left), Matthew Goodrich and Alison England in Shakespeare in Love at TheatreSquared in Fayetteville. Special to the Democrat-Gazette/Wesley Hitt

Meanwhile, the theater is putting together a special workshop production of 10,000 Balconies, created and directed by Kholoud Sawaf, 8 p.m. Friday, 2:30 and 8 p.m. Saturday and 2:30 p.m. Sept. 1. It will be the first performance in its Spring Theatre.

Sawaf sets his play, loosely inspired by William Shakespeare's Romeo and Juliet, in Damascus, Syria, incorporating poetry, music, dance and movement, with original music performed by Hadi Eldebek and members of the cast. Ticketholders for the Friday and Saturday shows can take part in a post-show conversation.

Funding for the project comes from the Building Bridges Program of the Doris Duke Foundation for Islamic Art. Tickets are $22, $10 for students and patrons under 30. $5 for SNAP recipients. Call (479) 445-6333 or visit theatre2.org.

The conference will examine regional arts initiatives, including The Unexpected arts festival and Artspace, which plans to bring inexpensive living/workspaces to artists, and will provide tips on how artists, performers, presenters and advocates can make their voices heard by legislators.

The series focuses on the magazine's contributors who have or will soon be publishing books. The rest of the lineup (all events, 6:30 p.m. Tuesdays, at Ron Robinson; doors open at 6; admission is free):

• March 31: Leesa Cross-Smith, author of So We Can Glow: Stories

Authors will read from their work, be interviewed onstage by a moderator and sign copies of their books.

The series is in partnership with the Central Arkansas Library System Six Bridges Book Festival; presenting sponsor is the College of Fine Arts & Communication at the University of Central Arkansas. Visit OxfordAmerican.org/events.