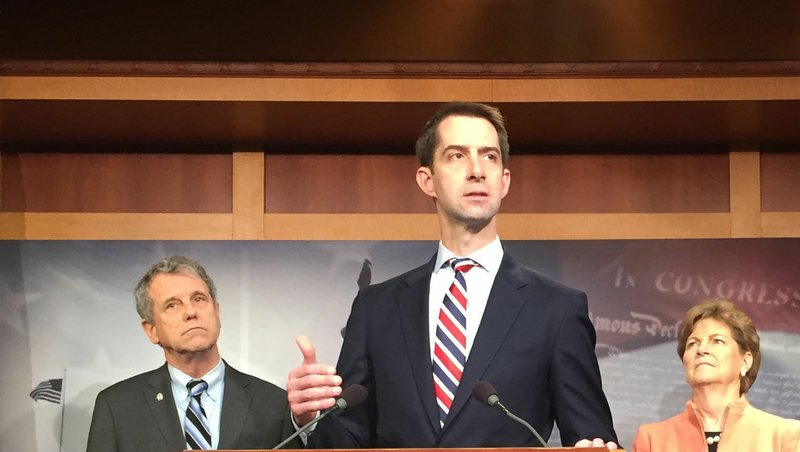 A 77-year-old Pine Bluff man pleaded guilty Thursday in a Little Rock federal courtroom to mailing white powder to the Washington, D.C. office of U.S. Sen. Tom Cotton and suggesting it was a biological weapon.

Henry Goodloe pleaded guilty to a charge of conveying false or misleading information related to biological weapons in exchange for a federal prosecutor's agreement to drop a second charge of mailing threatening communications.

A federal grand jury indicted Goodloe Nov. 7 on both counts, alleging that in August 2018, he mailed a letter containing white powder to Cotton's Washington, D.C. office which contained the statement, "Maybe this will get your attention."

Goodloe's home address was listed as the return address.

A Senate mail facility intercepted the letter and a hazardous waste material response team later determined that the substance was unbleached flour and starch, according to a statement issued by the office of U.S. Attorney Cody Hiland in Little Rock.

Baker will sentence Goodloe at a later date, after a pre-sentence report has been prepared. The crime, which is punishable by up to five years in prison, was investigated by the Joint Terrorism Task Force of the FBI and is being prosecuted by Assistant U.S. Attorney Stacy Williams.