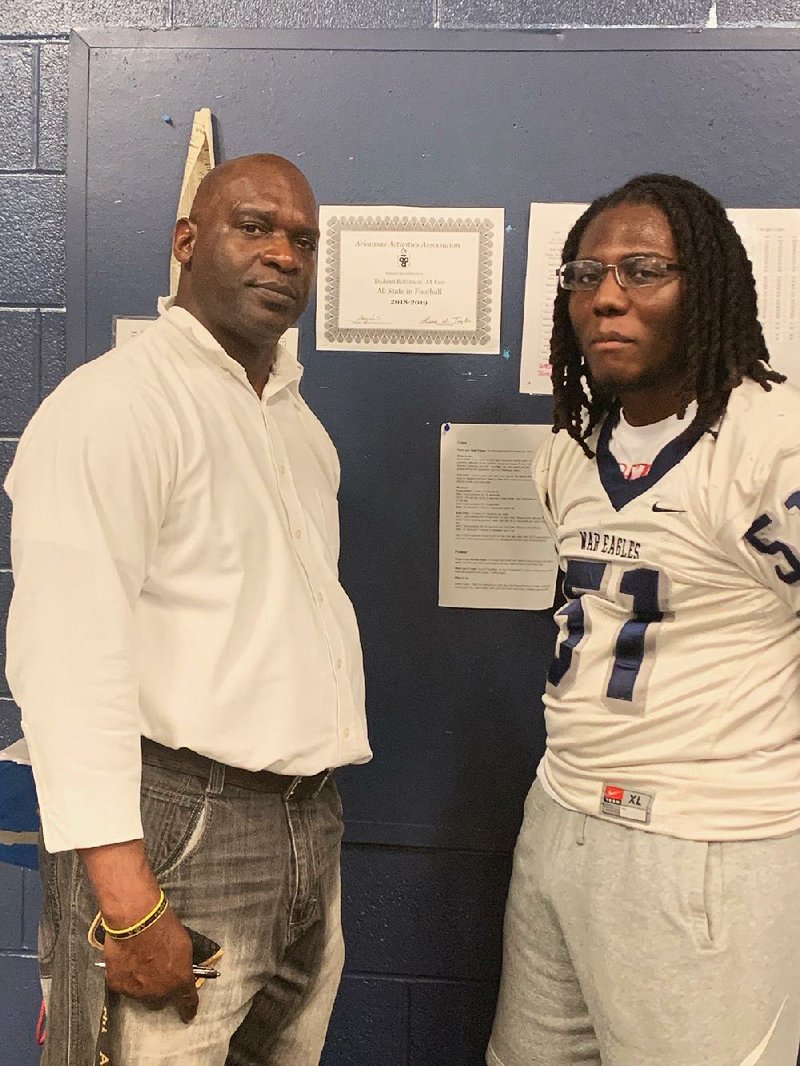 Little Rock Fair has little margin for error in 2019, but that's an all-too-familiar concept for the War Eagles.

Player defections, lack of depth and overall size are a few of the issues that have crippled Fair the past decade and a half. Coach Roosevelt Turner also has had to deal with players going AWOL during preseason camp.

"My skill guys have been showing up, but my linemen have been no-shows," Turner said. "That seems to be the routine around here, though, for some. They seem to think practice doesn't begin until school starts.

"But those guys that are here, they're dedicated to trying to change the culture here. That's one of the biggest positives we have going on right now."

The War Eagles can use all the positives they can get.

Fair has won just nine games since 2006. During that span, the War Eagles were winless in five of those seasons and posted more than one victory only once (2007).

But Turner pointed out a key reason why things could change for the better this year.

"But now, I've got two people back that have thrown passes and a running back that's actually run for a touchdown. So we've got some experience this year, and that'll help."

That inexperience was evident in Fair's 1-9 finish in 2018. The War Eagles beat crosstown rival Little Rock Hall 36-26 in the first game but were outscored 460-58 over their final nine contests, including being shut out five times.

There is nowhere to go but up, and with the school set to shut down for good at the end of the academic calendar year, there's no better time to take a leap.

Fourteen starters are slated to return for the War Eagles, with quarterback Zaylon Robinson leading the way. The 5-9, 150-pound junior threw for almost 1,000 yards and 10 touchdowns as a sophomore.

"He did a good job for us last year," Turner said. "We didn't have any guys who'd ever thrown a pass, and he came out and did some good things for us."

The War Eagles also have senior running back DeWayne White (5-10, 160) lining up behind Robinson, which gives Fair a 1-2 punch on offense. Turner understands that the offensive line situation likely won't be solved until he gets that entire group in camp, but he will count on tackle DaJuan Robinson to offer direction for others.

"He works hard," Turner said of his 5-10, 205-pound senior. "He was an all-state linebacker last year, too. Defensively, we hope to be better than we were last year, and we're going to build around him on that side of the ball."

Junior Jamari Washington (5-10, 160), Zaylon Robinson and White will all help in the secondary.

Turner said he wants the War Eagles to really understand what will oppose them this season. Fair hasn't reached the playoffs since 2013 when every team was awarded a postseason slot in Class 6A. Since that time, playing beyond the first week of November has been an afterthought. In their final go-around as a program, the War Eagles have a shot to leave a lasting impression, and Turner hopes they're ready.

"We're going to try to go out with a bang," he said. "This is the last year that Fair will be open, and we're going to give it all we've got. The main thing is being more competitive on Friday nights, that's what we want to show because it hasn't always looked that way when you see the scores.

"We're trying to change the culture, and that's been the big talk everywhere. Over here, that's literally what we're setting out to do in this final season."

War Eagles at a glance