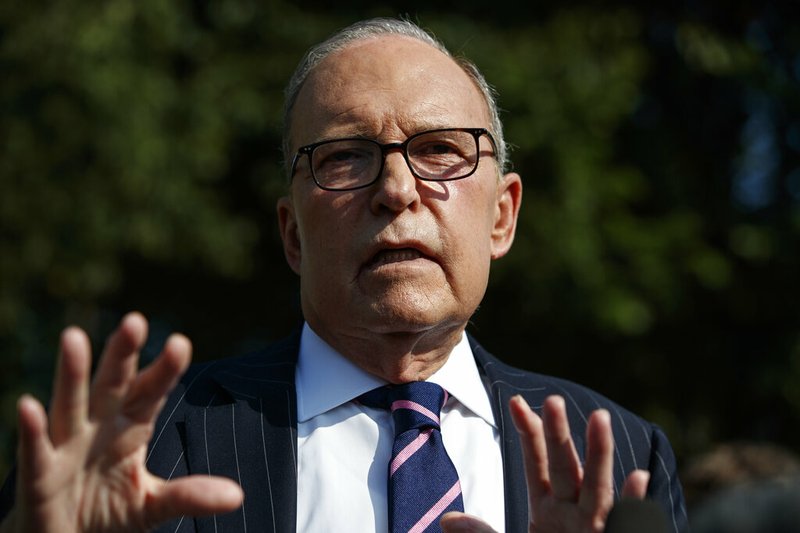 BERKELEY HEIGHTS, N.J. -- President Donald Trump's top economic adviser is trying to play down fears of a looming recession after last week's sharp drop in the financial markets. Larry Kudlow says the economy will perform well in the second half of 2019.

Kudlow says consumers are seeing higher wages and are able to spend and save more. He calls such a scenario "an ideal situation.

Kudlow is also defending the president's use of tariffs on goods coming from China, saying "we cannot let China pursue these unfair and unreciprocal trading practices."

Kudlow was interviewed on NBC's "Meet the Press" and "Fox News Sunday."