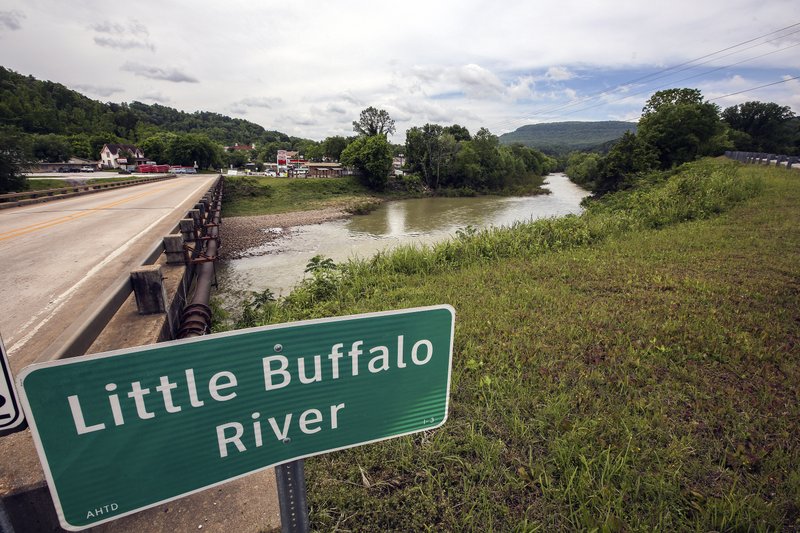 The Little Buffalo River with the town of Jasper in the background shot Thursday, May 4, 2017.

The vicious rooster of Jasper is in the pen.

Dawn Dulle said she and her husband started building a pen when they heard their rooster, Junior, was causing a flap.

Junior, 6, had been chasing pedestrians. A fleeing woman fell and filed a complaint with the city. She wasn't the only one.

"We had so many complaints we couldn't ignore it," said Mayor Jan Larson.

Jasper got national media attention last month because the City Council was considering a "vicious rooster ordinance." Many cities have "vicious dog ordinances."

"I wanted to apologize for the problems that my rooster has caused," she said. "I wanted to confirm to everybody that there has been a pen built, and the chickens are in it."

Dulle said the pen is 16-by-30-feet in size, and the wire is 5 feet high. She has two roosters and two chickens.

"Both roosters and both hens have been jailed," said Dulle. "I'm keeping them all up."

The other rooster, Stubbs, has no feet as a result of being bedded down with cedar chips when he was a chick.

"It's toxic to chickens," said Dulle. "So his little feet turned black and fell off. He's a tough rooster now."

She had Junior's wings clipped so he can't fly over the fence.

"He didn't have spurs," she said. "Those were clipped a long time ago."

Dulle said tourists have driven up from North Little Rock to have their pictures made with Junior. One woman wanted to paint his portrait.

Larson said half of the problems in Jasper involve animals, so the City Council will revisit its animal ordinances and may make changes.

"We're just going to clean up all of our animal ordinances so that when something goes wrong and somebody calls our Police Department, we'll know what we can do or can't do, and we'll be prepared to help," she said.

A Jasper police officer will also be dispatched to Little Rock to attend an Arkansas Municipal League seminar on animal control, she said.

As the city's law currently stands, chickens and roosters can roam free, said Larson. As well as guinea hens, which eat ticks and other undesirable bugs.

Last month, Larson said the rooster was indeed "vicious" and would chase pedestrians who walked down the sidewalk in front of the house.

"He attacks them and scratches," she said. "It would be all right if you were young enough that you could kick him. But some people are older and could fall. We can't let people get hurt because of an errant rooster."

Shawn Willis said Junior and his hens would frequently walk over to the Red Oak Station that Willis owns next to the Dulle property.

People would throw Junior bread crumbs and other snacks.

"People usually messed with him to get him riled up, and he'd jump on you," said Willis. "He would flog you."

For some, it was entertainment, Willis said. But occasionally Junior would sneak up on somebody who wasn't anticipating a gas-station encounter with a rooster.

Willis said he didn't mind Junior visiting the gas station, but he won't miss him either.

They did have some interesting exchanges. 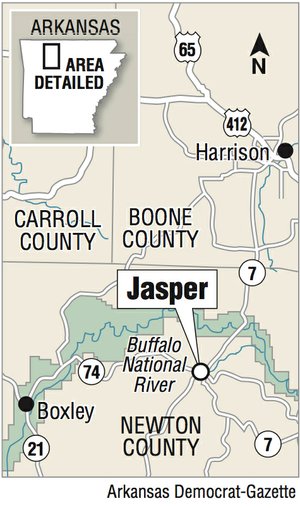 A map showing the location of Jasper.