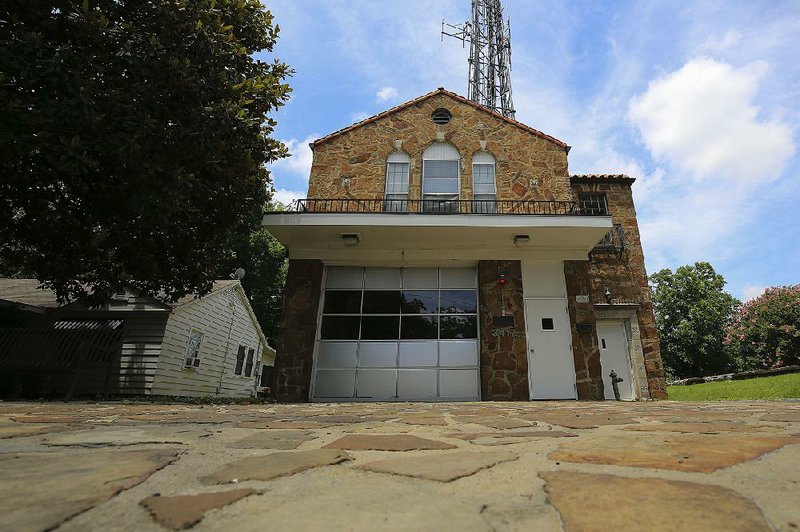 The North Little Rock City Council approved authorizing acceptance of the state grant and the use of matching funds of an additional $50,000 in city funding. Council members also approved a separate resolution to waive formal bidding to hire Harness Roofing Inc. of Mabelvale to do the specialized repairs needed to the Spanish-style, red tile roofing.

The tiles must be removed by hand, then replaced with the same tiles, if possible, or with new specialty tiles. The roofing contract also allows for the city to fund an additional $125,952 if more than 100 new tiles are needed.

The building at 3417 Magnolia St. has been North Little Rock's Fire Station No. 5 to cover the Park Hill neighborhood area off of John F. Kennedy Boulevard, but closed about nine months ago because of roof damage and other structural concerns.

Asked if the Fire Department would return once the roof repair is completed, Smith said the fire station isn't habitable because of other issues.

"My goal right now is to save the building," Smith said.

He added that he has had "some conversations" about what the best use for the building might be in the future.

The Park Hill Fire Department was built in 1938 as part of the Works Progress Administration when Park Hill was an unincorporated area and had its own fire and water companies for insurance purposes. North Little Rock annexed Park Hill in 1946.

The city is to build a fire station on Pike Avenue off Camp Robinson Road to replace Station No. 6 in the Levy area, which Smith said will be close enough to cover the Park Hill area as well.

"My plan, right now, is I'm prepared to move Station 5 to Station 6," Smith said. "We've got to get the roof on first. We'll have some big decisions to make next year."