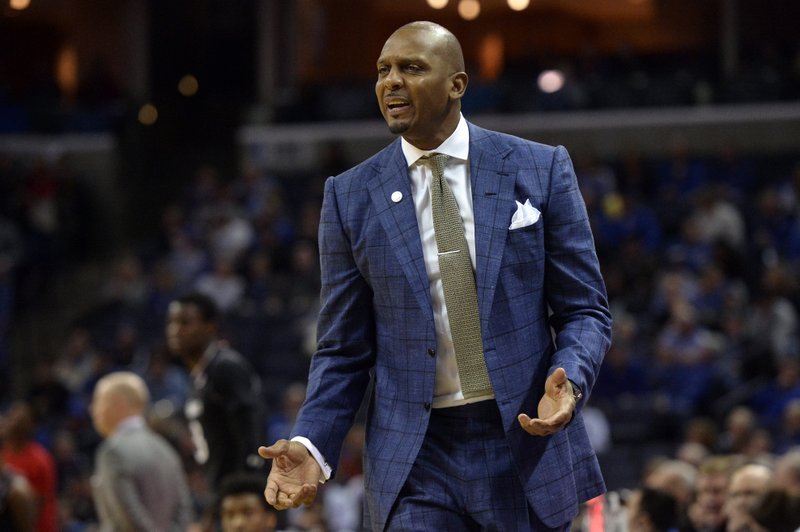 NASHVILLE, Tenn. -- Former NBA stars Penny Hardaway and Jerry Stackhouse have taken on new challenges with both trying to revive a pair of struggling college basketball programs about 200 miles apart along Interstate 40 in Tennessee.

Hardaway played 14 seasons in the NBA and is embarking on his second season at his alma in Memphis. Stackhouse, now at Vanderbilt, lasted 18 years league before the former North Carolina star's tenure coaching in the G League and a season as an assistant with the Memphis Grizzlies.

New Athletic Director Malcolm Turner, the former G League president, lured Stackhouse to Vanderbilt in April despite being a candidate for an NBA head coaching job.

"That's a huge win for not only for the state but for the SEC," Hardaway said of Stackhouse being at Vanderbilt. "He's going to bring a lot to the table. He definitely understands the game and is very knowledgeable, so yes, it definitely helps the state."

Vanderbilt is hoping Stackhouse has the same impact in Nashville that Hardaway has had at Memphis.

Hardaway has a head start with the rebuilding job at Memphis. He was hired in March 2018, and his arrival came amid much fanfare. He helped Memphis attendance jump by an average of 7,840 per game, and Hardaway has followed that up by landing the nation's top-rated recruiting class headlined by a pair of five-star players heading into this season.

Stackhouse, who coached Toronto's G League team to the finals twice and won one championship, spent only one season with the NBA's Grizzlies, though he brought with him both Adam Mazarei as an assistant coach and Nicki Gross as special assistant. Stackhouse also filled out his coaching staff hiring a Memphis high school basketball coach in Faragi Phillips, which could help the Commodores compete with Hardaway in Tennessee's top pool of talent.

Phillips spent the past four seasons at Whitehaven High School where he coached Matt Murrell, ranked 53rd nationally for 2020 by 247Sports.com's composite rankings.

Stackhouse has to recruit to the SEC's only private university, a school with such tough academic standards Nashville native Ron Mercer couldn't get in and instead helped Kentucky win the 1996 national championship. Hardaway's Tigers just notched their highest grade point average in school history, but Memphis is a public university.

"No discredit to Penny, he can go into a gym and see a kid and more than likely he can get that kid in," Stackhouse said. "I have to go in and try to figure out which kids academically make sense for us."

While Hardaway beat out Kentucky and Duke for the top recruiting class, Stackhouse scrambled to fill out a roster for a program that lost every SEC game and finished on a 20-game skid last season. Matt Ryan transferred to Chattanooga, while Yanni Wetzel left for San Diego State. Stackhouse brought in D.J. Harvey as a transfer from Notre Dame and retained recruit Scotty Pippen Jr. among his incoming freshmen.

It didn't hurt that Pippen's father, former NBA player Scottie Pippen (Hamburg, Central Arkansas), had been advocating that an NBA team hire Stackhouse as a head coach before he went to Vanderbilt.

"Now all of a sudden, I get the job where his son had previously committed so it was just some good synergy there to retain those commits," Stackhouse said.

While Hardaway leaned on NBA experience in making Mike Miller an assistant coach last year, Stackhouse added people with both recruiting links and college experience he lacked. Associate head coach David Grace has spent his career out West, most recently as an assistant at California and UCLA, and senior advisor Ricardo Patton, a Nashville native, was head coach at Colorado and Northern Illinois. Even his chief of staff, Adell Harris, is a former head coach at North Carolina-Wilmington.

Hardaway said his first season was a "huge eye opener" as the Tigers went 22-14 and lost their second game in the NIT.

"We understood that it was going to be hard," Hardaway said. "And once we got into the fire, it was actually harder than what we thought. But we all about we're all about learning as a staff. We've learned a lot from our losses." 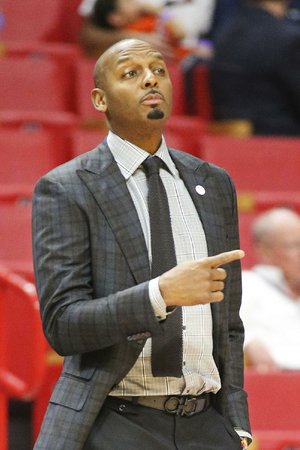 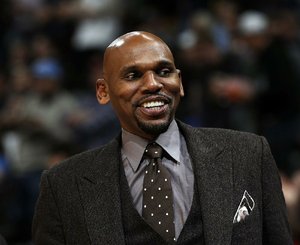