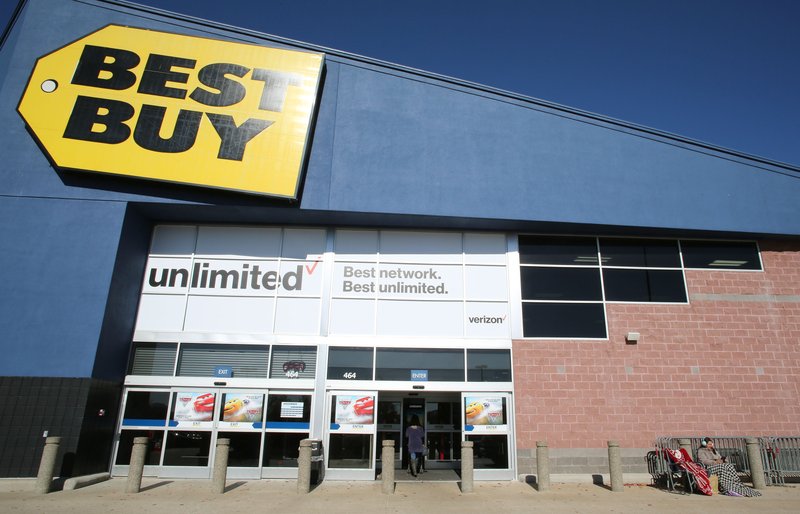 A Black Friday shopper sits in front of the Best Buy retail store in Fayetteville. - Photo by David Gottschalk

FAYETTEVILLE -- Police say they are investigating a burglary at the Best Buy store Aug. 8 that seems similar to other break-ins across the country.

Sgt. Anthony Murphy, police spokesman, said employees noticed something was wrong and then discovered a hole had been cut in the roof of the building at 464 E. Joyce Blvd.

Murphy said as of Tuesday police had not identified any suspects. Murphy said the security system at the store had not provided any useful information.

Similar burglaries have been reported in states across the country, Murphy said. In those cases, the burglars followed a similar pattern of entering the stores through holes cut in the roofs and taking electronics.