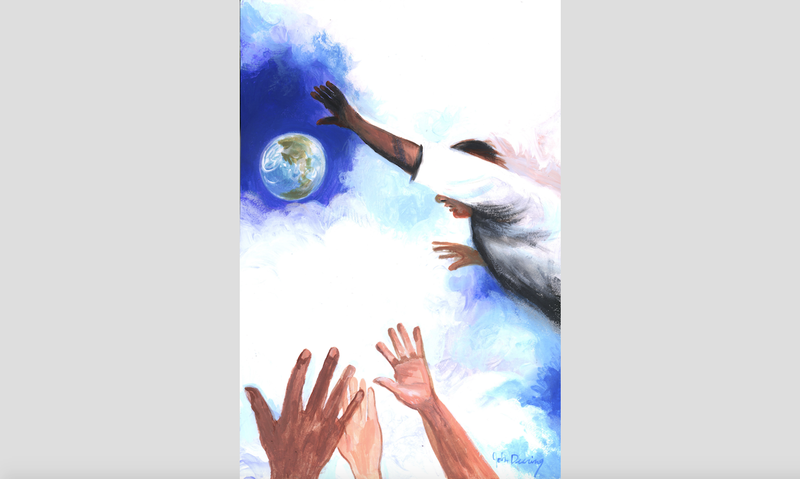 A few years ago, I sat on a couch in an Afghan family's crowded public housing unit in Charlottesville, Va. I sipped tea and listened to a man tell stories about his service as an Afghan special operations commander and translator for the United States military.

For 13 years, he risked his life to fight the Taliban and secure an Afghanistan safe for his family. Eventually, after threats to him and his family due to his service alongside American troops, he and his family were granted special immigration visas, allowing them to move to the U.S. in pursuit of a better life.

I found myself on that couch, alongside a man whose past was as different from my own as anyone's could be, because of his 8- and 9-year-old boys. Over the past year, I had spent a few hours a week with the boys, working with them on homework, playing soccer, and trying to make their transition to American life a little easier. That night, the father shared his optimism for his sons' futures. They lived in safety and attended a great school with tremendous opportunity.

However, the man also shared apprehensions over his family's current situation. In Afghanistan, people valued his career as a soldier and his fluency in five languages, but in Charlottesville, he worked as a gas station clerk and a bouncer at a local bar.

In Afghanistan, his children had many friends, but in Charlottesville they faced prejudice from neighbors who forbade their kids from playing with his boys. He traded threats to his life in Afghanistan for acts of prejudice in America.

The response from the man's neighbors in Charlottesville is indicative of an attitude that has grown louder around the country--a fear of those who are different. While I

grew up proud of America the Melting Pot and believed that out of many different backgrounds, we truly were one, the rhetoric used to describe immigrants and refugees over the past few years and the nativist attitudes from which it stems have challenged that worldview.

Whether it be in our handling of the asylum seekers at our southern border, our outreach to the over 70 million refugees displaced around the world, or our attitudes toward fellow countrymen and women with different ethnic or religious backgrounds, we have ignored the principles upon which our nation was founded and failed to live out the highest values that make us proud to be American.

Our story is that of immigrants breaking away from the world's superpower, expanding our reach by exerting leadership on the world stage, and developing into a nation with unmatched greatness.

Throughout our history, our greatness has largely been on display through our goodness. And it is our goodness that makes these words by Emma Lazarus, forever etched on the Statue of Liberty, quintessentially American: "... Give me your tired, your poor, your huddled masses yearning to breathe free, the wretched refuse of your teeming shore. Send these, the homeless, tempest-tost to me, I lift my lamp beside the golden door!"

Lately, we have forgotten who we are.

We are inundated with heart-wrenching images of countless refugees making the treacherous voyage across the Mediterranean Sea in stuffed, shoddy boats. We read endless stories about the swell in the number of people arriving at the Mexican border and the inhumane conditions in which they are being held.

The importance of sharing these stories to shed light on the all too many crises occurring around the world cannot be understated. There are an ever-growing number of crises taking place that are endangering millions of lives, so any effort to draw attention and garner support to aid the impacted individuals is essential.

Nevertheless, by not interacting with individuals in person, the images and stories alone make it difficult to remember that we share far more similarities than differences. Remembering this mandates that we find ways to connect with those who are seemingly different from us.

As I sat on that couch that night in Charlottesville, listening to the father discuss his sons, I remembered the past year I had spent connecting with them and how much they had taught me about humanity.

Over countless hours on the soccer field, I transitioned from thinking we had nothing in common to realizing we were no different. On that field, watching the brothers play together, I remembered the many hours I spent kicking the ball around with my brothers when we were growing up. When I saw those kids impersonate Lionel Messi, I recalled how my brothers and I would impersonate our favorite players, dreaming of sports stardom too.

Every time the older boy picked on his younger brother, yet rushed to help him when he fell, I remembered the times my older brothers were there for me whenever I needed them. Those moments showed and reminded me that all immigrants, refugees, and people with whom we may believe we share no similarities are just like us. We share so much through our humanity.

My generation is fortunate. We are the most diverse in American history and have grown up in a period when the diversity of the American citizenry is celebrated more than it ever has been. Politicians and pundits are constantly saying that as time progresses and my generation and each successive one grows older, the diversity of America, and our openness toward it, will inevitably grow.

But ridding ourselves of intolerance is not inevitable. It cannot be a passive act destined to arrive only after the passage of a generation. It must be active and requires each of us.

Feeling empathy for the people in refugee camps requires us to donate our time or money in order for our empathy to effect change. Disagreeing with policies that continue to separate families at the border requires us to voice those disagreements to local and national leaders. Hoping someone will come along and fill the void in leadership around these issues requires us to step forward and be those leaders we want to see in the world.

If we think someone ought to do something about a problem, that someone is probably us.

When we step forward as Americans, we should reflect upon the humanitarian values enlisted during the founding of this country, our country, and apply them in full--creating a nation that equitably enables, protects, and serves every person who calls America home.

It is easy for a cynic to dismiss this vision as idealism based in youthful naivete. The total number of displaced individuals is at a record high. The immigration system in America has never been perfect, and my own ancestors likely faced discrimination when they arrived in the U.S. from Ireland.

I agree it is idealistic. But we are Americans. Envisioning a more perfect Union and demanding we do everything we can in pursuit of that vision is nothing new to us. It is our history.

In 1920, due to the tireless efforts of countless women who recognized the injustices they were facing at the ballot box and in society, women finally won the right to vote and brought the country closer to equality.

In the 1950s and 1960s, due to the unwavering determination exhibited throughout the Civil Rights movement by Americans tired of being treated as inferior, the country stepped forward with the passage of meaningful legislation for equal rights for African Americans. And in 2015, after years of unequal treatment for same-sex couples, marriage equality became the law of the land following relentless grass-roots efforts that changed the hearts and minds of the country and culminated in an historic Supreme Court decision.

Pursuing an idealistic vision of what America can be reminds us that more must be done. This moment requires action, and action is not inevitable.

The boys and their family have since moved across the country. The father now works with American veterans he served alongside in Afghanistan, and the boys are doing well. While the family's experience serves as a reminder that we have work to do before we can say we fully live up to America's creed that all men and women are created equal, their story also serves as a reminder of what is possible when we take action, connect with individuals, and display the goodness of America.

In the words of President John F. Kennedy, "Every American who ever lived, with the exception of one group, was either an immigrant himself or a descendant of immigrants." Let us remember where we ourselves came from, and let us take action to reclaim the goodness, and greatness, of America.

Matthew Tully is a 2014 graduate of Catholic High and a 2018 graduate of the University of Virginia.