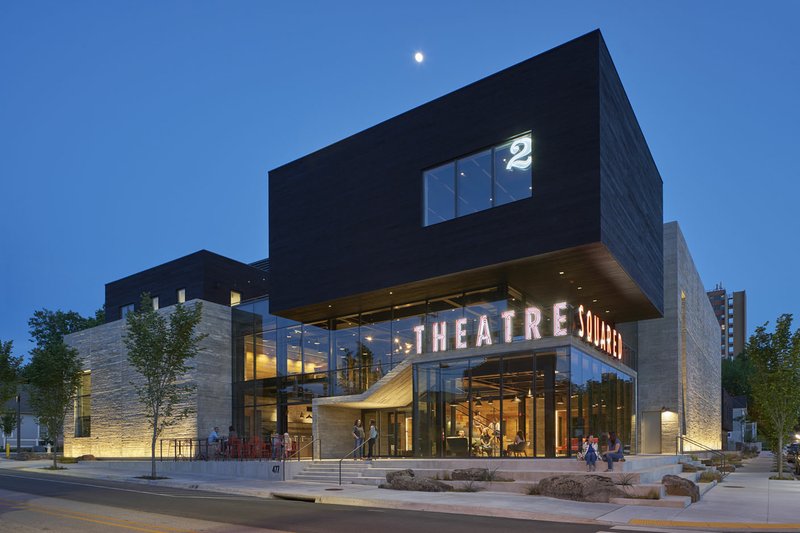 Courtesy Photo Robert Ford, one of the founders of TheatreSquared, can sum up the moment he saw T2's theater design come to life on the corner of West and Spring in a simple sentence. "It's like walking around inside your dream." "Shakespeare in Love" is the first show in T2's new home.

It is nearly two weeks before the very first show to be performed in TheatreSquared's gorgeous new space opens. At this moment, in T2's 1,700-square-foot rehearsal hall, "Shakespeare in Love" actors Steven Marzolf, who plays Lord Wessex, and Matthew Goodrich, who plays Shakespeare, are rehearsing a show-stopping sword fight. Moving at half-speed, the actors are intent as their swords hiss through the air, landing hits with sharp clashes as fight and physical comedy choreographer DC Wright looks on. The choreography of the fight, like the show itself, is grand and spectacular: Stage manager Shannon Jones estimates that "fight call" -- the period at the beginning of a rehearsal where all fights and comedic pratfalls are rehearsed -- includes well over a dozen sequences.

It's not the only thing super-sized about the show. Costume designer Ruby Kemph says "Shakespeare" has 50 individual looks, just edging out "Amadeus," the company's previous record holder for the most costume requirements. Kemph says she spent much of the summer making dozens of phone calls to theaters like the Oregon Shakespeare Festival, Minneapolis' Guthrie Theater and the Alabama Shakespeare Festival to find the lush, detailed costumes to supplement those that she made in-house. At 18 actors, the cast is the largest in T2's history, and the two-story set fills the company's brand new West Theater. The production even has two directors: T2 co-founder and associate artistic director Amy Herzberg and Aimée Hayes, the producing artistic director at Southern Rep Theatre in New Orleans and returning T2 director.

In other words, T2 patrons: Get ready for one of the most awe-inspiring theater experiences of your life, made even more exciting by the fact that it will be audience's first glimpse at the company's new digs.

"Prepare to be amazed," says Goodrich with a smile. "The economics of theater is such that most of the time, you're doing small shows with only four or five actors -- what a theater can afford -- and corners may get cut. But here, we're all about putting on a good show. And it's an 18-person cast: You don't really get to work with that very frequently."

Joanna Sheehan Bell, T2 director of marketing and communications, says that, while the play was certainly chosen to show off everything the new theater has to offer, there is also a deeper meaning to the choice.

"I think [choosing it] had a lot to do with the script being a love letter to theater," she says. "It's all the things you love about the stage, put on the stage."

"We are all so in love with our new space and the prospect of all the art that will be created there -- this play just seemed like the perfect expression of what is in our hearts," adds Herzberg.

The play, an adaptation of the 1998 Oscar-winning movie, follows the trials and tribulations of young Will Shakespeare as he struggles to complete a play that he's promised to two separate theaters. When he meets the beautiful and talented Viola de Lesseps, their relationship inspires Shakespeare to write "Romeo and Juliet." Mistaken identities, gender swapping and hilarity ensue.

"It's everything that an actor wants to talk about," says Stephanie Bignault, who plays Viola. The University of Arkansas MFA graduate was last seen in "Great Expectations" at T2. "It's the passions of theater and the reason why we love to do it. Amy has been reiterating over and over that it's like a love letter to theater, as well as a love letter to love in general -- all different kinds of love. Love between friends, love between lovers. I get to kind of go up there and speak from my heart. It didn't have to really turn a lot of knobs for this one, which was nice."

Bignault and Goodrich agree that the theatrical adaptation of the original movie does a great job of delivering the spectacle to the stage.

"When I first read the play, I was really curious how it was going to translate from film to stage," says Bignault. "There are so many theatrical devices that are inherent to this story. But it's amazing -- we've got things that are so much more exciting to see in person than to see onscreen."

"Traps in the stage!" says Goodrich.

"And a dog," they finish together, laughing. 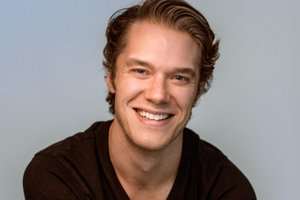 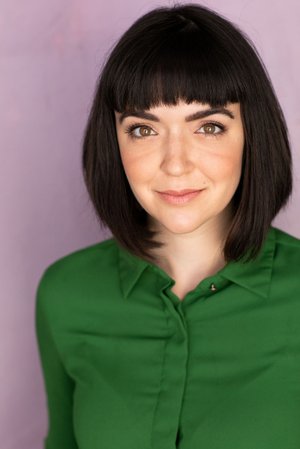 Print Headline: In Love With Theater