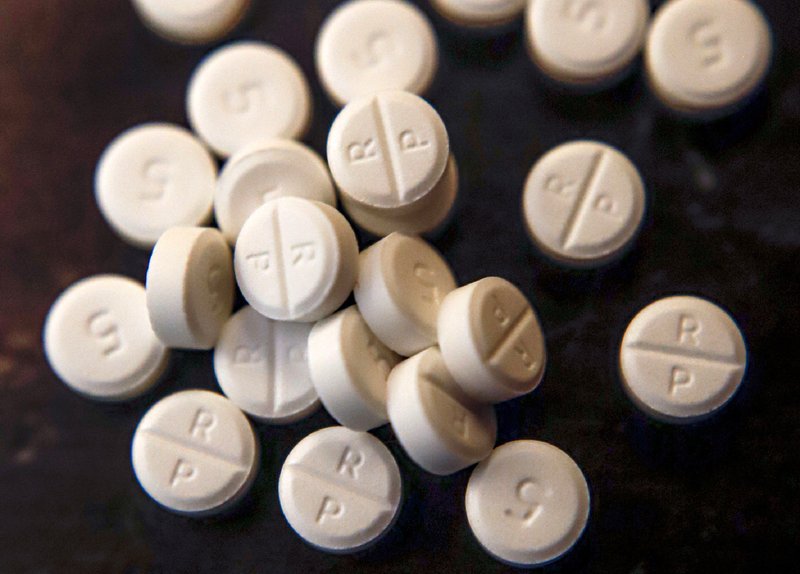 A federal grant for nearly $1 million will pay for opioid abuse prevention training over the next two years in five north Arkansas counties, a local nonprofit announced Wednesday.

The U.S. Department of Agriculture is giving $998,834 to Winrock International, which has partnered with the University of Arkansas for Medical Sciences and Ozarka College to administer the grant in Baxter, Fulton, Izard, Sharp and Stone counties, according to a Winrock news release.

Named the Delta Understanding and Preventing Substance and Opioid Abuse in Rurality program, the effort will educate residents on recognizing drug dependence, how to get help and how to respond to an overdose, according to the news release.

"There were some alarming indicators that led our team to prioritize these five counties," said Chris Hancock, a spokesman for Winrock International.

Arkansas has the second-highest rate of opioid prescriptions in the nation, according to the federal Centers for Disease Control and Prevention. President Donald Trump declared the deadly opioid epidemic a public health emergency in 2017.

Studies have drawn a correlation between increased prescribing of opioids and their abuse. The targeted counties have some of the higher prescription rates in Arkansas, from 154 per 100,000 population in Stone County to about 96 per 100,000 in Izard County, according to the CDC.

Arkansas' rate in 2017 was nearly 16 drug overdose deaths per 100,000 population. The CDC data include other drugs, but its website says about 68% of all overdose deaths in 2017 were attributable to opioids.

The program will offer live presentations, community events, online learning modules and overdose simulation training, according to the news release.

Five presentations from Ozarka College will be live streamed and available for free online. Ten online educational modules will also be available online, according to the release.

Training will be tailored to the five counties, and aspects of the program are derived from previous initiatives at Johns Hopkins University and the American Medical Association, Hancock said.

Chris Lorch, an associate vice president at Ozarka College, said that college officials are still working on the exact curriculum for the training and that the three groups are looking into hiring a director to administer the grants.

"We're really excited to have this opportunity," Lorch said. "I think that it's a great thing that we can get out in our communities and hopefully really make an impact with the people that we serve in our community service area."

Ozarka College is in Melbourne in Izard County.

Dr. Curtis Lowery, a professor and director of the UAMS Institute for Digital Health & Innovation, said his organization will provide the infrastructure necessary to administer the grant.

UAMS has previously provided live-streamed training on issues such as strokes and high-risk pregnancies, Lowerysaid.

The program will also utilize the UAMS Centers for Simulation Education for hands-on training on how to administer naloxone, a medication that can help reverse an opioid overdose, Hancock said.

"I think the first thing is awareness of a problem, and then you begin to plan interventions to do something about it," Lowery said. "I think this [program] can lead to more people getting into aggressive treatment programs and reduce some of the horrible deaths we've been seeing." 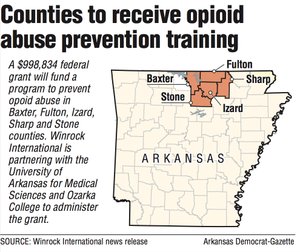