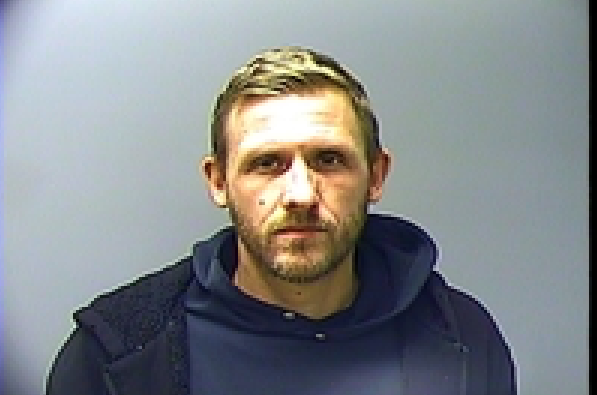 The attorney for a Mountain Home man accused of threatening CNN says "there is good cause to believe" his client isn't fit for trial because of a mental disease or defect, according to documents filed Tuesday in Baxter County Circuit Court.

Benjamin Craig Matthews, 40, made more than 40 threatening calls to CNN headquarters in Atlanta from Oct. 31 to Nov. 2, according to a probable-cause affidavit. He was arrested last year on Election Day, Nov. 6.

On Tuesday, Mark Cooper, Matthews' public defender, filed a notice indicating that Matthews will rely on the defense of mental disease or defect. Cooper also filed petitions for a fitness-to-proceed examination and a criminal-responsibility examination.

In one call, according to the affidavit, a caller asked the CNN switchboard operator, "Could I be directed to DL's dead body hanging from a tree?"

Another time, a caller asked if he could be directed to "pipe bombs for DL." That call was placed one week after Cesar Sayoc was arrested in connection with more than a dozen pipe bombs that were sent to prominent Democrats and critics of President Donald Trump. Some of the bombs were addressed to CNN contributors and mailed to CNN offices.

Another call spoke of "bloody pictures of DL cut up in small pieces, like the movie Saw," according to the affidavit from Sgt. Brad Hurst with the Baxter County sheriff's office.

The calls began shortly after Oct. 29, when CNN host Don Lemon, who is black, said on a live show regarding people heading north from Central America that, "We have to stop demonizing people and realize that the biggest terror threat in this country is white men, most of them radicalized to the right, and we have to start doing something about them. There is no travel ban on them. There is no ban -- you know, they had the Muslim ban. There is no white-guy ban. So what do we do about that?"

In a broadcast two nights later, Lemon referred to his previous comment: "I said that the biggest terror threat in this country comes from radicals on the far right, primarily white men. That angered some people. But let's put emotion aside and look at the cold hard facts. The evidence is overwhelming."