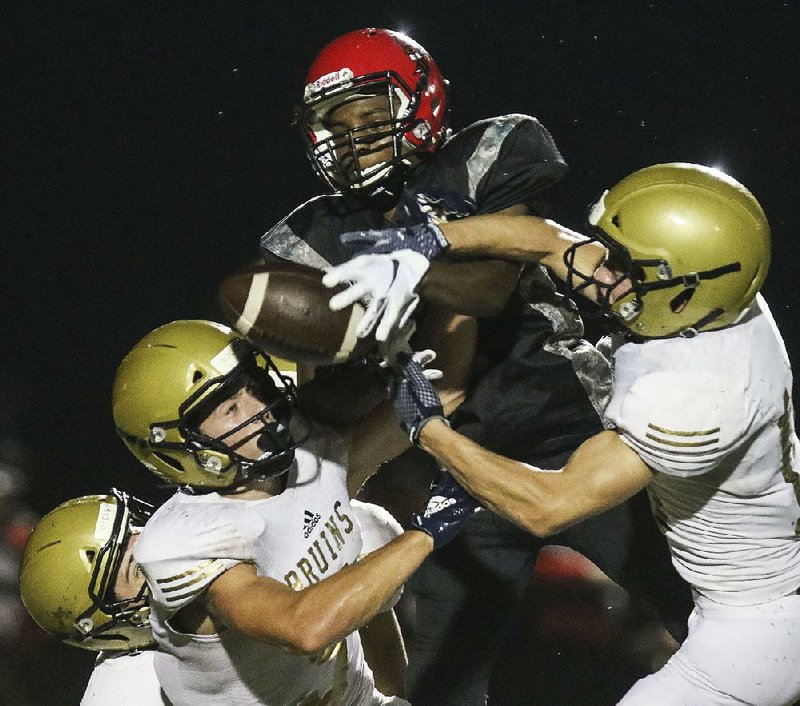 Maumelle started the 2018 season 3-0 and felt confident about reaching the Class 5A playoffs for the first time since 2014.

The Hornets defeated Pea Ridge, Vilonia and Mills in their nonconference schedule to build momentum.

Once the Hornets entered 5A-Central Conference play, they couldn't handle prosperity and missed the Class 5A playoffs for the fourth consecutive season.

"They lived it," Horton said. "They saw every single moment of it. We got too high after a really good start. We didn't respond well to adversity. We had a couple of rain games.

Maumelle's offense, led by wide receiver Zyon Slade, averaged 38.8 points last season. The Hornets were in a shootout with eventual Class 5A state champion Little Rock Christian, but lost 87-66 to the Warriors in Little Rock.

Horton said the Hornets' offense should be explosive again.

"We're going to score some points," he said.

"We could put him anywhere," Horton said. "There's not many players like him. He's got blazing speed. He can cut on a dime. He catches the ball well. He can take the ball in the backfield and do good things with it."

Although Maumelle's offense didn't have a problem scoring points, its defense allowed at least 30 points in four of its seven conference games. Maumelle allowed 33.4 points per game defensively, which Horton hopes to fix in 2019.

"We struggled defensively last year," Horton said. "The real key for us this year is buffing that up. I really like what we've been trying to do. We're going back to the basics and doing what we do really well and not being very complicated."

Maumelle plays in one of the toughest conferences in the state in the 5A-Central, which features the past five state champions in the classification: Little Rock Christian (2018) and Pulaski Academy (2014-17).

Hornets at a glance

Horton is focusing on his team, not on how tough the league is or has been.

Horton has been part of the Hornets program for 12 seasons, going back to when the program was at Pulaski Oak Grove in North Little Rock. Maumelle's last playoff appearance was five years ago when it won 10 games and reached the Class 5A quarterfinals against Wynne.

"Really, what it all comes down to is the mental capacity of the players. Can we survive adversity? When we've done that, we've had some groups come through that have done well and have had good seasons. Lately, that's been an Achilles for us and we're trying to fix that where we can have winning seasons and successful seasons."