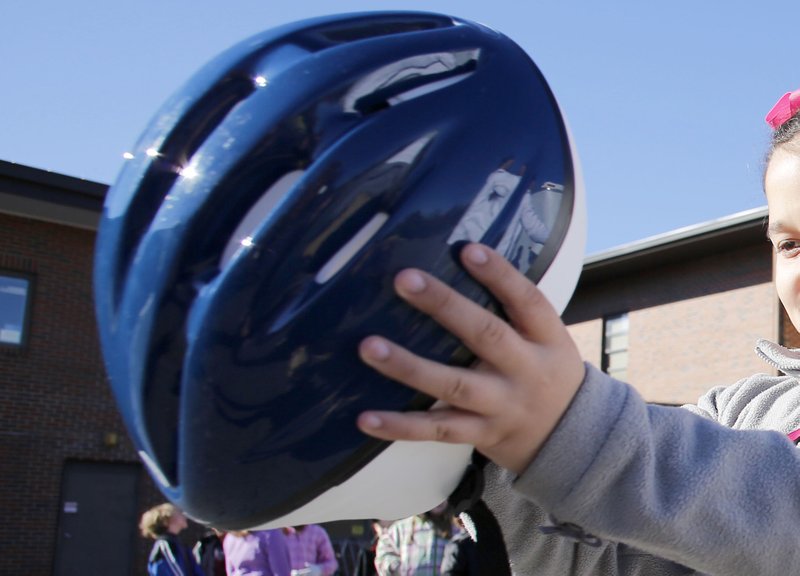 A lot of times people want to ask me about my stance on bike helmets when they learn I'm a bicycle coordinator for a city.

Many people are extremely passionate on the topic so there can be a lot of emotions tied up in these questions. It can get very personal, especially for anyone who has ever taken a header falling off a bike or had a loved one badly hurt or even killed in a bike crash.

Many people ask me why helmets aren't required by law. And some suggest that helmets ought to be mandatory in some way or another.

I always tell these folks the same thing: Helmets are great. They absolutely save lives. I always wear a helmet, and I encourage others to do the same. But, Arkansas has no helmet law -- and that's actually good.

The number one thing that makes riding a bike safer isn't equipment -- it's having more people on bikes in the community where you're riding.

This "safety in numbers" principle is on full display in bike-friendly Denmark. In this country, 60% of people ride a bike to work, helmets are rarely worn and crash rates are very low.

Helmet laws, where they have gone into effect, have diminished ridership and have unintended consequences. Decreased ridership makes riding more dangerous for cyclists who do continue to ride because they find themselves alone on the road.

Australia mandated helmet use for all cyclists in the mid-1990s. As a result, the Ausies saw a 37% dip in ridership, and, at the same time, saw a 30% increase the crash rate.

Some research suggests people tend to take more risks and ride faster while wearing a helmet. Other studies show drivers tend to give helmeted riders a little less space on the road when passing.

Riding a bike is ultimately a very safe activity if you do it right. Mandating helmets for people riding bikes would put biking in the same category as inherently concussive activities such as football, hockey or Olympic boxing.

Again, helmets are never a bad idea, but it's all about choice and context.

If you're bombing down a mountain biking trail or riding fast on a busy highway, you'd be a fool not to wear a helmet. But if you'd rather feel the wind in your hair on a leisurely Sunday cruise on a quiet neighborhood street, who's judging?

I've actually done some pretty extensive local research on helmet use, and, according to data I've collected, almost exactly half the people who ride a bike in Fayetteville do so without wearing a helmet. These numbers are in line with national averages.

Do I wish more people would wear helmets while biking? Yes, but I'm mostly just happy to see so many people out enjoying riding a bike in Northwest Arkansas.