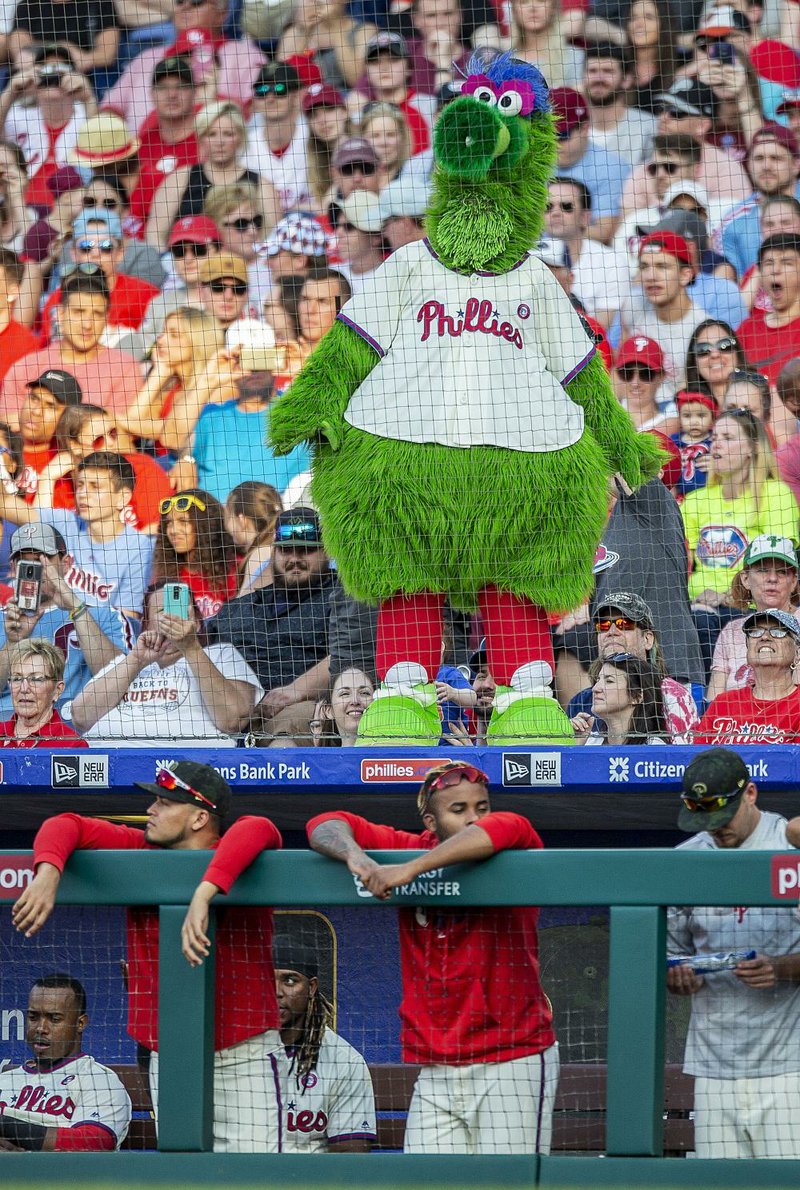 The Philadelphia Phillies have sued the New York company that created the Phanatic mascot in order to keep the team’s rights to the fan favorite.

NEW YORK -- The Philadelphia Phillies have sued the New York company that created the Phanatic mascot to prevent the green furry fan favorite from becoming a free agent.

In a complaint filed Friday in U.S. District Court in Manhattan, the team alleged Harrison/Erickson, a design and marketing company which developed the Phanatic, threatened to terminate the Phillies' rights to the mascot next year and "make the Phanatic a free agent" unless the team renegotiated its 1984 agreement to acquire the mascot's rights.

The lawsuit seeks to maintain the 1984 copyright agreement between Harrison/Erickson, while blocking any other entity from using the Phanatic or selling Phanatic-related merchandise, to collect unspecified damages, and "to ensure that Phillies fans will not be deprived of their beloved mascot of 41 years."

The Phillies asked for declaratory judgments affirming their rights and sued H/E claiming unjust enrichment and breach of good faith.

A message left Saturday on the recorder that answered the company's telephone was not immediately returned. The Phillies said the team does not comment on pending litigation.

In its complaint, the team said it contracted with Harrison/Erickson in 1978 at the behest of then-Phillies executive vice president Bill Giles to develop the mascot for $3,900 plus expenses, which turned out to be about $2,000. The Phillies said they reached an agreement to cover promotional items, paid Harrison/Erickson more than $100,000 in royalties and were sued by the company in 1979. As part of the settlement later that year, the Phillies said they made a $115,000 one-time payment and agreed to pay $5,000 annually, increasing by $1,000 per year.

The Phillies said they reached an agreement with H/E in 1984 to buy all rights to the "artistic sculpture known as the 'Phillie Phanatic' " for $215,000.

Standing 6-foot-6 and boasting a 90-inch waistline with a "slight case of body odor," the Phanatic hails from the Galapagos Islands, and enjoys eating cheesesteaks, soft pretzels, hoagies, scrapple, and Tastykakes, according to his biography. His favorite movie is Rocky and his favorite song is "Motown Philly."

Bonnie Erickson, one of Phanatic's creators and a defendant in the lawsuit, is also known for her work with Jim Henson and the Muppets, creating puppet characters such as Miss Piggy, and Statler and Waldorf.

The team said Harrison/Erickson lawyers sent a letter to the Phillies on June 1 last year claiming H/E had the right to terminate the 1984 agreement and saying absent a new deal, the Phillies would not be able to use the Phanatic after June 15, 2020.