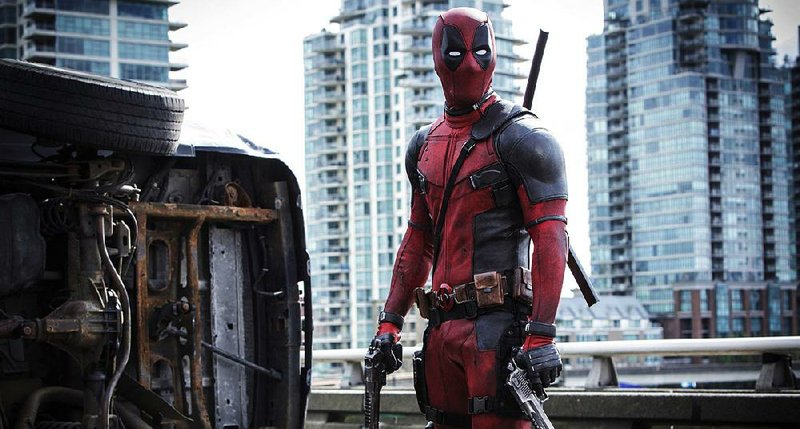 Ryan Reynolds is the only Deadpool in our critic’s heart. How will he fit into a PG-13 universe?

While some fans celebrated the return of the X-Men film rights to Marvel with the Disney/Fox takeover, it left Marvel Studios with a few difficult tasks, namely how to merge franchises like X-Men and the Fantastic Four into its well-established cinematic universe. Most of it will get rebooted, but there's one piece of it they need to keep the same. And it won't be easy.

While the X-Men films came to a close with the whimper that was Dark Phoenix, the franchise had some high points, such as X2: X-Men United, X-Men: Days of Future Past and, of course, the greatest superhero film of all time, Logan. It'll be sad to see Patrick Stewart and Hugh Jackman recast, but I understand it's necessary. They got their closing chapters with Logan.

And then there's Deadpool. This character started off as the only good part of X-Men Origins: Wolverine and is now one of the best parts of Fox's X-Men universe. Ryan Reynolds was born to play the Merc with a Mouth. And it's thanks to his leaking of test footage that got fans fired up to pester Fox for a Deadpool movie.

I can remember not knowing what to expect with Deadpool back in 2016. I was living in Conway at the time and thought it'd be a funny take on superheroes with some occasional breaking of the fourth wall. I hadn't read the comics. So when I saw just how bloody, intense and raunchy it was, I was taken aback.

It wasn't as though I was some Puritan whose innocence had been shattered. I just wasn't expecting so much smut, and that was my fault for not being familiar with the Deadpool comics. Reynolds warned viewers not to bring their kids. This wasn't their superhero movie. And he was right. Deadpool was a hero for adults.

Marvel can't recast Deadpool. Ryan Reynolds is the Deadpool. He fought for the character and plays him perfectly, with all the snarl and snark that comes with this antihero. Plus, his two movies have been big financial successes, even though they were Rated R. Deadpool made more than $783 million, and Deadpool 2 made around $785 million. Both movies had great reviews as well.

Reynolds is still going strong and ready to play the character again, and fans will revolt if Marvel tries to take that away from him. So what else can Marvel do except incorporate him into the cinematic universe, a universe that won't even let Samuel L. Jackson's Nick Fury drop an F-bomb (despite PG-13 films being allowed one use of the "F" word).

Marvel Studios has already said it'll be a hot minute before we see the X-Men pop up in the MCU. The company revealed all the movies for its "Phase 4," and the X-Men aren't showing up yet, which means Deadpool probably isn't either.

With that said, Marvel Studios doesn't seem too keen on ditching its family friendly superheroes. Annoyingly, film studios seem more interested in keeping their stories PG-13 to cram as many butts into seats as possible. And, I get it ... money. But some movies and stories need to be R-rated. That's part of what makes Logan the greatest superhero movie of all time. Fans finally get to see him tearing people to bloody pieces with his claws.

When Sony released Venom, fans begged them for a R-rated version, but the studio went for that PG-13 rating. Venom is a character that needs an R-rated story to be done right. The movie ended up being just OK, when it could have been spectacular.

So this is Marvel Studios' first Herculean task with Deadpool, get this R-rated character into a PG-13 universe without angering fans or losing his crude humor. Disney CEO Bob Iger said in February that Disney would keep making R-rated Deadpool movies. And that's fantastic. But the MCU is full of crossovers, and if we want to see Deadpool pop up in a future Avengers flick, he's going to have to be toned down.

How does Marvel Studios put Deadpool into a scene with Tom Holland's Spider-Man and keep him crude, funny and family-friendly? It's a difficult formula. There may be a blueprint in Once Upon a Deadpool, the PG-13 cut of Deadpool 2. I didn't have any interest in the product, but maybe it provides a way forward to keep fans happy and Marvel Studios safely in the PG-13 territory for crossover moments. Because what is Deadpool made for if not hilarious crossovers?

Marvel Studios' second challenge is to figure out how much fourth-wall, looking at the camera while smiling, wink-wink, nudge-nudge moments Deadpool will get. Does Deadpool pull out his own Infinity Gauntlet and snap Thanos back into existence for a moment? Or do the film executives limit him to talking to the audience once or twice? Fourth wall-breaking humor is essential to this character, and Marvel Studios is going to have to figure out if it'll be dialed up to 11 or maybe somewhere down near six or seven.

Blade is in a similar situation. This franchise proved R-rated Marvel movies could make good money well before Deadpool came onto the scene in 2016. Mahershala Ali (who filmed True Detective season three up in Northwest Arkansas) will be the new Blade, and all I'll say is I hope he gets to be in an R-rated vampire bloodfest. These are denizens of the night for crying out loud. Let there be blood!

Reynolds has hinted that Deadpool might be planned for Marvel Studios' "Phase 5," which we probably won't see until 2022 at the earliest. So the film execs have plenty of time to figure this out. And they'll need that time. I want to see them do these characters justice. But what I truly want is an R-rated Ghost Rider movie, one that keeps Nicolas Cage far, far away. Oh well, a gal can dream.

Print Headline: Marvel Studios has a difficult task ahead