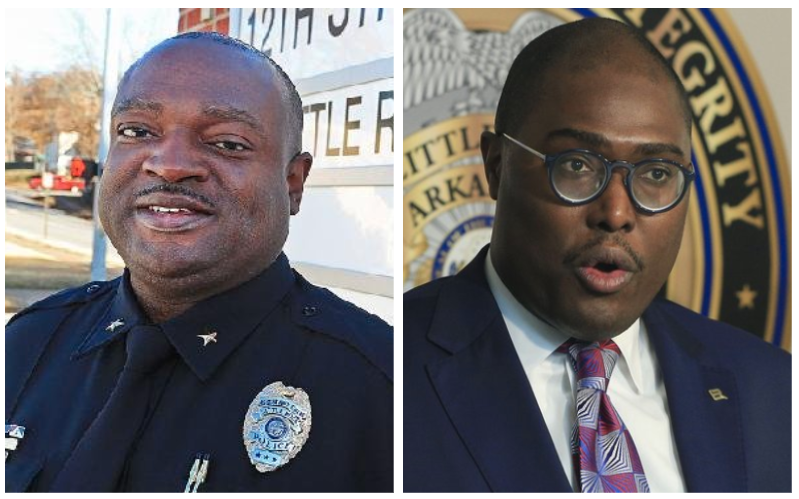 During his job interview for the Little Rock police chief position, Assistant Chief Hayward Finks said, Mayor Frank Scott Jr. asked him the same question four times: Who would you fire first if you were hired as police chief?

The early March interview came at a time when the department was investigating a shooting in which Little Rock officer Charles Starks fatally shot 30-year-old Bradley Blackshire during a traffic stop. At the time, Starks, who was eventually fired, faced criminal charges.

Finks said in an interview Wednesday that it was clear to him what the mayor was after with the repeated question.

"I told him, 'Mr. Mayor, I can see where you're going with this, and I think it's inappropriate for me to talk about an ongoing investigation,'" Finks said. "When the question was asked, I knew what he meant."

Scott's interest in Starks' job status came up during a Little Rock Civil Service Commission appeal hearing last week over the officer's April 19 firing. Finks testified that the mayor had pressured police leaders to finish their investigation quickly and fire Starks. Another assistant chief, Alice Fulk, told the commission that Scott asked on the day of the shooting if Starks could be fired immediately.

The mayor's apparent pressure to have Starks fired before the department's investigation had run its course raises fairness and due process concerns, said an expert in public opinion on crime and justice issues.

"There's a need for checks and balances for the mayor to have trust in the judgment of the Police Department and the police chief," said Kevin Buckler, associate professor of criminal justice at the University of Houston-Downtown. "On its face, it's very problematic in terms of due process and the notion of going through a process and having an independent review of circumstances before we get to an outcome. It doesn't seem like that's what the mayor wanted to happen in this situation."

After a license plate reader identified the vehicle Blackshire was driving as stolen on Feb. 22, Starks followed the car into a parking lot near Rodney Parham Road and Kanis Road. After telling Blackshire multiple times to exit the vehicle, the car slowly rolled forward, grazing Starks' hip and then knocking the officer off his feet and onto the hood.

Starks' knee was injured. Starks opened fire. Blackshire was hit by eight of the 15 gunshots Starks fired and died at the scene.

Assistant Chief Wayne Bewley, who was the acting chief at the time, placed Starks on paid administrative leave, which is standard procedure in cases of an officer-involved shooting. Three days later, Bewley relieved Starks of duty, meaning Starks could no longer work in any capacity for the department while the shooting was under investigation.

On March 6, 13 days after the shooting, the Little Rock Police Department submitted its findings from an investigation into the shooting to Pulaski County Prosecuting Attorney Larry Jegley's office.

"In nearly 30 years with this office, I cannot recall any felony case file -- much less an officer-involved shooting resulting in death -- being turned in to this office in 13 days," Jegley said. "The average time for most felonies ... being turned in is 45 to 90 days, usually between 45 and 60."

Some of the information in the file was unclear, Jegley said, and the prosecuting attorney's office had to ask multiple times for clarification. Investigators submitted a draft of a case summary instead of the final version and had to send the final document later. The reason for the rush, Jegley said, was pressure from the mayor's office.

"The officers did a commendable job given the circumstances under which they were operating," Jegley said. "I was told they were under a tremendous amount of pressure to get the case file completed. ... I was informed that the mayor had put them under tremendous pressure to rush the investigation, to hurry it."

On April 19, 43 days after the file was turned over to the prosecuting attorney's office, Jegley announced that Starks would not be charged in the shooting.

Jegley said he first called Blackshire's family to schedule a time to meet and tell them the decision. Then he called Police Chief Keith Humphrey, who became the chief on April 15, to tell him that Jegley would be meeting with the family that afternoon.

"He called me back at the behest of the mayor and asked if I would delay the meeting until the following Tuesday, which would have been the 23rd," Jegley said. "I said I understood he was following directions and expressed my shock and a few other emotions about why in the world, after all this, the mayor wanted us to delay this grieving family. I said, 'Hell no, I'm not going to do that.'"

On April 22, the Blackshire family had planned to rally at the state Capitol to call for Starks' arrest.

"They have a right to an answer, whether it's the one they want or not," Jegley said. "And they expected an answer that day. To this day I am vexed that such a request would be relayed to me on behalf of the mayor because I don't think it was very considerate for the feelings of the Blackshire family."

Scott, however, said he never asked for Jegley to delay the release of the decision not to prosecute Starks.

Humphrey said he and the mayor did talk about safety concerns surrounding the release of the prosecutor's decision and that he had spoken with Jegley about those safety concerns, as well.

"It was about the safety of the city, and we did not know what to expect," Humphrey said. "Once that happened, there started to be posts regarding protests."

Just over two weeks after the decision not to prosecute was announced, Starks was fired, despite recommendations from his entire chain of command that he be retained.

Scott said Wednesday that there was no undue rush on his part to have Starks' fired. "It's disappointing that certain things have been misleading and mischaracterized," he said.

Humphrey, who was hired on March 21, said Scott never directed him to fire Starks.

"I think the thing that's frustrating is the integrity of the mayor and the police chief is being challenged," Humphrey said. "If any supervisor would want to direct me to fire somebody, I wouldn't have taken the job."

During the final rounds of interviews before Scott hired Humphrey, Humphrey said the mayor mentioned four major issues that Humphrey would face if hired: controversy surrounding the department's use of no-knock warrants, the citizen review board the mayor hoped to implement, the Starks investigation and the need to strengthen the department's relationship with the community.

"That's an integrity thing. The mayor and I have a good relationship," Humphrey said. "If I couldn't trust the mayor, I would not have accepted this job. I'm not going to accept a job where I cannot trust the people I work with."

When asked after last week's Civil Service Commission hearing if he'd heard that Scott had pressured the Police Department to quickly investigate and terminate Starks, Humphrey said he'd heard it from officers after he started working.

"I can't speak for those two assistant chiefs," Humphrey said. "I don't know why they said it. I don't know what happened. I can tell you that that was never brought up in my process or since I've been here."

Finks said he spoke out about the mayor's actions because he felt he needed to advocate for his officers.

"I have not publicly said anything until this point, and I was reluctant to now," Finks said. "I have a responsibility to hold my officers accountable when they do wrong, but also to stand up for them."

Scott declined to comment on any subjects that came up in testimony during Starks' hearing last week.

"We have a current civil service hearing that is in process," he said. "There are certain things that I can't discuss. I don't want to have any influence over that hearing."

The Civil Service Commission hearing was cut short last week after Starks' attorney, Robert Newcomb, broke his wrist in a fall at City Hall. Newcomb had outpatient surgery on his arm Tuesday and said he would likely need two or three weeks to fully heal from a concussion.

Ronnie Morgan, president of the Fraternal Order of Police, pointed to the assistant chiefs' nearly 60 years of combined experience when he said he didn't understand the scrutiny of Finks' and Fulk's testimony.

"We have no reason to doubt the veracity of their statements," Morgan said. "They are decorated officers with long-lasting careers with the Little Rock Police Department. They were under oath when they gave it."

James Golden, a professor of criminal justice at the University of Arkansas at Little Rock, said the allegations that Scott pressured the department over Starks' status give "the appearance of micromanagement."

"Anytime a mayor pressures the department, then that can be a reflection on the mayor," Golden said. "In theory the mayor hired the chief because he is the subject-matter professional. In an ideal world there would be no micromanagement in police agencies."

When asked Wednesday whether a mayor or other authority figure pressuring a Police Department to choose a certain outcome before an investigation is complete violates due process, Buckler said there is no case law that would make the answer clear.

"It's difficult to say when something like this is a violation of due process in case law. I've just not heard a case where this literally happened day one," Buckler said. "But in terms of a common sense understanding of due process and what that means, I would say absolutely."

In addition to the short-term effects on his case, Newcomb said he fears the long-term implications of the mayor's actions. 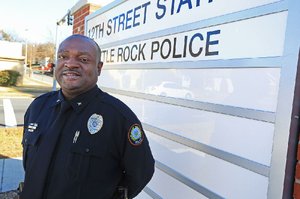 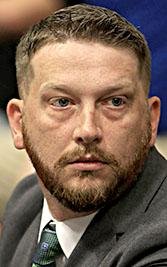 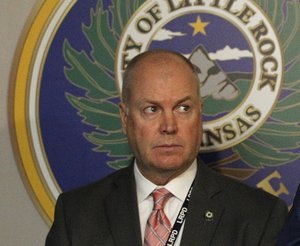 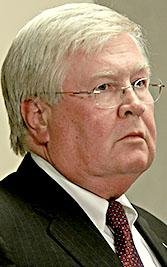 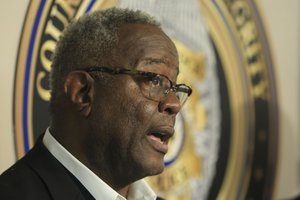 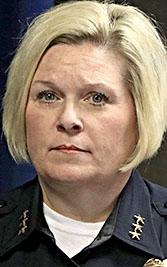