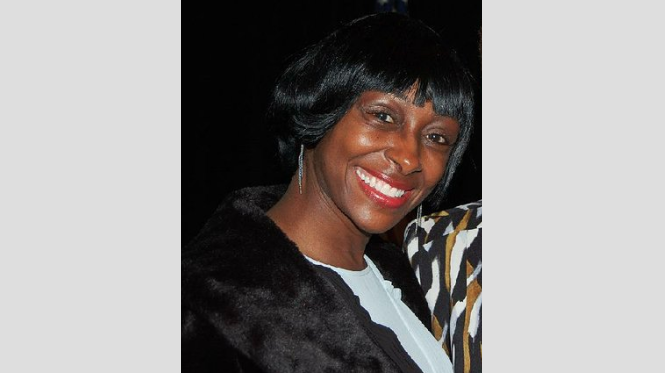 Arkansas suspended a Little Rock mental health care provider from the Medicaid program Thursday after its owner and chief executive was booked on charges of Medicaid fraud and attempted tax evasion, officials said.

Charging documents show the accusations against Bazzelle are intertwined with the state's widening investigation into former Arkansas lobbyist Milton "Rusty" Cranford and Missouri-based Preferred Family Healthcare, which was once Arkansas' largest provider of mental health services.

The Department of Human Services on Thursday suspended New Beginnings from participating in the Medicaid program, agency communications chief Amy Webb said. The decision followed a recommendation by Office of the Medicaid Inspector General Elizabeth Smith based on a "credible allegation of fraud," Webb said.

"We'll work with New Beginnings and make sure that all clients are taken care of," Webb said, adding that officials were reviewing a letter to send today to the company's clients.

"We will need to have a better understanding of what happens to the New Beginnings organization before we know [the] next steps," Smith said. "However, it is our commitment to continue to provide support and mental health services to the 610 students impacted by this development."

The Gosses and Hutchinson pleaded innocent to all charges, which included criminal conspiracy, bribery, theft and honest services fraud.

Raveendran worked for the Human Services Department for 30 years and was working in the Office of the Medicaid Inspector General when he retired in February 2014. By May 2014, he was working as a vice president for Preferred Family and a consultant for New Beginnings, according to the affidavit.

Swindle's affidavit says Medicaid rules required Bazzelle to "disclose any subcontractors being paid over $25,000 a year." Cranford collected $5,000 a month from New Beginnings for lobbying from 2009-2014, the affidavit says. Beginning in 2014, Bazzelle paid Cranford and Raveendran at least 5% of the company's weekly Medicaid earnings, it says.

Bazzelle's attorney called the affidavit a "selective misrepresentation of the facts." Bazzelle hired Cranford and Raveendran to advise her, and they weren't reported as contractors because they did not provide Medicaid services, Sylvester Smith said. He said investigators opted to "prosecute the victim" of fraud committed by those advisers.

"We have a different legal opinion than [Human Services Department] and the [Rutledge's] office in regard to whether or not she was required to disclose people who were vendors to her company that did not provide Medicaid services," Sylvester Smith said.

A governor's appointee to the state board that regulates and licenses counselors and therapists, Bazzelle was profiled by Arkansas Business in 2017. Two weeks ago, she joined other providers in publicly testifying against the state's shift to managed care before a state Senate panel.

Bazzelle's formation of New Beginnings in 2010 made her the only woman and only black person to solely own a Medicaid-enrolled behavioral health company in Arkansas at the time, according to the Arkansas Business story.

Also at the time, Arkansas was in the midst of what became a 10-year statewide moratorium on new Medicaid-funded mental-health clinics. Officials imposed the ban in 2008 amid exorbitant growth in spending on the so-called Rehabilitative Services for Persons with Mental Illness program, sometimes abbreviated RSPMI.

Swindle's affidavit called the program's rules "flawed" and said Human Services Department "leaders of 2008-2013 did not seem to understand the problem with the implementation of the RSPMI program ..." The department's attempt in 2013 to address a specific billing process "created a system vulnerable to fraud, waste, and abuse," it says.

The Arkansas Democrat-Gazette examined the moratorium in depth for an article late last year. The newspaper found that state officials repeatedly extended what was initially designed as a one-year freeze because they were unable to fix what they viewed as a flawed program.

Because the policy blocked new providers, it slowed growth in Medicaid spending. But it did not address the fundamental problems that made the system susceptible to abuse, making the program profitable for firms such as Preferred Family, the newspaper reported.

Cranford, whom repeatedly lobbied to keep the ban in place, helped Bazzelle circumvent the freeze on two occasions, according to Swindle's affidavit.

Cranford, Raveendran, Bazzelle and an unidentified fourth person "manipulated the moratorium rules" both when setting up New Beginnings in 2010 and when opening a new clinic near Pine Bluff in 2016, the affidavit alleged.

New Beginnings billed $25.5 million to Medicaid for outpatient mental health treatment from fiscal years 2011-18, state data show. Its annual billings increased each year beginning in fiscal 2013, from $1.6 million that year to $5.8 million in 2018.

Bazzelle was among providers who testified two weeks ago at a Senate Committee on State Agencies Governmental Affairs meeting about headaches caused by the state's shift to managed care for behavioral health.

Under the new system, approved by lawmakers in 2017, Arkansas Medicaid pays provider-led managed care companies a rate based on the number of clients that company has enrolled. The managed care company then pays service providers who treat their clients.

Many providers have complained for months about the shift. Previously, Medicaid paid them directly.

New Beginnings is owed "hundreds of thousands" of dollars in unpaid reimbursements, Bazzelle said April 10, describing difficulty in getting her therapists and qualified behavioral health providers signed up with the state.

Attorney Bart Calhoun of the Little Rock firm McDaniel, Richardson & Calhoun was a lobbyist for New Beginnings and addressed the Senate panel alongside Bazzelle. He said then that the company serves several hundred students in central Arkansas public schools.

"If she was forced to close her doors, there would be hundreds of school children in the Little Rock area that are without mental health services, and that is unacceptable," Calhoun said.

The law firm said Thursday it no longer represents Bazzelle. It was not immediately clear when or why the relationship was severed.

Gov. Asa Hutchinson in 2017 appointed Bazzelle to the Arkansas Board of Examiners in Counseling. Her term expires Dec. 31.

Aside from the felony Medicaid charge, Bazzelle faces a felony charge of attempted tax evasion. She is accused of under reporting her income by a total of $487,525 in 2014 and 2015. Bazzelle filed amended tax returns for both years in May 2017 after learning about an investigation, the affidavit says.

Sylvester Smith, Bazzelle's attorney, said it was "highly unfortunate" that prosecutors filed the charge and said she paid a "substantial amount" in taxes.

"She proclaims her innocence," he said.

"I cannot say that either the investigation of PFH or the arrests are complete," Rutledge said, adding that her office has reviewed more than 2 million documents. "That gives you some idea of the breadth and scope of this investigation. ... It is a complex enterprise."

Information for this article was contributed by Doug Thompson of the Northwest Arkansas Democrat-Gazette.