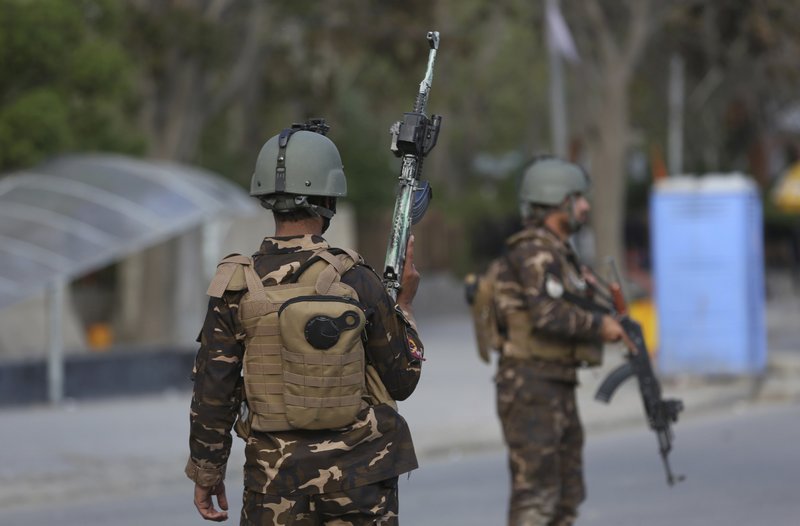 KABUL, Afghanistan -- U.S. Secretary of State Mike Pompeo called Afghanistan's president over the weekend to express Washington's disappointment over the indefinite postponement of Afghan talks with the Taliban, according to a statement released Monday.

The talks were scheduled to start this Friday in Qatar, where the Taliban maintain an office, but were scuttled after a falling-out between the two sides over who should attend.

The gathering would have marked the first time that Taliban and Kabul government officials sat together, a potential milestone in efforts to reach a negotiated end to the war in Afghanistan, America's longest, and the eventual withdrawal of U.S. troops.

The State Department said that in his call with President Ashraf Ghani on Saturday, Pompeo encouraged both sides to come together to agree on participants, saying the talks are Afghanistan's best chance for peace.

U.S. envoy Zalmay Khalilzad, who has met on several occasions with the Taliban and has pressed for Afghan-to-Afghan talks, had expressed hope the Qatar meeting would bring the sides closer to a "roadmap" for a future Afghanistan.

In a second statement released Monday, the U.S. State Department said Khalilzad would travel to Afghanistan, Pakistan, India and Qatar, as well as Russia and the United Kingdom, for further talks. It said the multicountry trip began Monday and will end May 11.

It said that in Kabul, Khalilzad will "consult with the Afghan government and other Afghans to encourage all parties to work towards intra-Afghan dialogue and negotiations to determine a final peace settlement."

In Qatar, Khalilzad will meet again with the Taliban to focus on "national security issues," an apparent reference to guarantees Washington is seeking that Afghanistan will not again be used as a staging area for terrorist attacks. The two sides have also been discussing a timetable for the withdrawal of an estimated 14,000 U.S. troops, a longstanding Taliban demand.

Khalilzad has said they reached a draft agreement on both issues, without elaborating.

The statement said Khalilzad will also press the Taliban to participate in "inclusive" Afghan-to-Afghan talks.

The U.S.-backed government in Kabul has been sidelined for months from the talks with the Taliban because the insurgents refuse to meet with government officials. The Taliban have said they will only meet with Afghans as private individuals and not as government representatives.

Kabul had offered to send a large delegation of some 250 representatives, including government officials, opposition figures and other prominent Afghans. But the hosts in Doha, at the urging of the Taliban, came back with a revised list that drastically reduced the number of women in the delegation and eliminated all government ministers.

Each side blamed the other for scuttling the talks as violence continued. On the ground, Afghan government forces face not only a resurgent Taliban -- who now hold sway over nearly half the country -- but also militants from the Islamic State group, who attacked the heavily-guarded Telecommunications Ministry in Kabul on Saturday, killing seven people.

In another bid to project unity, Ghani is organizing a Loya Jirga -- a traditional gathering of elders and prominent Afghans -- to be held next week in Kabul. But Chief Executive Abdullah Abdullah and others have refused to attend. Both leaders, who have served in a power-sharing government since disputed elections in 2014, are running in presidential elections planned for September.

Ghani's envoy, Omar Daudzai, said the council would lay out the government's negotiating position for future talks with the Taliban. Some 2,500 people are to attend the Loya Jirga, including lawmakers and others chosen by district and provincial councils.

The elections are non-negotiable and will be held in September, Daudzai said, even though Washington may be worried the vote could further undermine chances of a peace deal with the Taliban.