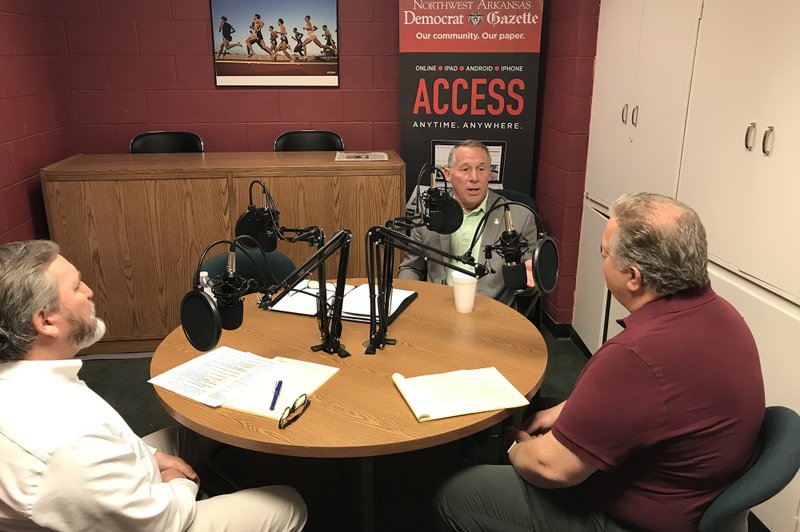 For several years now, longtime Washington County Sheriff Tim Helder has advised other county leaders the county jail, with a capacity around 700 inmates, is operating in "crisis mode" due to overcrowding. Only the Quorum Court, which consists of 15 elected justices of the peace, can authorize expansion of the jail, a project that would likely require an increase in the county sales tax. The cost to add about 500 beds is around $38 million.

In this edition of "Speaking of Arkansas," Greg Harton and Rusty Turner of the Northwest Arkansas Democrat-Gazette interview Sheriff Helder about a $38 million expansion proposal that has stalled in the Quorum Court. Helder responds to ideas put forth by others to reduce the jail population in hopes of avoiding the need for an expansion, including calls for him to end the so-called 287(g) program through which his agency cooperates with federal immigration authorities to review the legal status of people booked into the county jail.

If you'd like to get involved in discussions about the jail at the Washington County Quorum Court, visit https://www.co.washington.ar.us/government/elected-officials/quorum-court/2019-2020-agenda-minutes/2019-agendas to learn more about the agendas of upcoming Quorum Court and committee meetings. Videos of recent meetings may be viewed at https://www.youtube.com/user/washcoar/videos

And, as always, subscribe to the Northwest Arkansas Democrat-Gazette at http://www.nwaonline.com for regular coverage of Washington County issues.