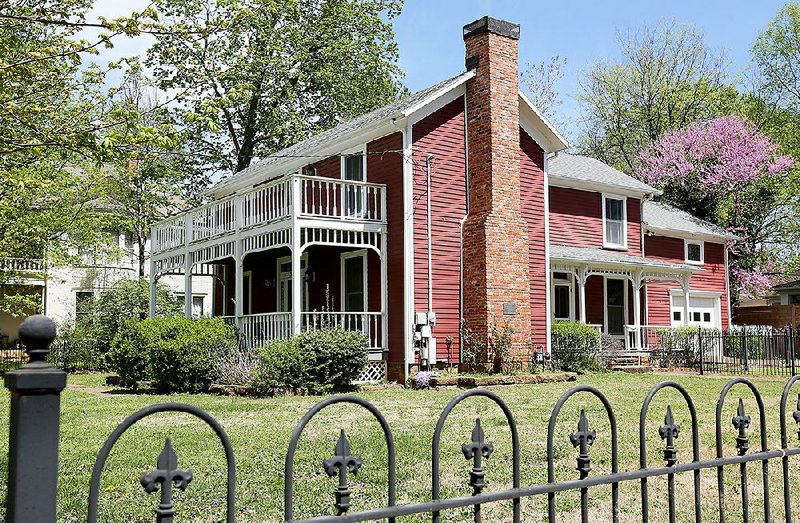 The Wade-Heerwagen House at 338 N. Washington Ave. is shown Friday in the Washington-Willow neighborhood in Fayetteville.

FAYETTEVILLE — Some residents of a historic neighborhood in Fayetteville agree that there needs to be a process to review demolition of historic homes, but they differ on regulations for design aesthetics.

About 20 residents of the Washington-Willow neighborhood spoke last week about proposed guidelines in a draft of a preservation ordinance for the district. The neighborhood encompasses an area east of College Avenue to Olive Avenue and Prospect Street south to Spring Street.

The draft of the report from Thomason and Associates in Nashville, Tenn., presents ways to preserve the architectural character of the neighborhood while allowing for additions and modifications to homes. The City Council in August approved using up to $20,000 to hire a consultant to do the report.

The 113-page document was posted to the city’s website last week. Philip Thoma-son went over the highlights during a Thursday meeting of the Historic District Commission. The report covers the history of the area, the styles of homes, what kinds of materials are ideal to extend the life expectancy of homes and how features such as porches or additions should be handled.

The idea is to replace like with like, keeping the different elements of the home consistent and creating a vibe meshing across homes, Thomason said. The distinction that residents and city officials need to make is which aspects would become regulations and which would stay as guidelines, he said. The report doesn’t weigh in on that distinction.

“It’s what I call the ‘shoulds’ and the ‘shalls,’” Thomason said. “The shoulds are best practices — this is what we would be recommending — versus what’s required.”

The council will have to approve an ordinance for anything to become a regulation. Otherwise, everything in the report will serve as recommendations that residents can choose to follow.

The idea of establishing a preservation ordinance came up in the summer of 2017 after the 138-year-old Stone-Hilton house at Lafayette Street and Willow Avenue was demolished. The new owners said years of neglect made the house irredeemable.

About 50 residents attended a public meeting with city officials soon after and put their heads together on how to prevent such a home from being torn down. The neighborhood, along with four others, is listed on the National Register of Historic Places. Such a designation has no regulatory teeth and is largely ceremonial.

Steve Meldum, a Washington-Willow resident for 23 years, said the requirements need to be few and broad. The ordinance should address demolition because that was the root cause of the discussion, but beyond that, the city risks going down a slippery slope, he said. 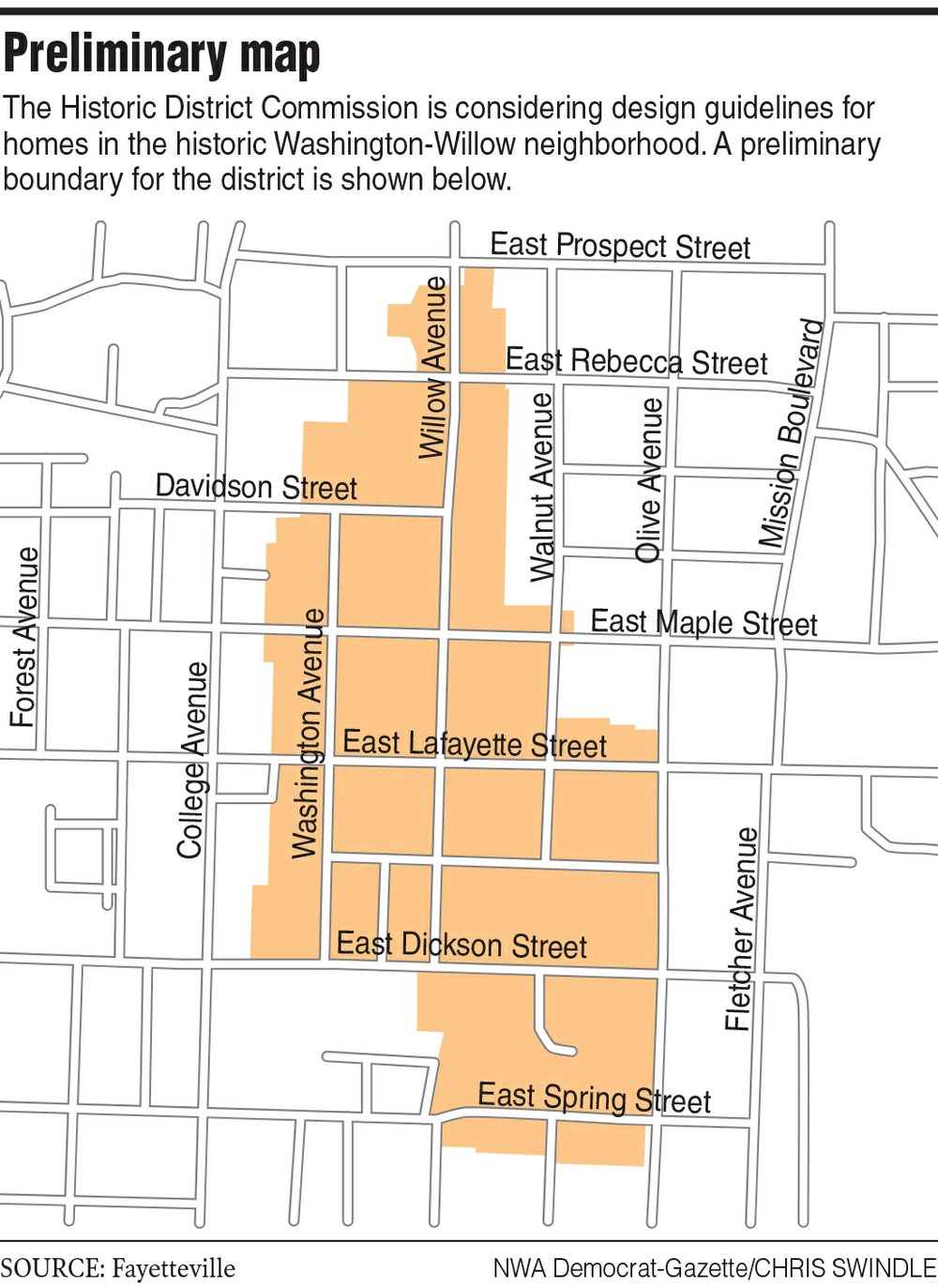 “I think the myriad of guidelines — it’s too much,” Meldum said. “We’ve got to figure out a way to get down to the key issues that are driving the consternation of the historic district.”

Lofty aesthetic requirements could drive up the cost for someone who wants to restore his home and dissuade him from doing so, Meldum said. The guidelines suggest that original, often inefficient windows be covered with storm windows instead of being replaced, or original material be replaced with like material, for example.

Several neighbors seemed amenable to an ordinance that covered only demolition, new construction and additions. In those instances the commission would review those requests.

Such a move would ensure that whatever goes up to replace the demolished structure would fit in with the rest of the neighborhood, Thomason said. Right now, new construction in established neighborhoods is limited only by zoning requirements.

If the commission denied a homeowner’s request to demolish a home, he could appeal the decision in Washington County District Court, said Development Services Director Garner Stoll. A home deemed unsafe by the city’s building safety director would be demolished regardless of the commission’s feelings about it, he said.

Su r veys we n t o ut to 266 homes in the Washington-Willow neighborhood to gauge residents’ interest in establishing a preservation ordinance. Of the total, 94 property owners responded, about 70 percent of whom said they supported the idea.