• Costumes, props and tour items from the Disney Channel's Hannah Montana TV series are going up for auction. The teen sitcom featured Miley Cyrus, who portrayed schoolgirl Miley Stewart by day and international pop star Hannah Montana by night. It helped launch Cyrus' career and the franchise included albums, films and concerts. Highlights of the auction include items from Cyrus' Best of Both Worlds tour such as a black satin jacket, pink tank top and customized high-top sneakers. There are numerous costumes that she wore on the show, which ran from 2006 to 2011. Julien's Auctions announced Thursday that all proceeds will benefit the Wilder Minds charity, which aids the world's at-risk animals. The auction will take place online and at New York's Hard Rock Cafe on May 18.

• Nikki Haley, the former United Nations ambassador and South Carolina governor, has a book deal. St. Martin's Press announced last week that Haley's book, currently untitled, will come out this fall. According to the publisher, the 47-year-old Haley will write about her experiences as ambassador in 2017-18 and her six years before that as governor, sharing "the consequential actions, decisions, confrontations, and behind-the-scenes negotiations that shaped national and world events." Haley also will offer "deeply personal" insights and the "challenges" she faced as a woman during her time in government. "I was blessed to serve during some momentous times as governor of South Carolina and U.S. ambassador to the United Nations," Haley, a Republican, said in a statement. "There were tragedies and triumphs, but through it all my love for America has only grown. My hope with this book is to give people a unique window into recent history and inspire us toward a better future." Financial terms for the book were not disclosed. Haley was represented by Washington attorney Robert Barnett, whose other clients have included former President Barack Obama and Senate Majority Leader Mitch McConnell. Haley has written a previous book, Can't Is Not An Option, which came out in 2012. Numerous former Trump administration officials, from James Comey to Omarosa Manigault Newman, have written best-sellers. Former National security adviser H.R. McMaster has a book scheduled for 2020. 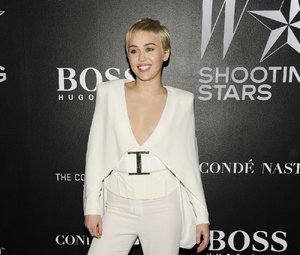 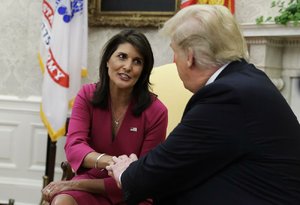