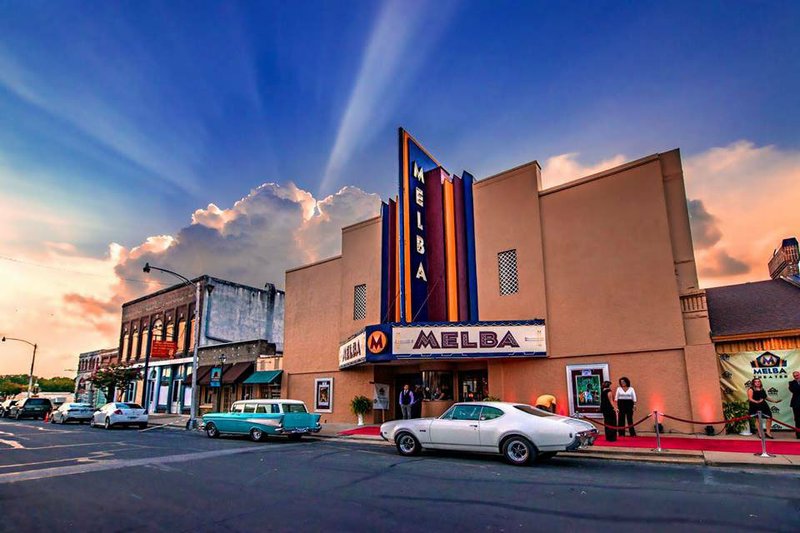 Judy Pest, co-founder and executive director of the Ozark Foothills FilmFest in Batesville, often refers to the annual independent movie showcase as "the smallest film festival in the country."

She's not being modest.

"I'm actually kind of bragging," she says. "I think the fact that we've managed to pull this off for this long in a rural community of 10,000 people is pretty amazing."

This year's 18th edition of the festival is spread across five days starting Thursday and ending April 27. There's also a new venue on the schedule.

While the second weekend will feature screenings at faithful FilmFest standby Independence Hall at the University of Arkansas Community College at Batesville, this week's movies will be shown at the restored Melba Theater on Main Street.

"Downtown Batesville has undergone a pretty amazing renaissance over the past few years, and Main Street has a whole lot going on," Pest says of the new venue.

The festival starts Thursday with a time-traveling trip to the silent movie past. A restored version of the 1925 Charlie Chaplin classic Gold Rush will be screened with Batesville musician Danny Dozier performing an original score to accompany the film.

Friday's screenings of six short films begin at 6:30 p.m. with Brookylino, about two brothers and a cousin moving into an apartment in their grandfather's old neighborhood. Other shorts include The

Directed by Jon Strong and featuring former major leaguers Hank Aaron, Gary Sheffield, Andrew Young and Cal Ripken Jr., the movie is about race and the integration of a Little League baseball championship game in Florida. 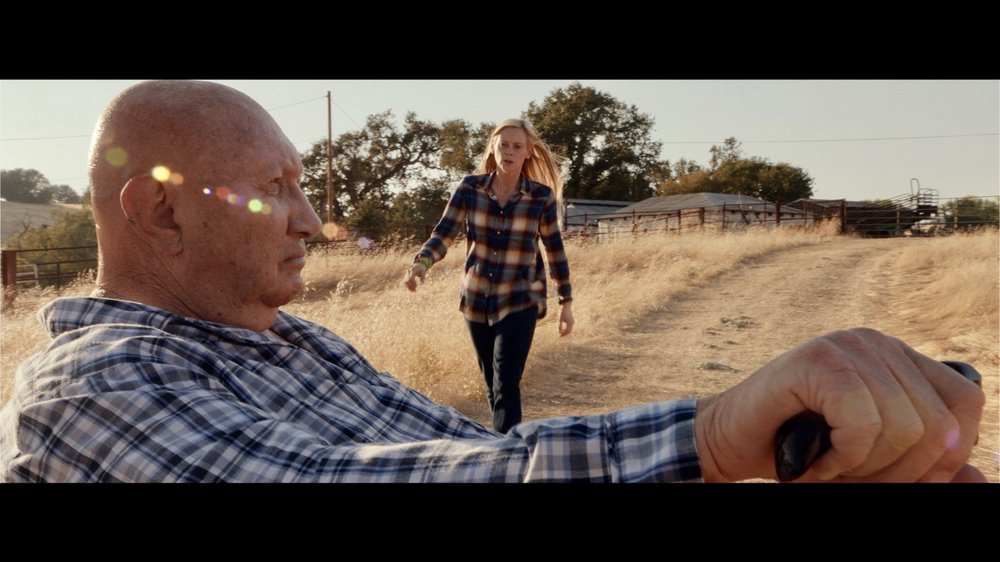 The Wake of Light, a romantic drama about a young woman losing hope while caring for her aging father and their farm, screens at 12:30 p.m. Director Renji Philip will be in attendance.

Short films start at 2:20 p.m. with Sent Forth and then Fleeting Youth, The Heart of a Broken Story, The Way Out, Four Corners and the children's animated project My Roommate Is a Moose. Directors Ryan Doyle, Doug Hoffmann, Kyle Fosse and Matthew Myslinski will be on hand.

At 6 p.m. is Quebec City Mambo, a short film that explores cultural ties between Quebec and French Louisiana, followed by the feature documentary Sushi and Sauce Piquante: The Life and Music of Gerry McGee.

Both movies are from Louisiana director Pat Mire, who will attend the screenings.

"I've been knowing about the Ozark Foothills FilmFest for a long time," says Mire, who founded the Cinema on the Bayou Festival in Lafayette, La. "I'm real proud of those guys."

Sushi and Sauce Piquante is about Louisiana guitarist Gerry McGee who played in The Ventures and on studio sessions with Elvis Presley, Barbra Streisand, John Mayall and others. The Batesville screening is the movie's first outside of Louisiana, Mire says. 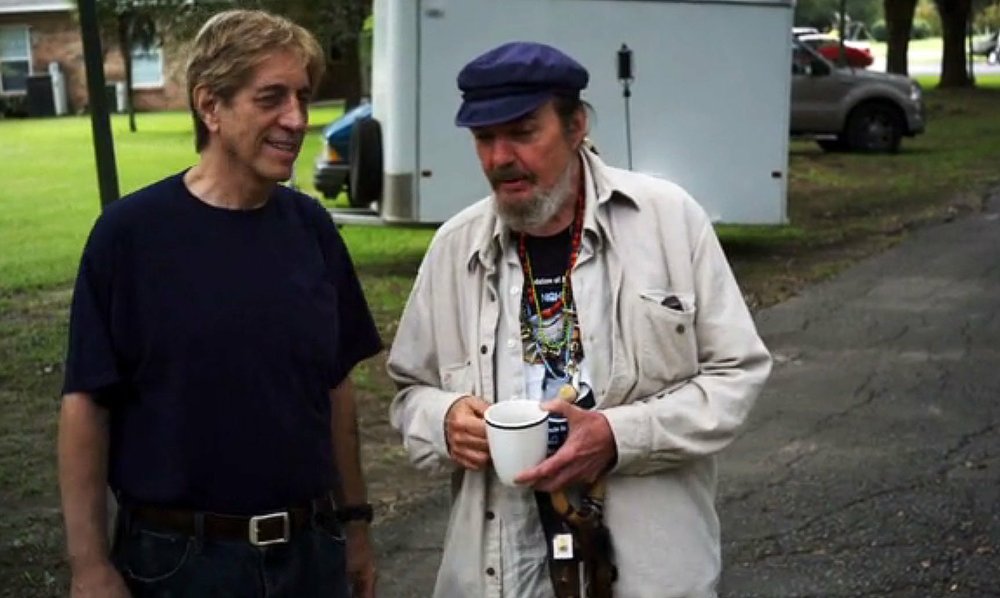 The closing film Friday is From Seed to Seed, a documentary about two people who gave up careers as opera singers in Europe to pursue ecological farming and to build a food community in Canada.

The festival resumes at 6:15 p.m. April 26 with documentary shorts, including The Sacred Place Where Life Begins, The Emperor of the United States, Carlotta's Face, Teddy Roosevelt and Fracking and others. Directors Gregory Austin McConnell, Jack Cochran and Pamela Falkenberg will also be there.

Director Jesseca Ynez Simmons' documentary I Can Only Be Mary Lane starts at 8 p.m. and follows Chicago blues musician Mary Lane as she records her latest album.

Experimental documentary Dreaming the Memories of Now will close the evening. Set in southern Mexico, the film follows visual artists Geska and Robert Brecevic and their 5-year-old daughter, Katja, as they "unearth complex stories in which time, memory and nostalgia are continually re-enacted," according to a description at the festival website.

Short international films including Then Anthropocene, Milestone and A View of the Lake are among the offerings starting at 11 a.m. April 27.

The panel will "examine the complexities associated with filmmakers' attempts to provide authentic portrayals of the people, places, and practices unique to rural America," according to the festival's website.

Moss and Palace have played at his Cinema on the Bayou Festival, Mire says, and are highly recommended.

"They're both narrative feature films with really good acting for small budget films. They are independent cinema at its best."

Empty Space, says Pest, is about a socially awkward, obese young man who forms a connection with a blind woman.

"A lot of rural films tend to be about the uglier sides of life, or the more challenging aspects of it, but that one has a really positive message," she says.

Calling attention to rural stories is no coincidence for the Batesville festival.

"About three years ago we started having a focus on independent films that depict rural America" Pest says. "It's kind of a series within the festival. Filmmakers who have set their films in rural areas, with all its challenges, they want rural audiences to see them."

Mire, who started making documentary films in the mid-'80s and directed the 1997 narrative feature Dirty Rice, likes that Pest and the other organizers are carving out a niche for rural-set films in Batesville.

"What I find sexy about the Foothills festival is that regional base that touches on the fact that we're all connected in the way we move and the way we go through life."

Pest and her husband, Bob, founded the festival in 2002 after moving to Batesville. They had operated a media arts center in Kansas City, Mo., and later worked with nonprofits before landing in Batesville. Bob died in December.

She is part of an 11-person board of directors that not only organizes the film festival, but also puts on the T Tauri Movie Camp Youth Summer Residency Program each July.

Pest traces her indie film interest to her college days at the University of Pittsburgh and a film series at nearby Carnegie Mellon University.

"I didn't major in film, but I took a few film courses, and I just always had a real affinity for independent film," she says. "It's a fascinating art form. Indie movies, in my view, are vastly different from commercial films. They are much more of a personal statement by the filmmaker. They're not commerce-driven, they're more about an artist realizing his or her vision as opposed to trying to tailor the artwork around what will appeal to a mass audience."

With streaming services pumping content into our smart TVs, many indie films can be seen from one's couch, but there is something special about being part of a film-loving festival group, Pest says.

"It's a community of people, and that is especially true at a small festival like ours."

Unlike larger festivals, Foothills is tiny enough to have screenings that don't overlap — only one film plays at a time — which adds to that sense of community.

"People who come for a day or two days are at every screening with each other. Those people get to know each other and, equally important, the audience members get to interact with the artists."

"There's a beautiful social fabric in independent cinema," he says. "It's not just for filmmakers, but for the audiences and the people who go there and share."

Films, screening times and other information can be found at ozarkfoothillsfilmfest.org.

Print Headline: The little film fest that could