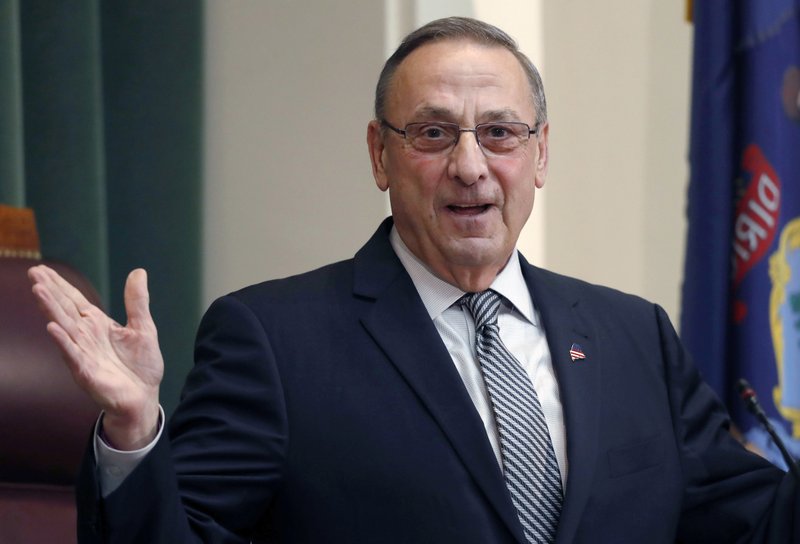 FILE - In this Feb. 13, 2018, file photo, Gov. Paul LePage delivers the State of the State address to the Legislature at the State House in Augusta, Maine. Maine&#x2019;s corrections department says that the former governor pardoned two people in his last days in office without consulting the clemency board and holding a public hearing. (AP Photo/Robert F. Bukaty, File)

SHOREWOOD, Wis. — A Wisconsin middle school gym teacher has been placed on indefinite leave while district officials look into claims that she separated students in one class by race and assigned the black children to research games that enslaved children played.

The Shorewood Intermediate School teacher was instructing seventh-graders about games from around the world on April 1 when she allegedly gave the assignment to the black students, Shorewood School District Superintendent Bryan Davis said in a letter sent to parents last week. He didn’t name the teacher.

“We take these allegations extremely serious,” Davis wrote. “Throughout this situation, student safety and well-being have been our top priority.”

One of the black students, MaHailey Stephens, told WITI-TV that she and her classmates were separated into groups based on race and asked to research games from their cultures.

Her mother, Reshunda Stephens, told the station that the same teacher asked her older daughter to be part of “the colored club,” last year.

Davis said the district is “committed to providing an environment of inclusion in our schools.”

“We will continue to assess the situation and ensure that we provide ongoing support to our students as we move forward,” he wrote.