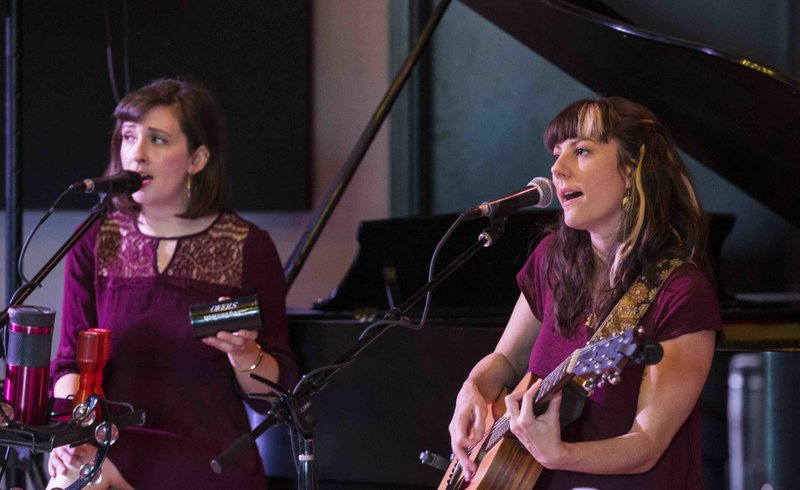 File Photo/BEN GOFF @NWABENGOFF Emily Rowland (left) and Candy Lee, the indie folk duo Melody Pond, are on the musical lineup for Springfest, returning to Fayetteville April 20 after a hiatus in 2018.

In the 36 years since it was founded in 1983, Springfest has happened 34 times, in spite of weather crises like "thunder snow" and the challenges of the changing face of Dickson Street.

This year, it will happen April 20 in spite of the loss of its hospitality director, Cineca Spring, who died Feb. 23. Not only was she event director Amanda Rey's right hand, but she was also her best friend, Rey says, and "the show must go on. Anything else is unacceptable."

Rey says she was a housewife and stay-at-home mom in the early days of Springfest, and it wasn't until she had gained some fame as a musician that she started working to book other bands to perform at festivals. Bikes, Blues & BBQ was her training ground, she says, and thanks to that experience, she was on hand in 2012 when an effort started to resurrect Springfest. She met Spring at an organizational meeting and was astonished, she remembers, to find out they knew all the same people. It was when she asked Spring for a second opinion on a band lineup that she knew they were best friends.

Springfest went well in 2013, 2014 and 2015, Rey says, but she and Spring stepped away from the party in 2016 and 2017. In October 2016, Rey had co-founded a nonprofit called the Northwest Arkansas Musicians' Connection with the goal of "eradicating the term 'starving artists,'" and in March 2018, she and that "team" -- having heard there would be no event in 2018 -- approached the Dickson Street Merchants Association with the idea they'd put on a 2019 Springfest.

"Our mission was to go back to the simplicity of 1983," she says, "to come together as a community and celebrate Fayetteville downtown businesses."

Asked what she wants Springfest to be, Rey's first answer is "fun."

"I want it to be nostalgic," she adds. "I want it to shine a positive light on Dickson Street -- because there's been a lot of negativity lately with businesses closing and gun violence. I want to showcase the restaurants, so we didn't bring in any competing food trucks. I want to focus on the family aspect of it, so there's no beer garden or pub crawl. And I want to salute the community of people that keeps Dickson Street thriving."

Rey can't talk about her late friend without choking up, but she is determined to fulfill their shared dreams.

"We have a vision -- and I will speak in present tense, not past tense -- a vision for what Springfest is supposed to be," she says. "We have a plan to hand it over to our children. So when building this year's festival, we were always very mindful that we were handed something great and were going to take care of it so we can hand it off to someone else great in the next generation. That's how I'm going to keep her alive in my heart.

"We have pulled all of this together with handshakes and hope," Rey adds. "And now the show is about to go on, and we're set and ready -- and I can't wait to see how amazing it's going to be." 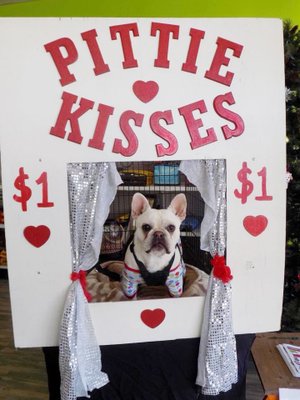 Courtesy Photo Toad, an ambassador for NWA Bully Haven Rescue in Springdale, will be among pitties passing out kisses April 20 at Springfest in Fayetteville. Formerly known as PitBull Ambassador of Northwest Arkansas, the 501(c)3 nonprofit founded by Cheryl Gibson is in its eighth year of rescuing bullie breeds in need and plans to also have adoptable dogs at the event. Information: isavebullies.com.