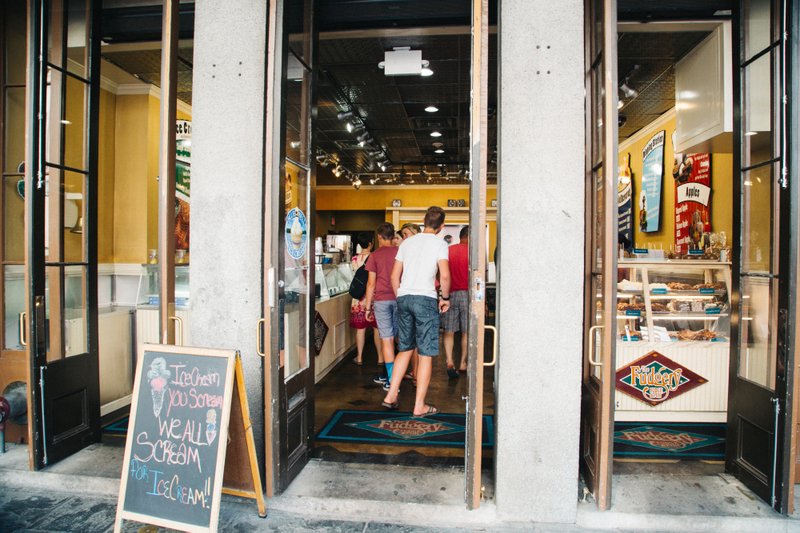 Consumers wait in line inside an ice cream store in the French Quarter district of New Orleans on June 13, 2018.

U.S. consumer spending rose in August at the slowest pace in six months, moderating from more robust readings on the biggest part of the economy. Inflation remained near the Federal Reserve's target pace.

The softer readings may signal that consumers aren't as eager to splurge even amid a solid labor market, lower taxes, and improving finances that boosted second-quarter consumption. A trade war that has widened to include tariffs on consumer goods from China has the potential to raise prices and affect demand, after signs that the tensions are hurting exports and business investment.

"Consumers aren't overdoing it," said Russell Price, senior economist at Ameriprise Financial Inc. in Detroit, who accurately forecast the household spending gain. "The economy is growing at a solid rate but not at an overly strong pace that would otherwise induce inflation."

The Fed's preferred measure of inflation remains near the central bank's 2 percent goal, while it's on target excluding food and energy. Policy makers have penciled in further interest-rate increases over the next year, expecting to keep inflation in check.

The data on Friday showed the Fed's preferred inflation gauge -- tied to consumption -- rose 0.1 percent from the previous month and climbed 2.2 percent from a year earlier.

The economy expanded at a 4.2 percent annualized rate in the second quarter, the fastest since 2014, with consumption rising at a 3.8 percent pace, revised data showed Thursday.

Wages and salaries rose 0.5 percent, the most since January, the August report showed. Real disposable income, or earnings adjusted for taxes and inflation, increased 0.2 percent for a second month.

While the latest results offer an encouraging indication for compensation, paychecks have been slow to show sustained progress even with robust hiring and an unemployment rate hovering near the lowest since 1969.

The report also showed the saving rate was unchanged at 6.6 percent, matching the lowest reading for this year. Revisions in July showed Americans were socking away more money in recent years than had been earlier thought.