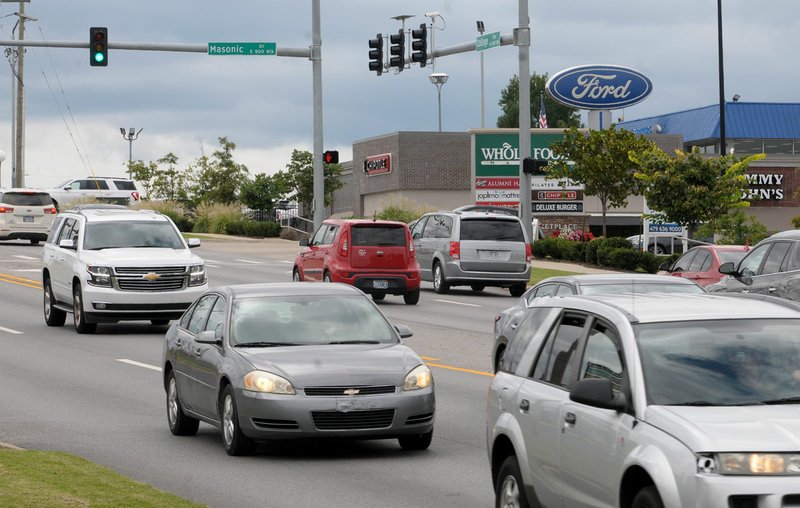 FAYETTEVILLE -- Residents' hopes and dreams for getting around in the city could come true, at least for some.

The Transportation Committee got a look Tuesday at an initial list of proposed projects for an upcoming bond referendum. The committee, consisting of half the City Council, didn't take a vote but asked questions during the session.

City Engineer Chris Brown presented the committee a list of top priority projects and a shorter list of secondary priority projects. The first list, with projects ranging from $700,000 to $10 million in estimated cost, takes into account various aid opportunities.

For instance, extending East Sain Street from near North Front Street to East Joyce Boulevard is on the list of federal aid projects. The city would get about $3.8 million in assistance and contribute $960,000, bringing the total project cost to $4.8 million.

The top priority list has 25 projects on it, seven of which have federal, state or partnering grant opportunities attached to them. The grand total of all the projects comes out to $70 million. Of that, grants would cover $16.8 million. The city would be responsible for the remaining $53.2 million.

The second list of projects brings the total city contribution back up to $70 million. There are four projects at that list adding up to $16.8 million, with no assistance figured in. The projects are connecting Shiloh Drive from Mount Comfort to Wedington; extending Wood Avenue to 15th Street; improving access at Mall Avenue near Joyce Boulevard; and dedicating $7.3 million for contingencies and cost-shares.

Mayor Lioneld Jordan's administration is aiming to get a list of citywide projects for the council to consider by the end of the year. Renewal of the city's existing 1 percent sales tax is projected to generate $200 million for various capital projects, from parks to roads to public safety and infrastructure. A vote on the bond issue is scheduled for spring.

The most money proposed for one item is $10 million toward revamping College Avenue and the most of the U.S. 71B corridor running through the city. The city is in the public input phase of a plan to help shape redevelopment along the stretch.

The City Council isn't likely to see a final proposal until May, Development Services Director Garner Stoll said. The city's administration has tentatively scheduled a bond vote for March.

Council Member Matthew Petty, who serves as chairman of the committee, said it gave him heartburn to think about voting on such a big-ticket item without some solid numbers and designs in place.

Stoll said there's no way a single bond issue could cover all the projects the 71B study is likely going to identify.

"I don't think it's necessarily all that bad for you all to select what you think is a reasonable investment, and then the process can select -- with your input -- what those projects are," he said.

Other proposed items on the list include projects left over from the last bond issue in 2006, such as $4.9 million for Zion Road improvements. Council Member Justin Tennant said residents who live near Zion and North Crossover roads have been waiting years for a way to easily get around near Lake Fayetteville and the Botanical Garden of the Ozarks from their homes.

Also included in the plan is about $6.5 million in trail improvements. Some proposed projects include closing the gap at the Tsa La Gi trail on Razorback Road; building the Sublet Creek Trail at Mission Boulevard and North Street to Poplar Street at College Avenue; and extending Shiloh Trail south from Martin Luther King Jr. Boulevard to Kessler Mountain Regional Park.

Trails coordinator Matt Mihalevich said he remembers how significant getting $2.1 million for the Scull Creek Trail in 2006 was for the city.