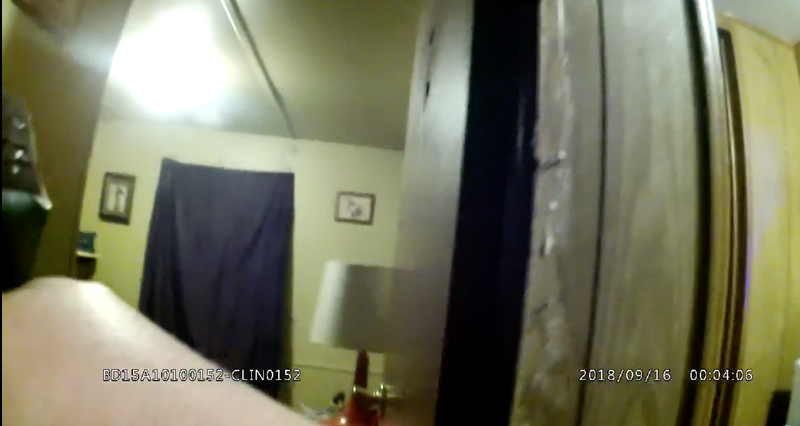 A central Arkansas police department has released body-camera footage that shows an officer shoot and kill a man who authorities said was wielding a knife.

According to a news release from the Jacksonville Police Department, Sgt. Ryan Wright has been placed on administrative leave while the shooting is investigated. Officer Jordan Cline, who was with Wright on the night of the shooting and whose body-camera footage was also released Wednesday, has been released to full duty, the agency said.

Stephen Dove, 50, was fatally shot after officers responded to a reported stabbing about 10:30 p.m. Saturday in the 1400 block of Stanphil Road, police previously said.

When they arrived, Wright and Cline found 47-year-old Harold Wayne Munnerlyn suffering from a laceration and Dove standing over 49-year-old James Parrish with a knife to Parrish's throat, the release states.

According to authorities, Dove refused orders to drop the knife. The video shows Wright fired two shots. Dove died at the scene.