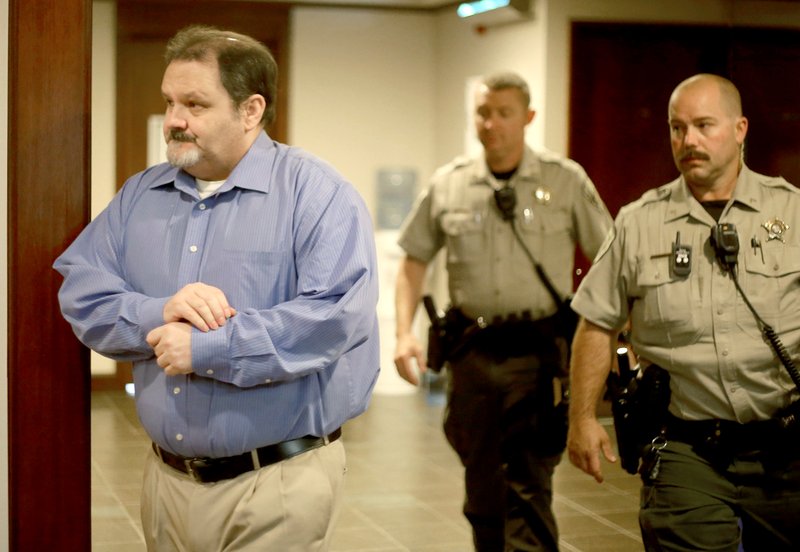 Mark Edward Chumley is escorted Monday, October 22, 2018, into the courtroom at the Washington County Courthouse in Fayetteville. Chumley was found guilty of capitol murder last Friday for the torture and brutal killing of a Fayetteville woman in 2015. - Photo by David Gottschalk

FAYETTEVILLE -- A jury sentenced Mark Edward Chumley to life in prison without the possibility of parole for killing and torturing a young woman in 2015.

Death or life in prison without the possibility of parole were the options available under Arkansas' capital murder statute.

Police said Davis, 24, was held captive for hours and beaten by Chumley and four others. She died of blunt-force trauma but was also raped with a baseball bat and hooked up to a battery charger before she died, according to testimony.