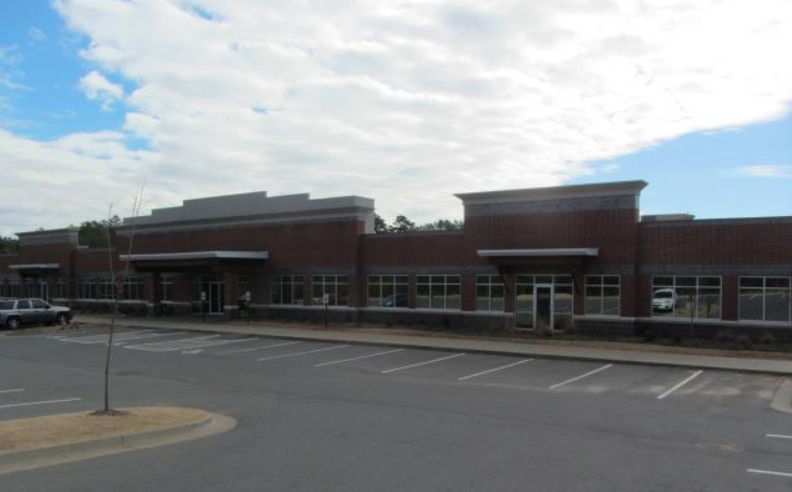 Quest Academy of West Little Rock is shown in this photo from the Pulaski County assessor's office.

Operators of the sixth-through-12th grade Quest Academy of West Little Rock want to transform the charter school into a classical liberal-arts school for both elementary and secondary school students.

The application also seeks to expand the total enrollment cap for the two schools from 1,200 to 1,500 students.

The charter proposal arrives at a time when the number of independently operated, taxpayer-funded charter schools is continuing to increase in Pulaski County. At the same time, the traditional Little Rock and Pulaski County Special school districts have opened new secondary schools in their western sectors. The Little Rock district's leaders are preparing a districtwide facility plan to be presented later this month that could include a new high school option in the northwest part of the city.

Adding Quest to the charter for the Northwest Arkansas school would entail returning Quest Academy's charter to the state, which is a step that has precedent in Arkansas charter school history. Both the eStem Public Charter Schools and LISA Academy schools have received state approval in past years to merge multiple charters into a single charter for their multicampus systems.

Steven Gast, the superintendent for Responsive Education Solutions schools in Arkansas, said that going to one charter -- or one contract -- for the two campuses will eliminate duplication in reporting information to the state.

"Every time we have to submit budgets or anything, we have to do it for each individual school district. This allows us to streamline that a little bit," Gast said.

The proposed amendment calls for a single charter to go into effect for the two schools at the end of the 2018-19 school year.

"This will facilitate and allow us to begin the conversion process in West Little Rock over to a classical school model," the application states.

The west Little Rock School, which had 188 students last year, would continue to operate a sixth-through-12th grade school for the 2019-20 and 2020-21 school years, Gast said about the proposal. During that time, the organization would purchase land and build a school large enough for elementary and secondary programs.

The new campus, which Gast said he hopes will be in the same general vicinity as the current school, would open in 2021-22. The current Little Rock campus is at 1815 Rahling Road.

The application to amend the Northwest Arkansas school's charter is on the agenda for a meeting at 8:30 a.m. Thursday of the state's Charter Authorizing Panel, which is made up of state Department of Education officials and others from outside the agency.

Any decision by the authorizing panel on the proposed amendment will ultimately be subject to review by the Arkansas Board of Education, which can accept the panel decision or conduct its own hearing on the matter before making a final decision.

Greek and Latin root words are taught in third-through-sixth grades and the teaching of formal Latin begins in seventh grade. Literature and history instruction are pulled from primary sources and great books. Importance is placed on physical fitness as well as intellectual development, the organization has said.

Gast also said he anticipates that the secondary school will continue to offer some elements of the technology and career education in conjunction with the classical instruction.

"When you go strictly to a 100 percent classical school, some of those things are left out. We've made a commitment to west Little Rock families that are currently there, as far as career and technical education, and we are not going to just upend that," he said.

The organization's Premier High Schools are "second chance" facilities for young people who have dropped out or are on the verge of dropping out of traditional schools.

Responsive Education Solutions this summer surrendered back to the state its charter for Quest Middle School in Pine Bluff, in effect closing the school. Gast told the charter panel in August that the Pine Bluff school had struggled academically and required a Responsive Education investment to stay solvent.