PETIT JEAN MOUNTAIN -- A nonprofit that manages University of Arkansas System investments will oversee more than $100 million that will provide a long-term source of money for the Winthrop Rockefeller Institute.

But after the trust donated an endowment of $100 million to the University of Arkansas Foundation, which controlled $973,301,041 of the UA System's investments from 2016 to 2017, the foundation will pick up funding the institute.

This move will allow the institute to create long-term plans to tackle larger problems, UA System President Donald Bobbitt said. Previously, the institute relied on annual grants, but now it will have a consistent stream of money, as the foundation will take the endowment and invest it, portioning out a yearly percentage for the institute, said Marta Loyd, the executive director of the institute.

"It doesn't give you the comfort of scheduling things two or three years out," Bobbitt said of the institute's previous dependency on annual grants.

On a practical level, the institute will be able to reach more national experts, many of whom require a year's notice to meet, Bobbitt said. But the institute's day-to-day operation will not significantly change, Loyd said.

"Things will continue as they have been because things have been going well," Bobbitt said.

Trustees will now phase out the Winthrop Rockefeller Charitable Trust, as Rockefeller never meant for the trust to be a permanent steward of the money, Loyd said.

The trust started out with $67 million that Rockefeller designated upon his death in 1973, Executive Trustee Marion Burton said. The trust grew the money through investments and eventually donated $247 million to charities mostly aimed at helping Arkansans.

With an initial grant from the trust, the Winthrop Rockefeller Institute began in 2005, Burton said. It immediately became a part of the UA System.

"My family and I are proud of my grandfather's legacy," Rockefeller's grandson Will Rockefeller said.

Winthrop Rockefeller, one of six children born to oilman John D. Rockefeller Jr. and Abby Aldrich Rockefeller, was Arkansas' 37th governor. He moved to Arkansas after visiting a friend in Little Rock in 1953, later purchasing land on Petit Jean Mountain where he made his home.

Eventually, Rockefeller entered politics. He ran for governor as a Republican twice. The first time, he lost to Faubus in the 1964 election. The second time, in the 1966 election, Rockefeller defeated Democrat Jim Johnson for governor. Rockefeller served as governor for two consecutive terms, from 1967-1971, focusing on, among other things, education, prisons, civil rights and economic development.

He died of cancer at age 60 in Palm Springs, Calif., in February 1973. Rockefeller was cremated and his ashes returned to Petit Jean Mountain. A great portion of his wealth was divided between the charitable trust and the Winthrop Rockefeller Foundation.

The institute will have three events in 2018, including an event geared toward medical students, focusing on what they look for in rural physician positions, said Janet Harris, the chief program and marketing officer for the institute.

Harris said the institute will continue to build on its work in the past and use this constant source of money to create projects in the future.

"It's an investment of faith," Loyd said. 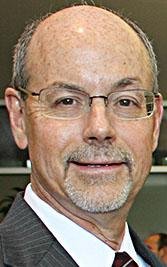 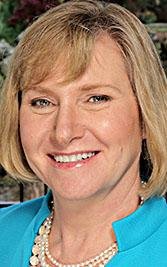 Photo by John Sykes Jr.
Marta Loyd is the executive director of the Winthrop Rockefeller Institute. 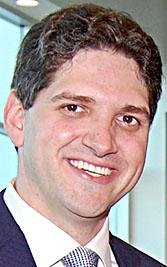