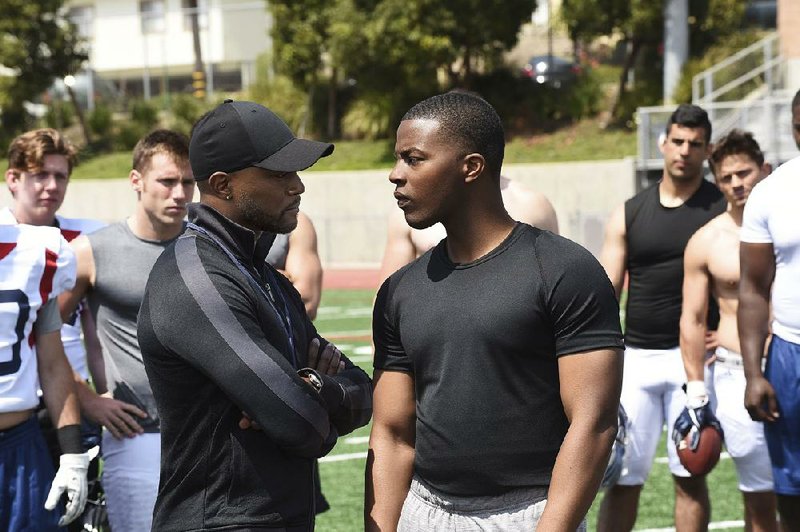 Our beloved colleague, TV columnist Michael Storey, passed away Oct. 7. This column was written before his death.

The rollout of the new fall TV season is almost complete and that means it's time for the Parents Television Council to chime in about the best and the worst.

As is our habit each fall, we present the PTC's findings for those who value the opinion of the watchdog outfit with its stated mission "to protect children and families from graphic sex, violence and profanity in the media, because of their proven long-term harmful effects."

In a news release, PTC President Tim Winter says, "We are happy to report that there are a number of new TV shows on prime-time broadcast television that appear to be safe for children and families to watch together this fall, and that hasn't always been the case in recent years.

"The 'Worst' list showcases the most 'bottom-of-the-barrel' programming on the new fall schedule. Hollywood has been disappointingly hypocritical by saying that sexual harassment is wrong in real life, while simultaneously asking the audience to laugh at, and be entertained by, incidents of on-screen sexual harassment."

Here are the three best and worst new shows according to the PTC, and part of what it had to say about each.

1. All American, 8 p.m. Wednesdays on CW. The series follows Spencer James (Daniel Ezra), a star high school football player from the inner city who is recruited to play for a school in swanky Beverly Hills.

"All American is a joy, an inspirational, extremely well-crafted and well-acted tale of two worlds, and the young man who moves between them. By showing that black and white, rich and poor can coexist, All American is the most inspirational show of the new fall season.

2. The Neighborhood, 7 p.m. Mondays on CBS. The series stars Cedric "The" Entertainer as Calvin Butler, a curmudgeon dealing with life after an overly friendly white family moves into his black neighborhood.

"Calvin Butler follows firmly in the footsteps of Archie Bunker and George Jefferson. Even more admirable is The Neighborhood's message: Given the divisions in society today, America desperately needs a show that proves we can all get along. This humorous slice-of-life sitcom is recommended for families."

"Fillion brings heart and humor to the role, balancing comedy and drama. Containing only mild language and unremarkable violence typical of a police series, The Rookie is a safe and enjoyable choice for families."

1. I Feel Bad, 8:30 p.m. Thursdays on NBC. The series stars Sarayu Blue as Emet Kamala-Sweetzer, a dysfunctional working mother "who is subjected to the jibes of her sex-crazed, socially inept millennial nerd co-workers."

"I Feel Bad reeks of Hollywood's hypocrisy. If that same [workplace] dialogue took place in real life, employees would be hauled into HR, fired or sued.

"And the show's producer vows that this is just the beginning, and that future episodes will 'explore issues never done on TV before.' I Feel Bad should definitely be avoided by families with young children."

"The Cool Kids saddles these comedy legends with stale, foul-mouthed, raunchy toilet humor, frequent foul language and loads of references to sex and drug use. Parents are strongly cautioned to keep their own kids away from these alleged 'cool kids.'"

"Utterly lacking the intelligent, fun, upbeat atmosphere of the original, the new Magnum P.I. is a morose, blood-soaked, totally unnecessary 'update' filled with frequent and extremely explicit violence and gore."

There you have it. The PTC has more advice at ParentsTV.org.

• Supernatural, 7 p.m. today on The CW. It's Season 14 for the series that will not die. The Winchester brothers, Sam and Dean (Jared Padalecki, Jensen Ackles), face a final battle in an alternate universe.

• Dynasty, 7 p.m. Friday on The CW. It's Season 2 for the remake of the 1980s soaper. Look for "the resilient Carringtons to rise from the ashes of last season's shocking finale and fatal fire."

• Crazy Ex-Girlfriend, 8 p.m. Friday on The CW. This is the fourth and final season for the quirky, critically acclaimed series. There will be 18 episodes.