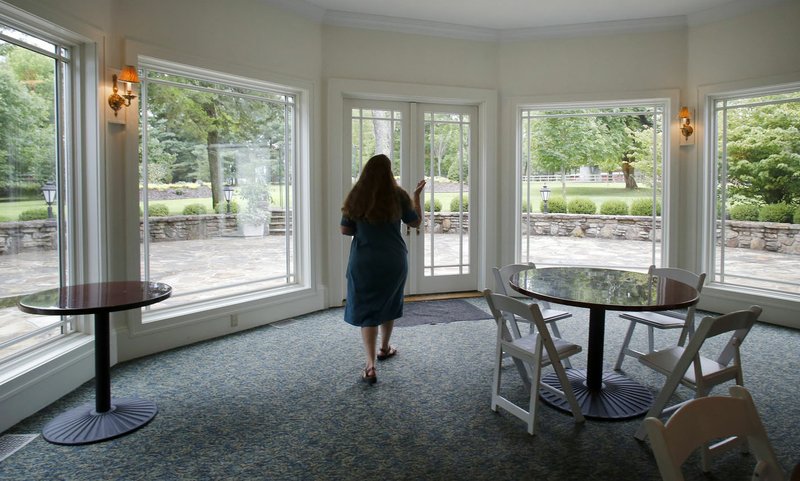 FAYETTEVILLE -- A request to adjust the land use for a large portion of a forested hill near a neighborhood and the University of Arkansas gained unanimous City Council support Tuesday.

Specialized Real Estate, a property management company, owns nearly 144 acres at Markham Hill, which includes the Pratt Place Inn and Barn. Ownership of the property stayed along the same family lineage since the early 1900s. Specialized bought the property two years ago in a bankruptcy sale.

Fayetteville’s City Council also passed on Tuesday putting $5,000 toward development of a text-to-donate program with Hark at the Center for Collaborative care for residents in need.

Most of the property was zoned on the west side as a residential district allowing up to four units per acre. Council members voted 8-0 Tuesday to rezone 75 acres to a residential intermediate-urban district and 44 acres as agricultural.

A residential intermediate-urban district allows homes of up to four units and cluster housing. The agricultural portion will be preserved forever in an easement. The developers have said the ultimate intent is to keep half the tree canopy preserved at the site.

A second request shrinks the planned zoning district at the top of the hill from about 69 acres to 24. More than 5,000 square feet of event space, 12,000 feet of restaurant and commercial space, 80 guest accommodations and 43 homes would be built on the 24 acres. The council also unanimously supported that measure.

Seth Mims with Specialized addressed a list of the city's priorities listed in its 2030 plan and how the project would touch on each of them. In short, the plan would help increase the housing supply, promote a mix of land uses, build road and trail connections and preserve tree canopy, he said.

A seven-room boutique hotel as it stands on 69 acres cannot survive, he said. The large lot sizes previously allowed on the western half of the property wouldn't preserve the canopy and encourage replacing natural trees with stick trees, Mims said.

Mims also said the developers are committed to giving the city the right of way for trails connecting Kessler Mountain Regional Park to the university campus.

Mims presented a mock-up map of how the 257 units allowed before the rezoning would look. Additionally, he presented a map of what development would look like if the eastern half were zoned the same, bringing the total number of units possible to 507. Specialized will impose a 476-unit cap on its development.

More than 30 people spoke. A majority were against the requests, with concerns ranging from the impact on the environment and the neighborhood to compatibility with the surroundings. Some residents acknowledged development on the hill as inevitable, but said the Specialized plan is too intense. A handful expressed support for the project.

Both requests were on the second reading. The council voted to go to the third and final readings and vote.

Council member Matthew Petty said regardless of what happens with the development, the preservation will last forever. The only way to preserve land is if the city buys it or if it's placed in an easement, he said.

Council member Sarah Marsh said the variety of housing types the rezoning allows is key to having a lesser environmental impact.

"Instead of littering the entire hillside -- the most ecologically sensitive and significant portion -- with single-family homes, they want to preserve that and move the development to the previously disturbed top of the mountain," she said. "That in itself is a win for the environment."

Council member Kyle Smith, who initially voted against going to the final reading, said thinking about what could be developed under the previous zoning made his stomach sour. He also tried to weigh the need to address the city's growth with the quality of life of its current residents.

"I would love to just leave this the way it is. I think that would be fantastic," he said. "But every time I think that, I find myself wondering if I'm able to stick to the policy directions that I've said are important to me."