But tough sell foreseen in Congress for Trump’s NAFTA replacement accord by COMPILED BY DEMOCRAT-GAZETTE STAFF WIRE REPORTS | November 30, 2018 at 4:30 a.m. 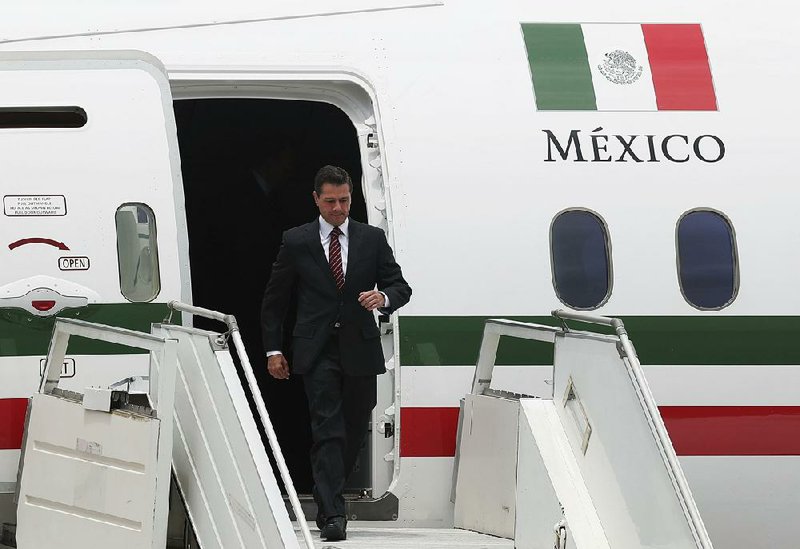 Mexico President Enrique Pena Nieto arrives Thursday in Buenos Aires, Argentina, for the Group of 20 summit, where he is expected to sign a revised trade pact with the United States and Canada.

WASHINGTON -- President Donald Trump spent more than a year persuading the leaders of Canada and Mexico to agree to a rewrite of North American trade rules. And today, Trump and the leaders of those two nations are set to sign the pact at the Group of 20 summit in Buenos Aires, Argentina.

Analysts say that putting pen to paper would produce some certainty at a time of unease over global trade tensions, and be held up as an example of Trump-era deals as he prepares to meet China's Xi Jinping at the G-20. The world's two biggest economies are embroiled in an escalating trade war.

But now, Trump faces what could prove a more formidable foe of the North American pact: his own Congress.

Emboldened by their takeover of the House starting next year, many Democrats say they want the new agreement to strengthen its protections for American workers from low-wage Mexican competition. Yet any such changes could raise new objections from Republican free traders who want to limit the ways the pact could restrict corporate practices in North America.

What Trump had hailed as a triumph for his administration -- a newly named U.S.-Mexico-Canada Agreement to replace the 24-year-old North American Free Trade Agreement, which he had long condemned as a job-killer for Americans -- now faces a hazier future.

"It's going to be a very tough sell," said Rep. Bill Pascrell of New Jersey, the top Democrat on the House subcommittee that oversees trade issues.

Under U.S. trade law, the Trump administration has to submit the final text of the deal to Congress at least 30 days before it can send legislation that U.S. lawmakers would need to vote on to ratify the new accord.

Leaders of the three countries agreed to the trade pact just hours before a U.S.-imposed Sept. 30 deadline. Yet the legislatures of the three countries must still ratify it. Many trade analysts say the new NAFTA isn't very different from the old one despite Trump's claim that it would "transform North America back into a manufacturing powerhouse."

"It's really the original NAFTA," said Mickey Kantor, a partner at the law firm of Mayer Brown and U.S. trade representative in President Bill Clinton's administration.

For years, Democrats complained about NAFTA, which tore down most trade barriers among the U.S., Canada and Mexico. They argued that it encouraged U.S. companies to close factories, lay off American workers and move to Mexico to capitalize on cheap labor. By contrast, pro-business Republicans defended the deal, which they said encouraged an explosion in trade among the three North American countries that benefited all three.

But Trump campaigned as a different kind of Republican. He called NAFTA a "disaster" and dispatched U.S. Trade Representative Robert Lighthizer to negotiate a new version, threatening to abandon the regional trade bloc entirely if he couldn't get what he wanted.

Lighthizer worked to win Democratic support. And the new trade accord includes provisions meant to address criticisms of the deal it replaces. For example, it requires that 40 percent of cars eventually be made in countries that pay autoworkers at least $16 an hour -- that is, in the United States and Canada and not in Mexico -- to qualify for duty-free treatment. It also requires Mexico to pursue changes in labor law to encourage independent unions that will bargain for higher wages and better working conditions for Mexicans.

John Murphy, senior vice president for international policy at the U.S. Chamber of Commerce, which supports the new trade deal, argued that it includes features that were intended to address Democratic concerns about how American workers would be affected.

"The possibility of building a bipartisan coalition for this agreement is there," he said.

But with Democrats in charge of the House and exerting more influence in Congress, a coalition might be harder to assemble, analysts say.

Drake and other critics say the requirement for labor law changes in Mexico isn't enforceable and needs to be given more teeth. And they oppose a provision that gives manufacturers of biologics -- ultra-expensive drugs produced in living cells -- 10 years of protection from generic competition. Without competition, critics say, pharmaceutical companies could drive up prices and make health care even costlier for Americans.

"NAFTA 2.0 is also stuffed with handouts that will let big drug companies lock in the high prices they charge for many drugs," Sen. Elizabeth Warren, D-Mass., said in a speech Thursday announcing her opposition to the trade pact. "The new rules will make it harder to bring down drug prices for seniors and anyone else who needs access to lifesaving medicine."

U.S. trade rules are supposed to force Congress to give trade agreements an up-or-down vote. But there are ways to bypass those restrictions. Congress could, for example, pressure the Trump administration into negotiating a so-called side letter with Mexico to toughen protections for union organizers.

Clinton negotiated such a side letter to win congressional approval for the original NAFTA, which was largely negotiated by his Republican predecessor, President George H.W. Bush.

Republicans are sounding objections, too. Two weeks ago, 46 Republican lawmakers sent a letter to Trump opposing a provision in the new accord, included at Canada's insistence, that requires the three countries to protect employees in the lesbian, gay, bisexual and transgender community from discrimination in the workplace.

The old NAFTA remains in place until the new agreement takes effect. But Trump could tighten the pressure on Congress by threatening to withdraw from NAFTA if lawmakers balk at the new version, analysts say.

Philip Levy, senior fellow at the Chicago Council on Global Affairs and a trade official in President George W. Bush's White House, said it might actually work to Trump's benefit if Democrats kill the deal or leave it in limbo.

During the summit, Trump is also scheduled to meet with China's Xi. Trump said Thursday that he is very close to "doing something" with China, raising expectations again that the two leaders may be able to hash out a cease-fire in their trade war.

Those discussions, according to people familiar with them, have centered on the possibility of a truce in which the U.S. would delay ramping up tariffs on China in exchange for Chinese concessions. The two leaders would also agree on a "framework" for further talks, U.S. officials such as Commerce Secretary Wilbur Ross have said publicly.

"I think we're very close to doing something with China, but I don't know that I want to do it, because what we have right now is billions and billions of dollars coming into the United States in the form of tariffs or taxes," Trump told reporters as he departed the White House to travel to the summit.

Information for this article was contributed by Paul Wiseman of The Associated Press and by Josh Wingrove, Jenny Leonard, Eric Martin, Jennifer Jacobs and Shawn Donnan of Bloomberg News. 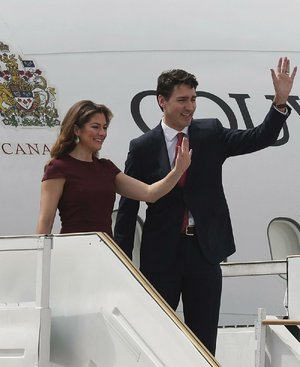