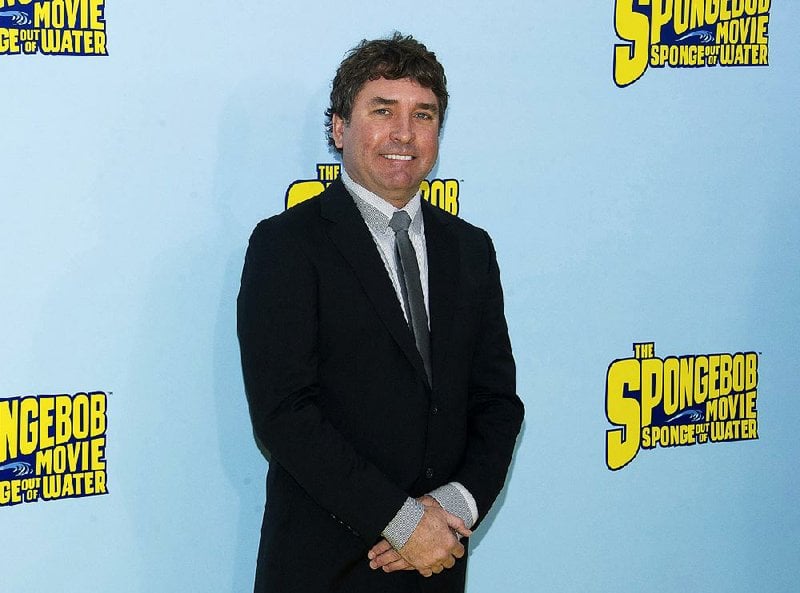 Hillenburg died Monday of Lou Gehrig's disease, also known as ALS, the cable channel said in a statement. He was 57.

Hillenburg conceived, wrote, produced and directed the animated series that began in 1999 and bloomed into hundreds of episodes, movies and a Broadway show. The absurdly jolly SpongeBob and his yell-along theme song that opened "Who lives in a pineapple under the sea?!" quickly appealed to college kids and parents as much as it did kids.

"The fact that it's undersea and isolated from our world helps the characters maintain their own culture," Hillenburg said in 2001. "The essence of the show is that SpongeBob is an innocent in a world of jaded characters. The rest is absurd packaging."

Born at his father's army post in Lawton, Okla., Hillenburg graduated from Humboldt State University in California in 1984 with a degree in natural resource planning with an emphasis on marine resources, and went on to teach marine biology at the Orange County Marine Institute.

While there, he drew a comic, "The Intertidal Zone," that he used as a teaching tool. It featured anthropomorphic ocean creatures that were precursors to the characters on SpongeBob. Hillenburg shifted to drawing and earned a master of fine arts degree in animation from the California Institute of the Arts in 1992.

He began working for Nickelodeon in 1993 and began to build SpongeBob's undersea world of Bikini Bottom, which showed off his knowledge of marine life and willingness to throw all the details out the window.

"His utterly original characters and the world of Bikini Bottom will long stand as a reminder of the value of optimism, friendship and the limitless power of imagination," Nickelodeon said in a statement.

Its nearly 250 episodes have won four Emmy Awards and 15 Kids' Choice Awards, and led to an endless line of merchandise.

In 2004, the show shifted to the big screen with The SpongeBob SquarePants Movie and a 2015 sequel, The SpongeBob Movie: Sponge Out of Water.