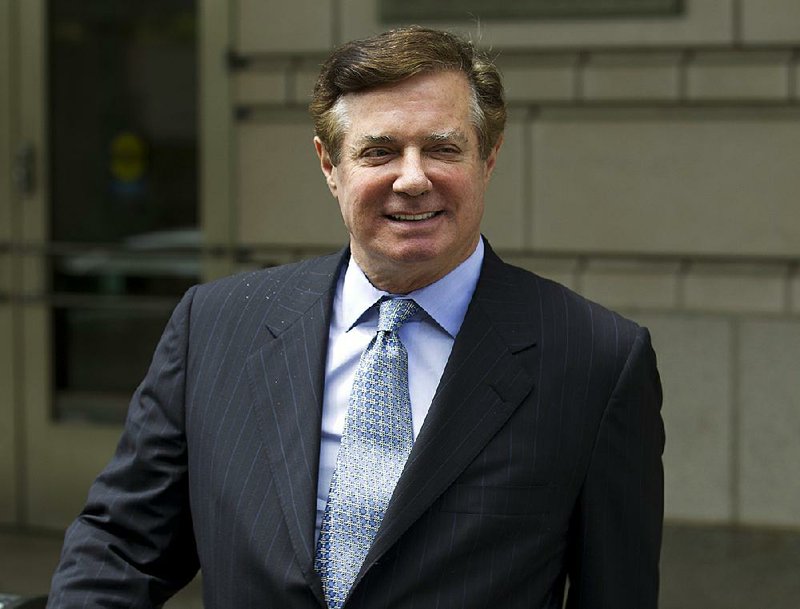 Prosecutors working for special counsel Robert Mueller said Manafort "committed federal crimes" by lying about "a variety of subject matters," relieving them of all promises they made to him in the plea agreement. But under the terms of the agreement, Manafort cannot withdraw his guilty plea.

Prosecutors said they will detail the "nature of the defendant's crimes and lies" in writing at a later date.

Manafort denied lying intentionally, but both sides agreed in a court filing that they cannot resolve their conflict and that U.S. District Judge Amy Berman Jackson of the District of Columbia should set sentencing immediately.

The collapse of Manafort's plea deal also results in Mueller's team losing a cooperating witness from Trump's presidential campaign who was present at discussions at the heart of the special counsel's mission to determine if any Americans conspired with Russia's efforts to sway the U.S. election.

Those discussions include a Trump Tower meeting involving Donald Trump Jr. and a Russian lawyer he was told had derogatory information on Democrat Hillary Clinton.

Manafort, 69, has been in solitary confinement in a jail in Alexandria, Va. A jury in northern Virginia convicted him in August of eight counts of financial fraud stemming from his work as a political consultant in Ukraine. The jury deadlocked on 10 other charges.

He is set to go before U.S. District Judge T.S. Ellis of Alexandria for sentencing in that case on Feb. 8. He faces seven to 10 years in prison for the financial fraud, though evidence of other crimes could subject him to an increased sentence.

Manafort's co-defendant in that case -- Rick Gates, who spent a longer time on the campaign and worked on the Trump inaugural committee -- has not had a sentencing date set yet. He continues to cooperate with Mueller.

Manafort also pleaded guilty Sept. 14, on the eve of jury selection for a trial in Washington, to two charges -- conspiring to defraud the United States and conspiring to obstruct justice. In the plea, he admitted to years of financial crimes related to his undisclosed lobbying work for a pro-Russian political party and politician in Ukraine.

The plea included an open-ended arrangement requiring him to answer "fully, truthfully, completely and forthrightly" questions about "any and all matters" of interest to the government, including his Ukrainian political work, which remains under investigation by the U.S. attorney for the Southern District of New York.

Under the agreement with prosecutors, Manafort faced a maximum prison sentence of 10 years in the Washington case. The longtime lobbyist also was ordered to forfeit an estimated $15 million he hid from the IRS, but he was permitted to keep some property held with relatives.

In return for his cooperation, he hoped to have prosecutors recommend leniency, possibly slicing years off his term of incarceration.

Instead, after at least a dozen sessions interrogating him, the special counsel's prosecutors have not only decided Manafort does not deserve leniency, but also could seek to refile other charges that they had agreed to dismiss as part of the plea deal.

Manafort has consistently said that he had no information against the president. Legal experts suggested in September that if he had been able to significantly further Mueller's inquiry, he could have negotiated a more favorable deal.

As it is, the plea agreement specifies that if prosecutors decide that Manafort has failed to cooperate fully or "given false, misleading or incomplete information or testimony," they can prosecute him for crimes to which he pleaded innocent in Washington. They could also conceivably pursue the 10 charges on which the Virginia jury failed to reach a consensus.

Mueller's investigators have charged a number of former aides to Trump with lying to them. Three former Trump campaign officials or advisers have pleaded guilty to misleading federal investigators: Michael Flynn, Rick Gates and George Papadopoulos. A Dutch lawyer, Alex van der Zwaan, who had business dealings with Manafort, also pleaded guilty to lying to the special counsel's office.

Before his plea agreement, Manafort challenged the special counsel's legitimacy in court, went through a trial and was jailed after prosecutors discovered he had attempted to tamper with witnesses in his case.

In his most recent criticism of the special counsel, Trump has suggested that prosecutors are frustrated because they cannot produce any evidence against his campaign. "The inner workings of the Mueller investigation are a total mess," he wrote on Twitter recently.

Prosecutors in the New York case are also looking into the conduct of longtime Democratic lobbyist Tony Podesta; Greg Craig, a former White House counsel under President Barack Obama; and Vin Weber, a former Republican congressman and lobbyist, to determine whether they violated federal law by failing to register as foreign agents with the Justice Department. None of the men has been charged with any crimes.

Manafort's allies have hoped that his sessions with the special counsel would end soon so that he could be sentenced and transfer to a federal prison, where conditions are comparatively better than in a local jail.

But few of Manafort's friends predicted that his sentencing would be hastened by prosecutors declaring him to be a liar. The development stunned some people close to the White House, as well as legal experts.

"Everybody who lies to Mueller gets called on it -- so he had to know that Mueller would catch him, so the question is what was he hiding that is worse than going to jail for the rest of your life," said Joyce Vance, a professor of law at the University of Alabama law school and a former federal prosecutor.

"There are often rocky dealings with a cooperator and Mueller didn't cut bait at the first sign of trouble," Vance added. "It was likely more than one lie and this would not have been a minor detail -- it had to be something material and significant and intentional."

Information for this article was contributed by Sharon LaFraniere of The New York Times; by Spencer S. Hsu, Rachel Weiner, Devlin Barrett, Matt Zapotosky and Rosalind S. Helderman of The Washington Post; and by Chad Day of The Associated Press. 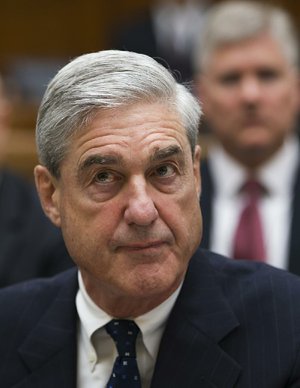