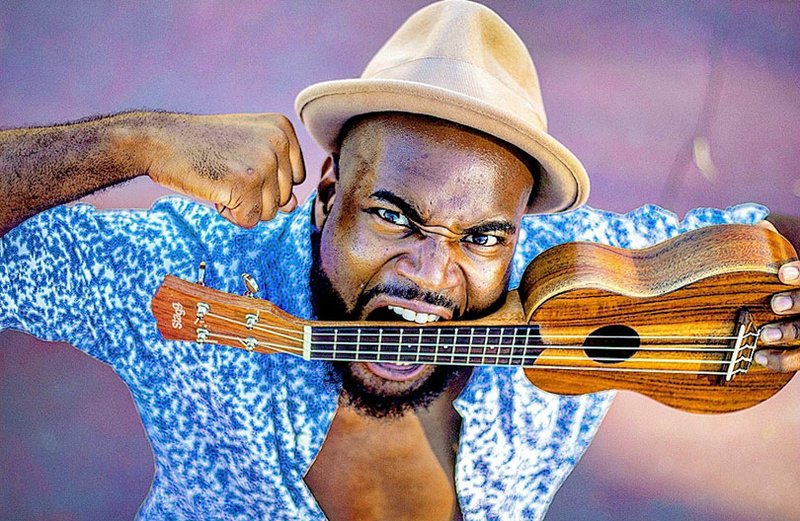 Courtesy Photo Austin Dean Ashford, a third-year student in the Master of Fine Arts program in playwriting and acting at the University of Arkansas in Fayetteville, is one of the speakers at "TEDx Fayetteville: Ignite Hope," planned for Nov. 17 at the Fayetteville High School Performing Arts Center.

Had the concept existed when Paul Robeson was young, he would have been a perfect TED speaker. Born in 1898, the son of a former slave turned preacher, he was an All-America football player at Rutgers, earned a law degree at Columbia University and went on to a career on the stage as both a bass-baritone singer and an actor, probably best remembered for playing Othello in London in 1930 and in New York in 1943.

In other words, he had an extraordinary impact on the world he lived in.

"When I grow up, I desire to be similar to Paul Robeson -- an extremely versatile scholar, artist and philanthropist," says Austin Dean Ashford, a third-year student in the Master of Fine Arts program in playwriting and acting at the University of Arkansas in Fayetteville. "I want to dominate, expand and explore the black canon of storytelling, and I hope the stories I tell or retell can be an inspiration and motivation to my community. I want to be a healer through storytelling and use stories to lessen the distance between human beings."

In other words, he intends to have an extraordinary impact on the world he lives in. And that makes him a perfect choice to speak at the Nov. 17 TEDx event in Fayetteville, titled "Ignite Hope."

Founded 34 years ago, TED started as a conference "where 'technology,' 'entertainment' and 'design' converged, and today [it] covers almost all topics -- from science to business to global issues -- in more than 100 languages," its website explains, a way to share "ideas worth spreading." TEDx events are the locally organized offshoots, intended to "spark deep discussion and connection in a small group."

"Attendants can expect to leave inspired from hearing talks on social issues, art, education, medicine, technology, self discovery and more," says Katherine Ganoung, one of the local organizers. "This event is all about spreading ideas that will impact our world; our goal is that TEDx Fayetteville ignites hope and innovation in our community!"

Ashford, one of a dozen speakers at this year's Fayetteville event, titles his talk "Stories We Love, Stories We Live." In it, he'll explain "how the stories we are accustomed to help shape our lives and the narratives around us." Although he is an actor and a playwright, he is, he says, first and foremost a storyteller who wants to combine poetry/rap and music in his performance.

"My first understanding of performance was experienced through speech and debate and spoken word poetry," he explains. "During my preteen/teenage years, I competed heavily in youth poetry slam and more heavily in forensics."

However, he says, "I did not understand that those could be used as tools to help my storytelling in theater" until he was a student at the UA. "Then I took an adaptation course where an MFA director, Cole Wimpee, decided to take a chance" and develop Ashford's show "(I)sland T(rap)" during the semester.

"During that class, we had time to explore influences, message and the narrative of the story in my authentic voice," Ashford says. "The idea of '(I)sland T(rap)' really came from the idea that everybody wants to have serenity, or peace on an island, but a lot of us are stuck in chaos, or the trap of internal violence. I thought this oxymoron not only made for great music, but also a deeper message narratively utilizing historical text like Homer's 'Odyssey.'"

The resulting one-man show, which includes lyrical poetry, live music and commentary on the African-American experience in America, was performed this fall at the United Solo Theatre Festival at the Studio Theatre in New York City. It had already earned a variety of awards at regional festivals, it's been invited to premiere at international venues, and a film adaptation is planned.

"I see theater transforming and becoming more accessible in my lifetime," Ashford says. "I hope I am doing my part, too -- which is why I am so thankful that the University of Arkansas allowed me to create the first ever hip hop theater/film course, a playwriting/acting workshop that explores verse-based storytelling for the film and the stage.

"I believe the opportunity and exposure to blending materials we enjoy into our storytelling can make a relatable thing like storytelling even more relatable," he muses. "I believe over time this will affect the way theater is being created and received. I also hope to be a major driving force in shifting the way theater exists in our communities and allowing it to transform my storytelling as well.

"I want everyone to understand that public libraries should be, and have the potential to be, a central, defining institution of any vibrant community," says the FPL's executive director. "They should reflect the common interests and dreams of their citizens. Libraries are more than just collections of items that we simply borrow and return. They also provide the life-sustaining services that help everyone achieve a higher quality of life."

Johnson, who grew up in Little Rock, says he was exposed to the arts at a young age -- his father reviewed music and concerts for the Arkansas Gazette in the 1970s and '80s, and his mother played piano and sang in the church choir.

"They also introduced me to art, film, theater, dance and crafts, and they encouraged me to support the people who create in those spaces. ... So I have always been surrounded by and drawn to music and the arts, and it's only natural that I work to help others connect to those arts at the library.

"The library is not only a great reflection of the diversity of our community, it is the great equalizer," Johnson says. "Our mission is to strengthen our community and empower our citizens through free and public access to knowledge. That applies to everyone regardless of your socio-economic background or history. As I see it our 'community' includes everyone, not just some or those with means, but everyone. We strive to offer something for all."

"I'm a multi-generational Ozarker on both sides of my family," Weston says. "I grew up hearing stories and home remedies, but didn't really pay any attention until college, when I found the works of folklorists like Vance Randolph and Mary Parler. When I read their collected folklore, especially Vance's Ozark Magic and Folklore, it clicked that this was a part of my heritage. From there, I collected my own set of family stories, and started learning more about the native plants of the area, how to identify them, and their edible/medicinal uses. I'm self taught in all of this stuff, but have a keen memory for plants and remedies.

"At first I was collecting folklore as a way of preserving family stories," he explains. "For me it's always been a fun pastime. But then it turned into a calling to use the knowledge I was gathering, not just keep it in books.

"My goals have always been to get people interested in where they're from. So for those from the Ozarks, I love presenting all the folklore and plant knowledge as a part of this hidden culture that few know about. In this way I encourage people to gather up their own family stories and remedies, because I guarantee all families have some. If they aren't from the Ozarks, well, that's all right, too. I like seeing people passionate about learning herbal knowledge and folkways, and for those people I also encourage them to dig deep into their own family history and pull out some interesting folklore."

"Being born in prison and not living with my biological parents really affected me coming up," Lewis says. "It always felt like a disconnect. Being raised by my aunt and uncle help create a positive environment for sure, but the emotional part was not so good. I lost my biological dad at 10 years old, and that's when all the issues began with behavior and grief."

Having struggled himself, Lewis wants to emphasize the importance of compassion and empathy toward young men, particularly African-American young men. His TEDx talk is titled "The Black Family Code," which he explains as "you better not talk about what goes on in the house. This has made the mental health stigma difficult for people of color to really navigate through their mental health journey."

Lewis is the founder of The Confess Project, a "non-cookie cutter approach to help young men of color through training barbers to become mental health advocates."

"My personal path to organization started in childhood and was born out of a mixture of birth order and bad memory," says Taggard. "As the oldest of three, I had a lot of those typical 'oldest child' tendencies -- a desire for order, an appreciation of the rules, a tendency to be bossy, high expectations of myself, etc.

"I took school seriously and wanted to do well, and I distinctly remember being in the fifth grade and not having an assignment finished because I had completely forgotten about it. That evening, I asked my mom to take me to Walmart, and I didn't have any formal training in organization, but I remember standing in the office supplies section and picking out a day planner and saying, "OK, my math book is yellow, so I'll get a yellow folder for that class. My English book is purple, so a purple folder for that one." And so began my color-coded life and dependency on a day planner; not a year has gone by since that I haven't had one."

It was while she was working on a Master's of Science in Clinical Mental Health that Taggard came across a statistic that shaped her career.

"The average person wastes 17 minutes a day looking for items they've lost or misplaced," she says. "This was a 'lightbulb moment' for me as I thought about not just the cumulative effect of those 17 minutes over the course of a lifetime, but the emotional state of the individual inside that 17 minutes -- the stress, the negative self-talk, the yelling at the kids that happens while you're running around the house stressed out and searching for your left shoe. I had a realization that this never happened to me, and it quickly became obvious that this phenomenon could be avoided through the power of organization and that I could impart that often-missed skill set, and make people's homes -- the basic building block of society -- a less chaotic, happier, more peaceful place to be." 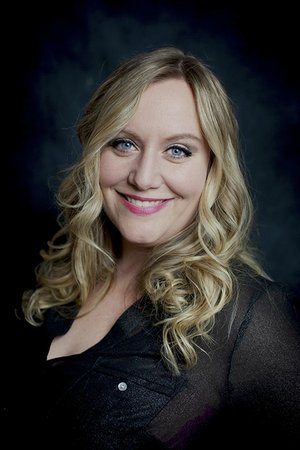 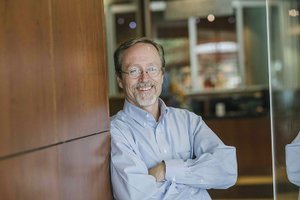 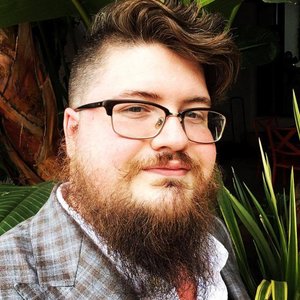 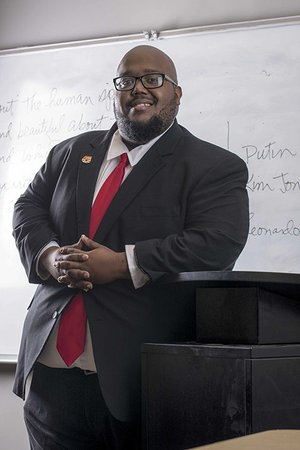