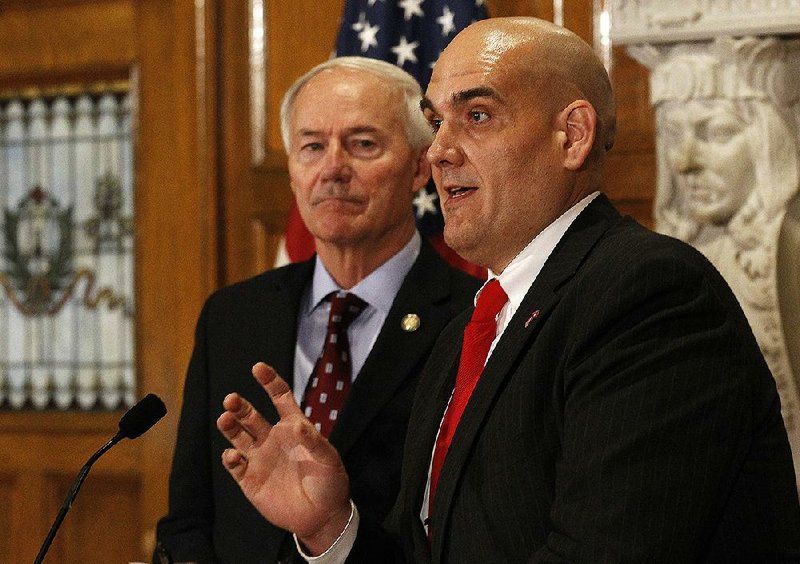 A total of 8,044 students are taking computer science classes throughout the state, and eight districts have more than 100 students taking an individual computer science course. Greenwood School District in the River Valley area of west Arkansas has the most students in the state taking an individual course at 320 students, according to data from the Arkansas Department of Education.

There are 143,495 high school students in Arkansas for the 2018-2019 school year, according to the Arkansas Department of Education Data Center.

"This is an incredible success story," Hutchinson said.

Nationally, the most recent push for science, technology, engineering and mathematics education took off under former President Barack Obama, as he focused on preparing more educators to teach STEM courses and raising awareness about STEM-related fields.

Hutchinson said he thinks having more students trained in computer science will draw in technology firms and boost the state's economy.

The classes are not mandatory, but students can use them for graduation credits, said Anthony Owen, director of computer science education.

"From day one, Gov. Hutchinson has said he wants it to be an option for students," Owen said.

Computer science classes can replace one of four math credits, three science credits or any of the career focus classes, Owen said.

Owen said the hope is that if teachers introduce computer science at a younger age and expose Arkansas children to the concept, then they can introduce STEM as a good fit for girls, too.

"Then there's less stigma for them taking it at the high school level," Owen said.

Owen said that there are more computer science trained teachers. When the initiative began, some school districts relied on methods such as video-chat teaching. Officials have also seen an uptick in ninth grade enrollment in the courses, he said.

"It was not just providing one opportunity for students but providing a clear pathway for the students when they get in the field," Owen said. 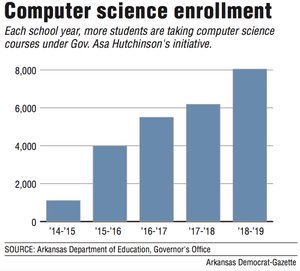