Black Friday remains a thing, but not as big 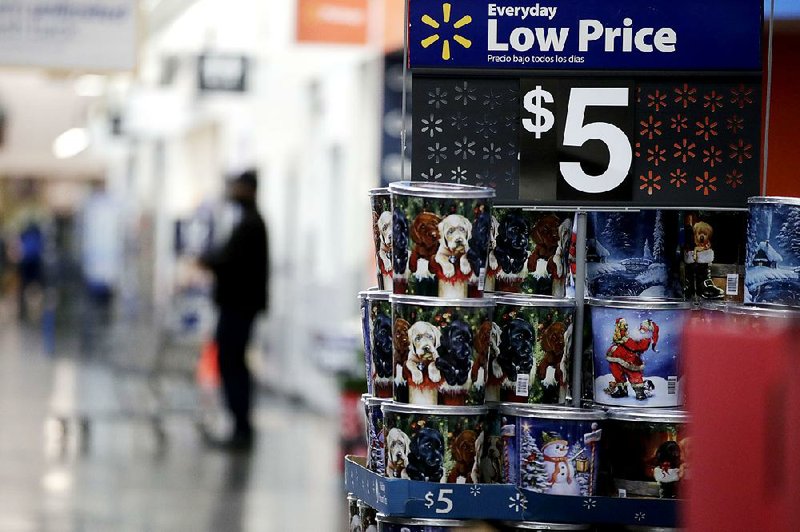 Once the biggest shopping day of the year, Black Friday — the day after Thanksgiving — has lost some of its appeal in the age of online and year-round sales.

Bargain hunters still eagerly scan Black Friday ads to plan their Christmas shopping trips on the day after Thanksgiving. But for Walmart Inc. and other retailers, online sales and year-round discounts have lessened the impact of what traditionally has been considered the biggest shopping day of the year.

Some people credit Macy's with establishing the Friday after Thanksgiving as the "official" start of the Christmas shopping season when the venerable department store started its annual Thanksgiving Day parade in the 1920s. The parade always ends with Santa and his sleigh, a not-so-subtle reminder that Christmas is just around the corner.

But, Macy's wasn't the only retailer to see the opportunity.

With many people off work that Friday, stores began offering early morning discounts on a few items to draw in customers in hopes they would stay and do more Christmas shopping.

Such early morning door-busters were profitable because only a limited number of items were marked down, and overall sales more than made up for the discounts, said Mark Cohen, director of retail studies at Columbia University's Graduate School of Business.

Cohen said door-busters "still have tremendous appeal" but not the drawing power they once had. Customers now start shopping the week of Thanksgiving rather than the day after, and they continue shopping through that weekend. E-commerce also factors into the mix because shoppers can search for online bargains anytime, he said.

There's typically a lull after the Thanksgiving weekend, he said, but activity picks up again because prices drop as Christmas nears. Nowadays, "Black Friday is the beginning of a series of promotions that runs for five weeks," Cohen said.

Black Friday actually was retailers' biggest shopping day for many years, he said, but now that designation falls to the Saturday before Christmas.

Retail consultant Steve Dennis, president of SageBerry Consulting, said it's "a bit of a mythology" that Black Friday is the biggest shopping day of the season. He said it's also a commonly held myth that the best deals are on that day.

"I think what retailers are doing is offering key deals on certain items," Dennis said, and they are more intentional about getting shoppers into the stores. Just like in the old days, "the strategy is to be the first stop, whether it's online or in store, on that day," he said. "The first place people go tends to get a disproportionate share of the money."

While Black Friday is often viewed as a barometer for how successful the rest of the Christmas season, or even the fourth quarter, will be for retailers, Cohen and Dennis said that's not really the case.

"It's not a good indicator as to how the whole season is going to turn out," Dennis said. "The data just don't suggest it's all that important. It's still a cultural phenomenon, and I think it will continue to be."

As for the future of Black Friday, experts say it's likely to remain an "event" for some time to come.

One reason for that, he says, is millennials aren't embracing it. He doesn't know why that is, except perhaps its because their parents did, and they see it as not being "cool."

Jebaraj, the director of the University of Arkansas' Center for Business and Economic Research, said with Christmas promotions creeping ever earlier into November or even before Halloween, "I do think it takes away the appeal of that one day [Black Friday], because it makes it clear you really don't have to do [all your shopping] on that Friday."

Cohen sees Black Friday remaining a tradition, "but it's been bastardized to a tremendous degree and no longer has the meaning and impact it once had for many people."

"It's theater," he said. "In some cases it's an opportunity to grab a great bargain, but mostly it's hype."

Print Headline: Black Friday remains a thing, but not as big