Woman accused of killing her grandmother 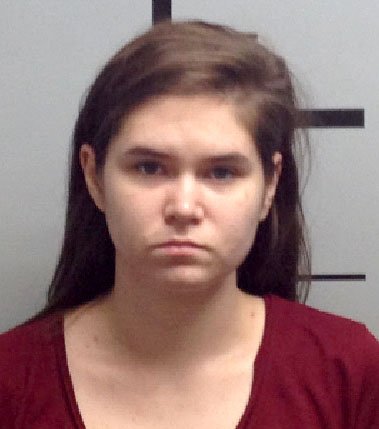 BENTONVILLE — A Bentonville woman was arrested Monday in connection with the murder of her 81-year-old grandmother.

Andrea Lea Wilson, 26, was booked at 2 pm. Monday into the Benton County Jail. She was arrested in connection with capital murder and is being held in jail with no bond set. Prosecutors have not filed a formal charge against Wilson.

Ruby Ross was found dead Wednesday night in her house at 11001 Blue Jay Road in Pea Ridge. Benton County sheriff’s deputies went to the residence on May 16 and discovered Wilson’s body, Holloway said.

“We were able to develop some leads on this case and today made an arrest of the granddaughter — Andrea Wilson,” Holloway said.

Sheriff’s detectives questioned Wilson, but Holloway said he could not comment on what she told detectives during the interview.

There was a camera mounted on Ross’ house, but Holloway said he believes it was a “dummy camera” and it did not capture any evidence.

Holloway said his detectives are continuing aspects of the investigation and everyone is presumed innocent until found guilty in a court of law.

Smith said the charge of capital murder carries two possible punishments: life imprisonment without the benefit of parole or the death penalty.

“Obviously, those decisions will be made down the road once all the facts and evidence becomes clear in this case,” he said.