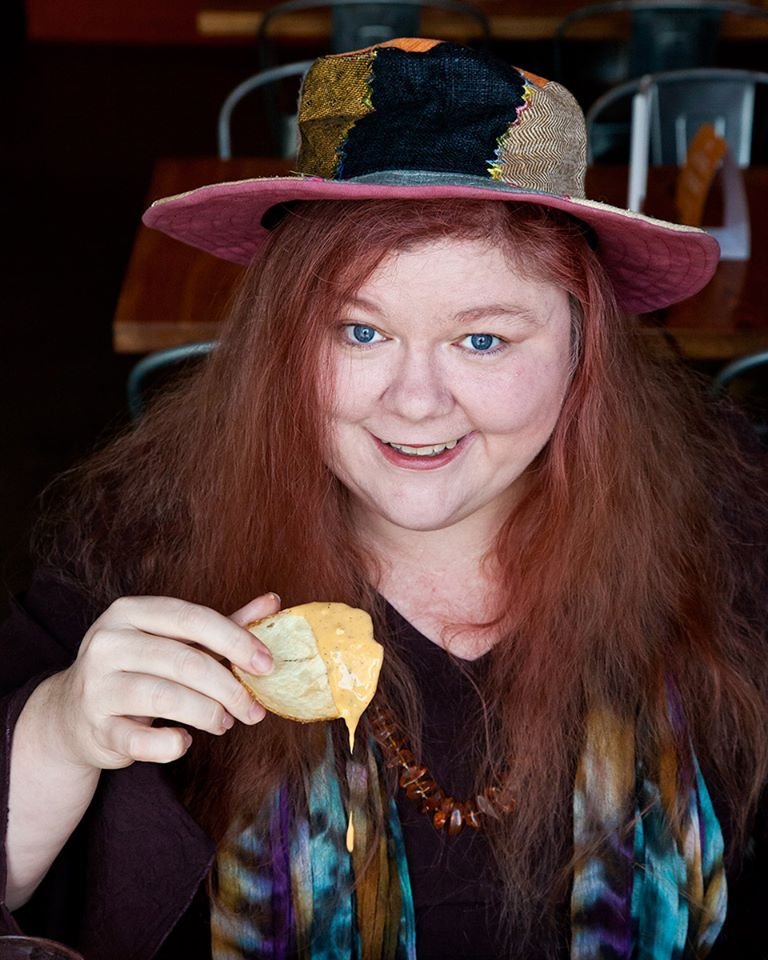 Courtesy photo Kat Robinson has been writing about Arkansas food since her first pie review for Ms. Lena's fried pies in DeValls Bluff. "Food is fun to write about," she says. "But I also love writing stories about people. Everyone has a story to share, and sometimes those stories aren't what you would expect. It's better than fiction."

Most of us only dream of eating pie as a career -- but Arkansas travel and food writer Kat Robinson has made that career her reality. The author of Arkansas Pie: A Delicious Slice of the Natural State and the the soon-to-be released The Great Arkansas Pie Hunt has a new AETN special called Make Room for Pie premiering this month on the public broadcasting network. We asked the Professor of Pie four questions about her favorite subject.

Q What are the pies with "staying power" in our state?

Through March 18 on AETN. Check local listings for viewing times.

A The Cliff House Inn in Jasper is marvelous, a great bed and breakfast with unparalleled views of the Arkansas Grand Canyon, but what most people know about it is the Company's Comin' Pie. Charlotte's Eats and Sweets in Keo has people lined up outside the door hoping to get a slice, which customers order first to make sure they get what they want. Miss Anna's on Towson in Fort Smith is famous for always having so many different pies available. Olde Tyme on the Square in Mountain View is so well known for its vinegar pie that every wall has a sign advertising the specialty.

Q How do you find the pies you review?

A I follow my nose! Actually, it's many things. Because of what I do, people give me unsolicited recommendations all the time about places to check out. Over the years, I've amassed a huge collection of recommendations, which I chisel at any time I'm out and about. I've also been shooting food in Arkansas since 2007, and I have somewhere over 200,000 images archived -- more than half of them shots of food and restaurants and festivals. Over those years, I've made notes, written stories and solidified connections, all in the interest of learning and absorbing and sharing the story of Arkansas food. Pie comes along with that, because it's so ingrained in our food culture here.

When it came to putting the book together, I actually created a spreadsheet and cross-referenced to see where I might be short. I found housemade pie for sale in 74 of Arkansas's 75 counties -- everywhere except Lee County, which is home to the prestigious Jones Barbecue Diner of Marianna. I did internet searches, looked at menus, made somewhere close to 400 phone calls, dug up information from Facebook and phone book listings and even obituaries, and personally visited more than 200 restaurants between Thanksgiving and Valentine's Day. For the book itself, I drove approximately 6,300 miles and photographed pies from 184 restaurants (some of the restaurants I visited either didn't have pie or bought their pie from a supplier).

A About a year ago I butted heads with a gentleman who's not a native Arkansawyer about how to make a pie crust. He insisted that every pie crust was made from lard. I can honestly say, after asking the question of hundreds of cooks in these restaurants and bakeries and everywhere I found pie, lard isn't a key factor in Arkansas pie. Most restaurants go with butter, while a full third choose shortening.

I guess the biggest secret is that there is no secret. Yes, possum pie (a pie with layers of cream cheese, chocolate custard and whipped cream with a pecan crust) is available everywhere you go, and we have more coconut and chocolate meringue pies than you can shake a stick at, but we also have pecan and fresh fruit pies and cream and icebox and so many sorts of fried pies. Like Po discovered, there is no secret ingredient.

Q What would you recommend as the best 2 or 3 places to eat in Northwest Arkansas -- what restaurants do you always try to hit when you're here?

A OH GOLLY. That's tough. It all depends. I love the pulleys at Neal's Cafe in Springdale and that sauce and the rolls with butter at the Venesian Inn, but I'm also loving the heck out of IDK Cafe in Bentonville, and I suspect Briar Rose Bakery in Farmington is going on that list. I tend to pick up more than my share of sweets from Rick's Bakery in Fayetteville. Then there's Eureka Springs, which is a whole 'nother country. I guess that question is pretty tough for me to answer.