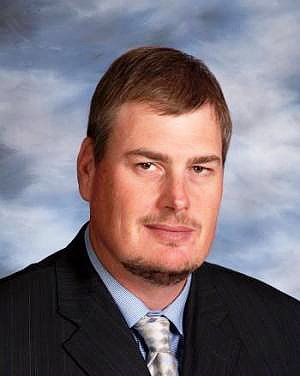 DECATUR -- Steven Watkins will be the Decatur School District's next superintendent.

Watkins will begin the job next week. The Huntsville native has served as principal of Elkins High School for the past two years.

Steven Watkins is set to become the the Decatur School District’s sixth superintendent since 2004 when he begins the job next week. Here’s the list of those superintendents and when they served:

"I'm very excited to work with the Decatur School District," Watkins said. "The community of Decatur is really supportive of the schools, and the board has done a great job managing the district."

He said the job seemed like a "perfect fit" for him.

Watkins has worked in education for 16 years. He was the alternative learning environment director in the Huntsville School District for eight years, then served as principal of Alpena High School for two years before taking the Elkins job.

"We'll be looking at our test scores and curriculum. They have a great start to that, and I want to bring my skill set and see if we can tackle some of those opportunities for growth," he said.

Watkins and his wife, Elizabeth, have three children. Decatur will host a reception in the next few weeks to welcome the family, according to a news release from the district.

Watkins earned $74,573 as Elkins High principal this past school year. Information on his contract and salary with the Decatur district was unavailable Wednesday. Gravette was paid $94,000 in the superintendent's position for the 2017-18 school year.

Elkins also is losing its top administrator this summer. Superintendent Dan Jordan is retiring from schools and is going to work as advocacy director for the Arkansas School Boards Association. Jeremy Mangrum, assistant superintendent in the Paragould School District, will take over as Elkins' superintendent next week.

Watkins is definitely qualified to be a superintendent, Jordan said.

"We're proud of him and happy for him," Jordan said. "We didn't want to lose him. We're very pleased with the job he's done here."

Elkins posted its high school principal's job this week. There is no timeline for filling that position, Jordan said.