NORTHWEST ARKANSAS DEMOCRAT-GAZETTE PHOTOS Walker William (from left) of Shiloh Christian. 2018 All-NWADG Newcomer of the Year, Brandon Ulmer of Booneville Player of the Year and Greg Harris of Huntsville. Coach of the Year. 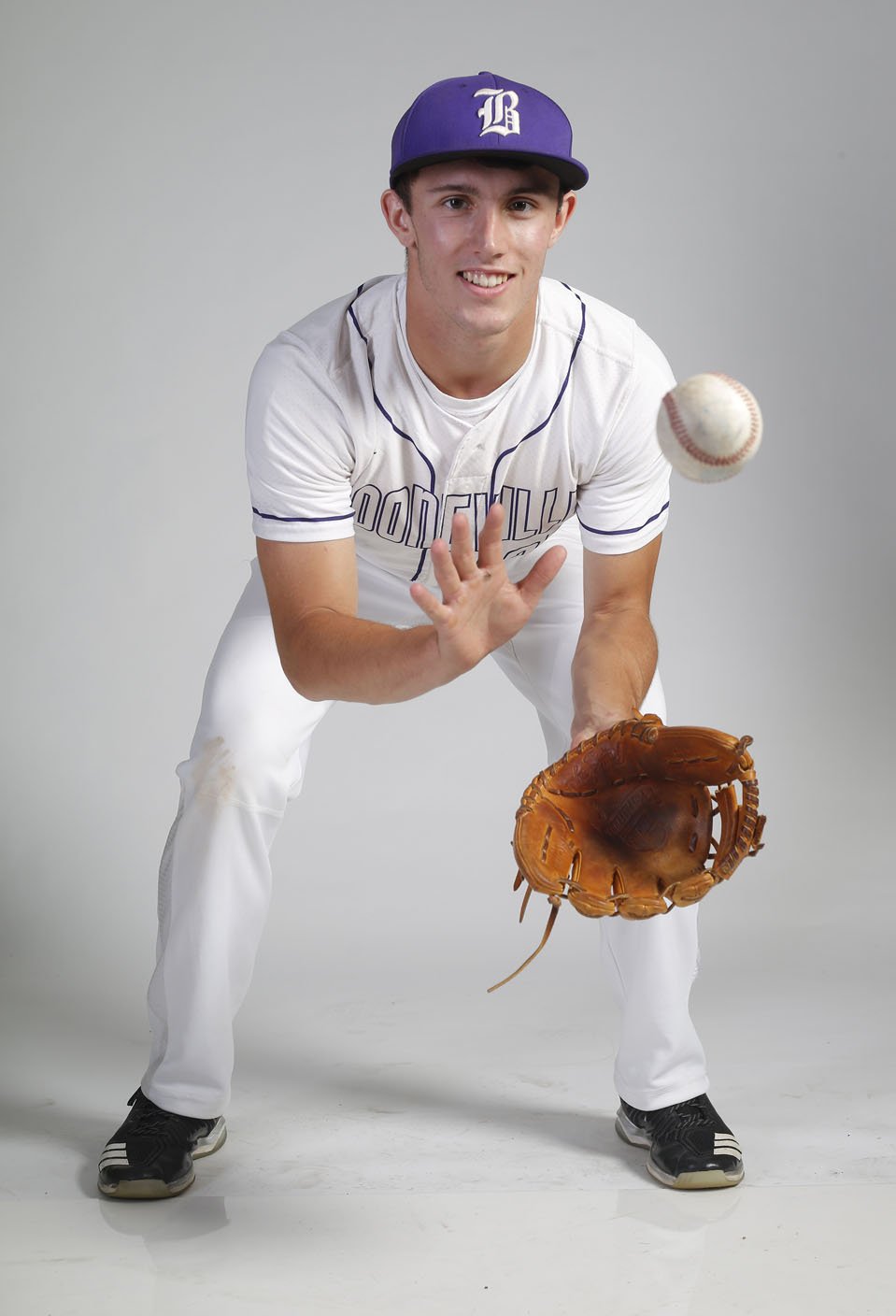 THE SCOOP Ulmer did it all for the Bearcats this season as the team's shortstop and top pitcher. ... At the plate, Ulmer put up staggering numbers with a .500 batting average that included 44 hits, 44 runs scored, 12 doubles, nine home runs and 25 RBIs. ... Ulmer batted lead-off most of the season and also saw time in the two-hole. Seven of his nine home runs came when he batted leadoff. ... As a pitcher, Ulmer was 6-2 with a 1.10 ERA and 65 strikeouts. ... Ulmer has signed with Arkansas State, where he will move to the outfield. ... As a Bearcat, he played for his father, Darby Ulmer, a longtime Booneville teacher and coach. ... Ulmer plays for Sticks Academy out of Little Rock in the summer. ... Ulmer was also the quarterback on the Bearcats' football team and ran track.

DID YOU KNOW Ulmer is named after legendary Arkansas Razorback All-American offensive lineman Brandon Burlsworth, who was tragically killed in a car accident in 1998 near his hometown of Harrison.

QUOTABLE "In the offseason I really worked hard with my dad, a lot of hitting in the cage and mental practice. Just visualizing myself at the plate and seeing yourself hitting the ball. I think baseball is a big mental sport," Ulmer said of his stellar senior season. 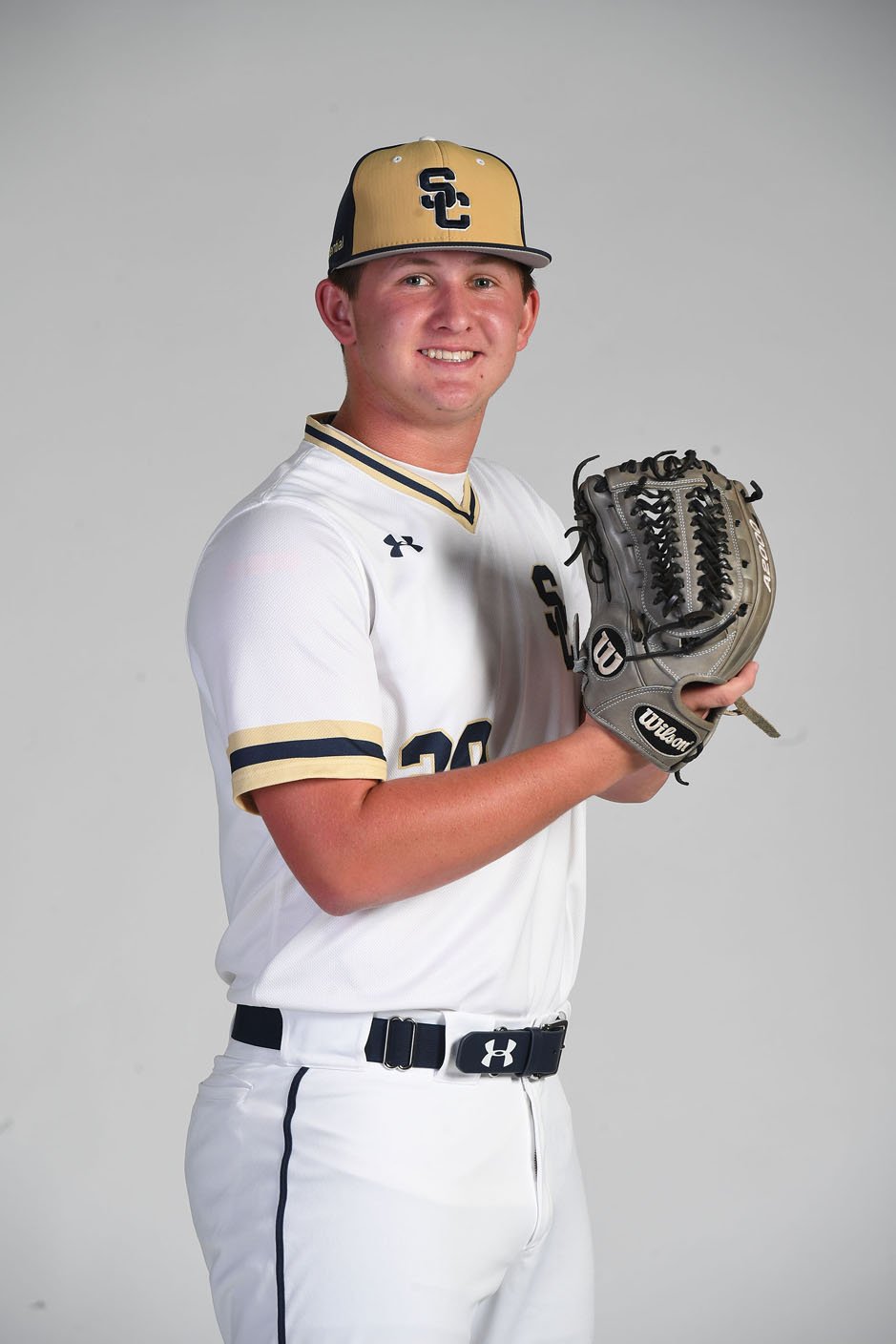 THE SCOOP Williams' early success on the pitcher's mound elevated him to the No. 2 starter and allowed the Saints to move senior Connor Clark to the closer's role. ... Williams, a left-hander, is hitting mid-80s with his fastball and had a lot of success with a two-seamer this season, posting a 7-0 record with a 1.08 ERA and 81 strikeouts, helping the Saints return to the Class 4A state title game. ... Williams proved just as successful at the plate as a hitter, batting .390 with 32 hits, 15 doubles and 27 RBIs. ... Made a web-gem sliding catch in the state title game on a foul ball. ... Plays for the Arkansas Prospects 16U summer team. ... He is also a member of the Shiloh Christian football team.

DID YOU KNOW Most people would think that Williams is named for a family member, but that is not the case at all. He is actually named after Walker Elementary School in Springdale, where his parents first met as grade school sweethearts. Williams' middle name is Tim after his father, and most people call him Walker T.

QUOTABLE "They kind of just threw me in there one day, and I guess I just did good enough that they kept using me throughout the year. I was ready to go, it didn't overwhelm me or anything. I knew we had a lot of seniors coming back this year, but I thought I could find a way to help the team," Williams said. 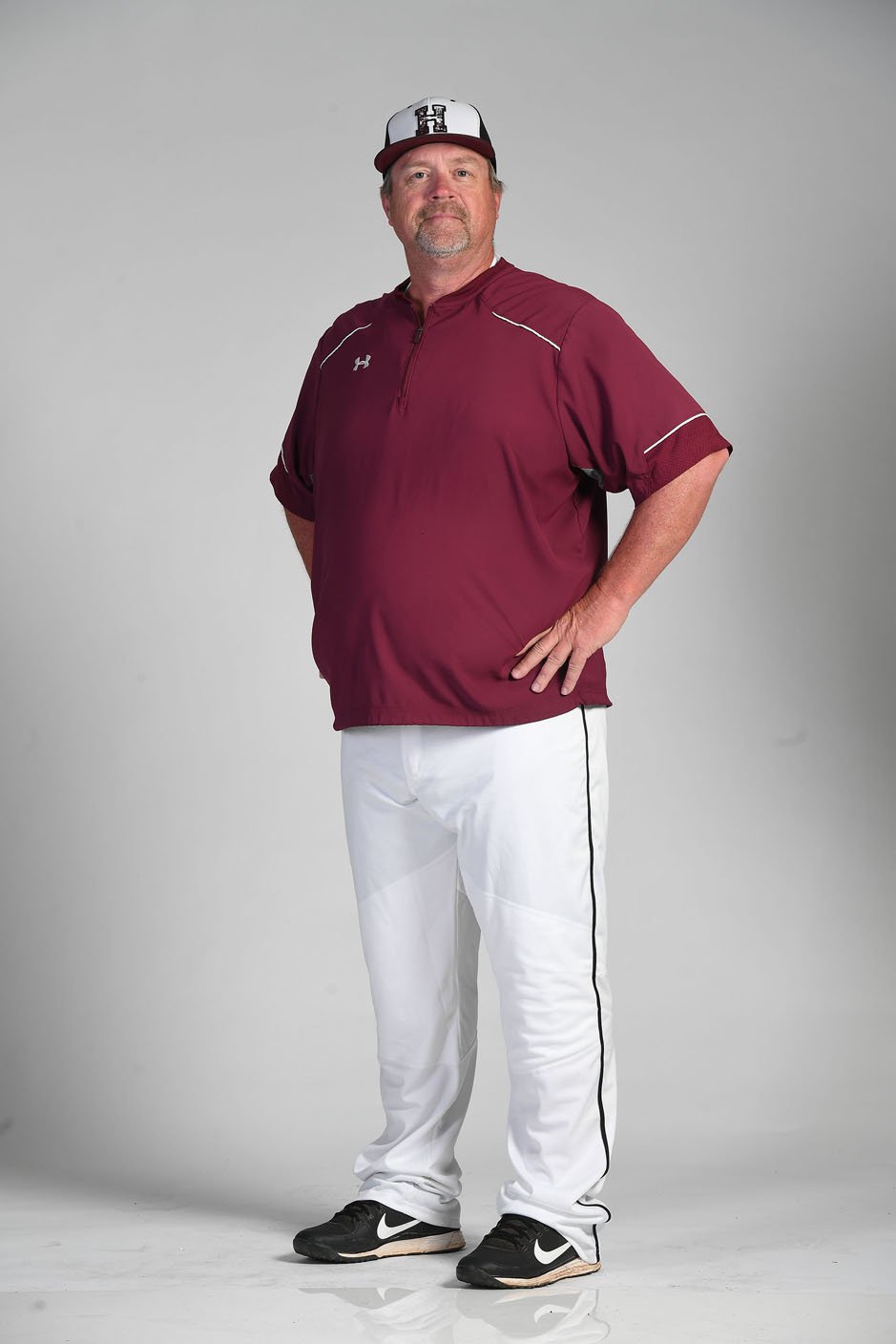 THE SCOOP Harris has turned a once mediocre program in a conference contender in his three seasons as the head coach after coming over from Rogers Heritage where he was an assistant coach. ... In Harris' first season, Huntsville won 17 games. The past two seasons the Eagles have won 24 games each season. ... The Eagles were close to punching a ticket to the state tournament with a narrow 2-1 lead against Dardanelle late in the 4A-North Regional opener but ran out of steam in the elimination loss. ... Harris played collegiately at Ouachita Baptist University 1982-87. ... He graduated from Haskell High School, which did not field a high school team. He played American Legion baseball in the summers. ... Harris' son Ty Harris signed and played at Arkansas but has since transferred to Alabama-Birmingham.

DID YOU KNOW Prior to taking over at Huntsville, Harris coached at a number of schools over a long career. He was an assistant under Kirk Bock at Bryant, he was the head coach at El Dorado for three seasons and also coached at Camden-Fairview and Hampton.

QUOTABLE "One thing a lot of people don't know is we graduated seven senior starters from last year, and the thing that tickled me the most is we just picked up right where we left off. We swept Pea Ridge, which we couldn't remember the last time we even beat Pea Ridge. So I'm very proud of the season we had. Our kids have bought into our plan, and it's just carried over all three years. So it's a credit to the kids. Great parents, great kids, they just had to be developed. And that's what they did; they bought into the plan," Harris said.