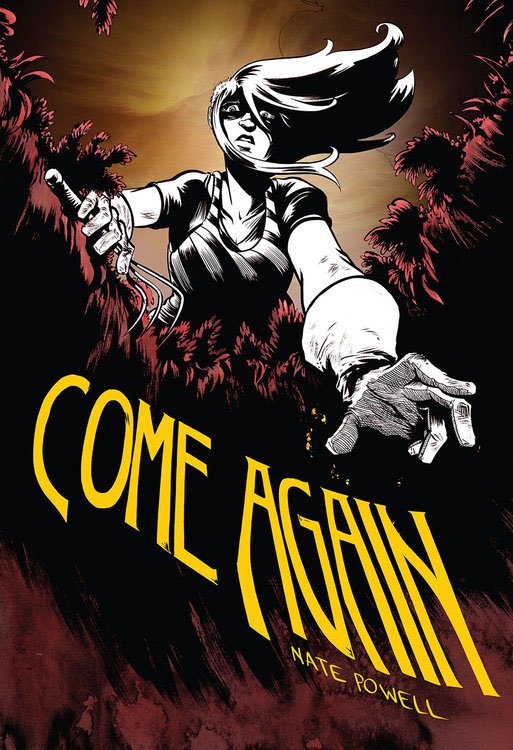 Courtesy Image New York Times bestselling graphic novelist and National Book Award winner Nate Powell's Aug. 3 discussion at the Fayetteville Public Library will focus on his latest book, "Come Again," named one of Publisher Weekly Top Ten graphic novels of spring 2018 and set in a fictional hippie village in the Ozarks in 1979. A book signing will follow the discussion, and books will be available to purchase.

On Aug. 3, graphic novelist and Arkansas native Nate Powell will appear at the Fayetteville Public Library to discuss his work -- including his new, Arkansas-set novel "Come Again" -- sign books, and offer a writing workshop.

Q. Has your southern background noticeably influenced your life?

A. The most recent book...[is] set in a fictional hippie community called Haven Station, which would be nestled in the Ozarks between Eureka Springs and Fayetteville. Yes, my Southern roots have made a deep and pervasive imprint. Often it's in personal or internalized ways highlighted by cultural differences about manners and customs, small talk, notions of neighborliness. But it's also permanently shaped my socio-political navigations, allowing me to better process and work against different dimensions of inequality and oppression throughout America -- which, in turn, has enabled a more complete reckoning with some of those deeper social structures still embedded within me.

Q. You started self-publishing your graphic novels when you were 14 and formed your punk band at 15. Where did your courage and confidence come from?

A. The Little Rock area has been full of vibrant, self-motivated creative communities my whole life, and I think it's largely a product of being a fairly diverse mid-sized city without the influence and influx many other cities have by the presence of a major college. A lot of cultural touchstones skip Arkansas or get here late, and Little Rock benefits by being just out-of-the-way enough that young people have to make cool things happen themselves. When Mike Lierly and I started making comics in the early '90's, we were encouraged by Collector's Edition owner Michael Tierney's self-publishing precedent, and ultimately a half-dozen other creators started self-publishing comics inspired by our efforts. We simultaneously grew up into the underground punk rock community, and our coming-of-age experience was one inseparable from the Do It Yourself ethic. As we became aware of the imperative to make our own noise, our own magic, we paid attention to our peers and developed skills along the way. There were dozens of teenagers making bands, writing zines, drawing comics, releasing records, organizing shows and community actions, and we all essentially raised each other and shared our individual skill sets.

Q. How did feel to have Rep. John Lewis and Andrew Aydin personally chose you to collaborate on "March"?

A. I remember reading Top Shelf's press release for March late in 2010 or early in 2011, while I was wrapping up work on both "Any Empire" and "The Silence Of Our Friends." The project seemed really interesting and cool, but I didn't piece together that the lack of an attached artist meant that there wasn't one yet -- I was busy, so I just went back to work! A week or two later, my publisher Chris Staros called me up, urging me to try out as artist for a number of reasons benefiting the subject matter and context. Beyond that, however, it was just like connecting with any other collaborator: Andrew and Rep. Lewis sent me some sample pages of script, and I sent demo pages back. I went through a round of notes and redrew the pages, learning along the way. But only about two weeks into the exchange, we simply realized we clicked very well, and decided to hit the ground running. It was certainly a profound honor (and remains even more so today), but the project and its potential were such uncharted waters that I don't think I fully grasped its magnitude until I started actually penciling the pages.

Q. "March" is being used to teach both English and history. Why is it a good teaching tool?

A. It's important to emphasize that comics are both a medium and a language -- a system of verbal and visual communication that exists apart from its text component. It is the enriching, intertwining nature of image and text that provide for a kind of immediacy and immersion difficult to find elsewhere, and the reader has a unique relationship to both the content and the experience of reading in real time. The ways in which imagery, panels, and pages can be accessed simultaneously throughout the book occurs in no other medium.

In terms of conveying history, comics enable a reader to identify and empathize with people who may otherwise seem like abstractions, but importantly also allow a reader to project their own experiences and parallels back into the historical precedents. This empathetic projection is what makes "March" such a powerful and transformative experience.

It's also important to note that there's a wealth of nonverbal information contained in the visuals of comics--it's always disappointing to see assumptions that only text communicates within the book, but our brains are activated and enriched as we read, processing comics on all levels even if we don't realize it. 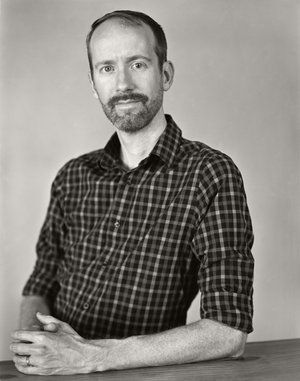 Photo courtesy Ben Rains Nate Powell won a National Book Award in 2016 for the third book in the trilogy "March," the story of U.S. Rep. John Lewis' fight for civil rights. Powell is the only graphic novelist to be awarded the prize. His work also includes "You Don't Say," "Any Empire," "Swallow Me Whole," "The Silence of Our Friends," "The Year of the Beasts" and Rick Riordan's "The Lost Hero."