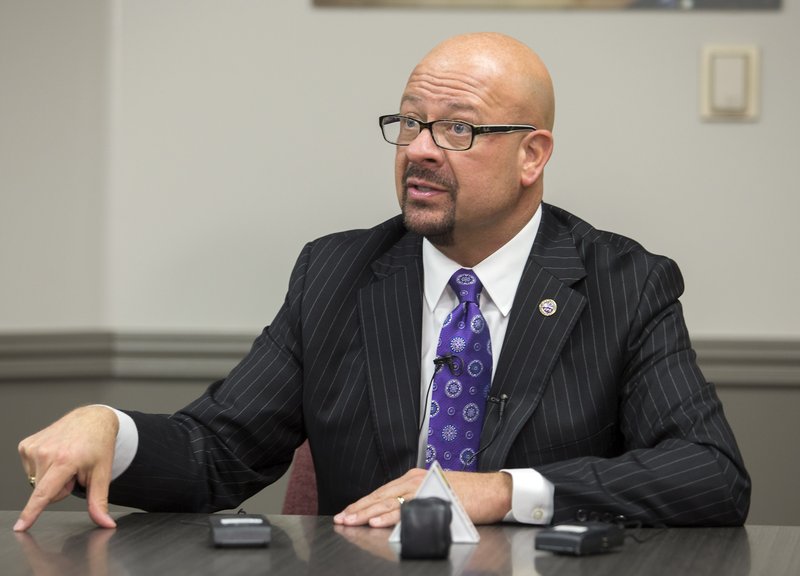 FAYETTEVILLE -- The woman seeking to prevent disclosure of records related to the firing of Superintendent Matthew Wendt asked a judge Tuesday to place the documents under seal and close any hearings to the public in order to protect her privacy.

"Absent an order sealing the record, any records provided or arguments made to the court would be a matter of public record, which would effectively nullify any opportunity to protect the privacy of Jane Doe and for the court to provide the requested relief," according to the motion.

Generally, courtroom proceedings are open to the public. A public trial or hearing is supposed to ensure that the proceedings are conducted fairly. However, in some circumstances a court is allowed to exclude anyone lacking a direct interest in the case from the courtroom. The court must determine, on a case-by-case basis, whether the concern for the victim’s well-being necessitates closure of court proceedings.

The woman who said she was the target of sexual harassment by Wendt sued earlier this month to block release of related documents requested under the state's Freedom of Information Act, saying her personal privacy should outweigh the public's right to know.

Filed on behalf of "Jane Doe" in Washington County Circuit Court, the lawsuit contends the records, if released, would be an unwarranted invasion of her privacy. The lawsuit seeks an injunction preventing the Fayetteville School District from releasing the records.

"Plaintiff therefore respectfully requests that the court permit her to provide the records at issue in this cause to the court under seal, and further to close any hearing on the matter, so counsel may openly discuss the records with the court," according to the motion.

Circuit Judge Doug Martin was assigned the case. No hearings have been set.

"The records to be disclosed contain graphic text messages that are exceptionally personal in nature. Such information would subject the plaintiff and her family to embarrassment, harassment, and could impact her employment and relationships with friends," according to the woman's lawsuit.

The Northwest Arkansas Democrat-Gazette requested records related to Wendt's termination and, according to the lawsuit, other media outlets have also requested the documents. Specifically, material that formed the basis for the School Board's decision to suspend and then fire Wendt were requested by the newspaper.