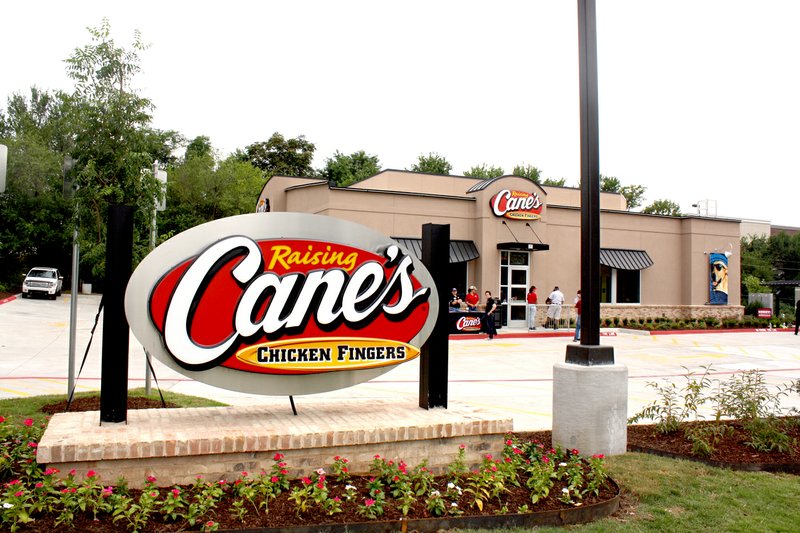 BENTONVILLE -- Raising Cane's Chicken Fingers is coming to Bentonville with a grand opening set for Tuesday morning, according to a news release.

The Louisiana-based chain is opening up its fourth Northwest Arkansas location at 1402 S. Walton Blvd., adding to the one Rogers and two Fayetteville spots.

The grand opening for Raising Cane's will begin 8:30 a.m. Tuesday with a "Lucky 20" drawing to award 20 customers ages 13 and older free Cane's for a year, according to the news release. The restaurant will accept entries from 8:30 to 9 a.m., and the drawing will be between 9 and 10 a.m. A ribbon-cutting ceremony will begin 9 a.m. Doors will open to the public 10 a.m.

The first 100 dine-in customers ages 13 and older to purchase a combo meal will receive a T-shirt and a voucher for a free box combo -- containing four chicken fingers, Texas toast, Cane's sauce, coleslaw, fries and a drink -- that may be redeemed on a subsequent visit, the news release states.

Hours of operation at Bentonville's new Raising Cane's will be 10 a.m. to 11 p.m. Sunday through Thursday and 10 a.m. to midnight Friday and Saturday.