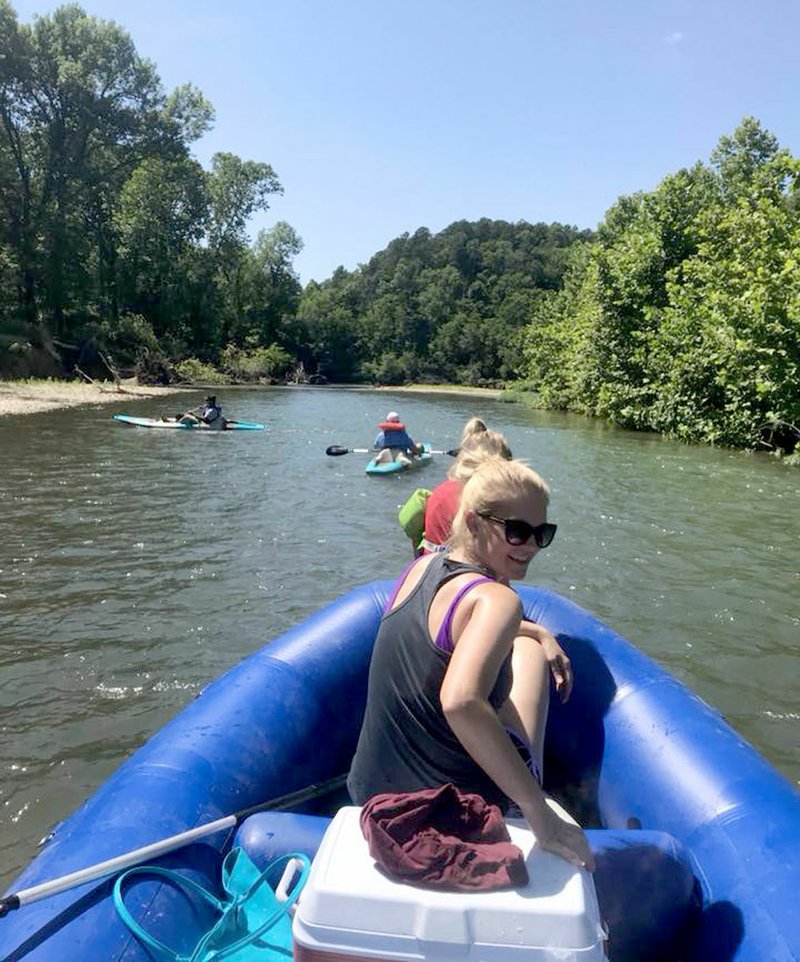 SILOAM SPRINGS — Campers spent their summers at the Gypsy Camp for Girls, making friends, spending time in nature and enjoying the water of the Illinois River for more than 50 years.

The legacy will continue at Gypsy Camp and Canoe, which hopes to keep the history of the camp alive while also providing family friendly float trips on the Illinois River.

The historic camp went up for sale last fall after former owner Bob Coe died at the age of 96. Coe and his late wife, Daisy, operated the camp since the 1960s.

The camp is about 7 miles south of Siloam Springs on the northwest side of the Arkansas 59 bridge over the Illinois River.

It served as a girls summer camp from 1923 until 1978, Jerrid Gelinas said. The camp has been used for summer get-togethers, events and reunions since.

The camp has 11 original buildings, including two houses, a recreation center, four cabins, two bath houses and a well-house, all nestled between towering limestone bluffs and the riverbank. It is listed on the National Register of Historic Places as the Gypsy Camp Historic District.

Girls came from all over the region, including from states such as Texas, Kansas, Missouri, Louisiana and Oklahoma, to attend the camp. Campers would often arrive by train in Tulsa, Okla., or Fayetteville and be transported by bus. They were divided into two teams — red and orange — that competed with each other.

Former campers still meet for reunions each summer. Some became well-known, such as actress Natalie Canerday who was in Sling Blade, October Sky and Walk the Line; actress Mary Martin, who starred in Peter Pan in 1960; and Alice Walton, daughter of Walmart founder Sam Walton.

Gelinas started floating local rivers with his family when he was 1-year-old and has kept it up every summer since.

He dreamed of opening a float trip business one day and purchased property near the Siloam Springs Kayak Park.

He was floating the river in September when the old buildings caught his eye, and he stopped to take a look. He learned the property was for sale in October.

“Jerrid and I came out here and looked at it, and obviously we fell in love with it,” Nathan Reed said.

Gelinas asked his friend David, who owns a construction business, to inspect the buildings.

“David came out here, and he fell in love with it, and here we are,” Reed said.

The new owners plan to preserve the original camp’s history.

“I think we’re all just excited to be able to offer a float business, yes, but also kind of preserve a piece of history. All we advertise right now is the boats, but there is more to it that I think we will get to showcase one day, and I think we’ve all got a piece of our hearts in this,” Gelinas said.

Gypsy Camp and Canoe offers float trips in canoes, single or tandem kayaks and rafts starting at the Siloam Springs Kayak Park and ending at the camp. The camp offers a shuttle service.

The owners hope to add tent and RV camping spaces, restore the original structures and make them available for overnight rentals and perhaps even create a space for weddings and events.

“That’s one of our big goals, to keep it very historic, very natural like it is,” Gelinas said.

Gypsy Camp and Canoe is open for float trips Saturday and Sunday. Trips are also available by reservation