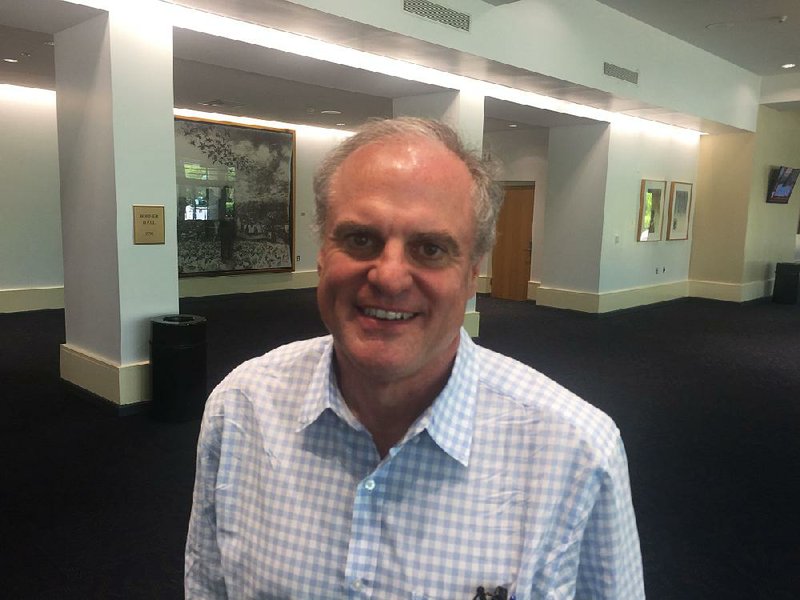 U.S. Rep. Steve Womack is scheduled to attend today’s meeting of the West Point board of visitors. The Republican from Rogers has been the board’s chairman since March 2017.

Under federal law, the board monitors “the morale and discipline, curriculum, instruction, physical equipment, fiscal affairs, academic methods, and other matters” affecting the U.S. Military Academy.

It’s a busy time of year at the 216-year-old institution 50 miles north of New York City.

Ten of the cadets are combat veterans, the school announced.

“I’m just trying to eat healthier and cut back on the carbs,” he said.

Since losing his seat in 2014, Pryor says he’s lost close to 40 pounds. And he’s managed to keep it off.

“My life is a lot easier than it used to be and [there’s] a lot less stress,” he said. “I’m fortunate that I don’t have to base my whole life now on whether [former Democratic Senate leader] Harry Reid and [Republican Senate leader] Mitch McConnell are going to agree to let us out this weekend. … I spent 12 years doing that.”

Pryor, who now resides in North Little Rock, is a member of the bar in both Arkansas and the District of Columbia.

The former Arkansas attorney general works for Venable LLP, which has offices in Washington.

“When I got out of law school, I went to Wright Lindsey & Jennings, which is a wonderful firm,” he said. “I never thought I’d have that kind of environment where I really enjoyed going to work every day and enjoyed my colleagues and my partners, and I found that again at Venable, so it’s really been a good fit.”

It’s the fifth time the school has participated in the event. Band director Rusty Hart said 175 students made the journey.

“It was extremely hot the day of the parade. The heat index was over 100 [degrees Fahrenheit],” he said.

In a typical year, between 200,000 and 300,000 spectators line the mile-long route, according to Luke Wiscombe, national marketing director for Diversified Events, the parade’s producer.

“The parade is one of the largest in America to celebrate the nation’s birthday,” he said.

There was also time to enjoy the July 4 fireworks display on the National Mall and to visit most of the major tourist sites.

“We have seen basically every monument or government building in D.C. that you’re going to want to see,” Hart.

The band plans to return to Washington for the 2021 Independence Day Parade, he added.