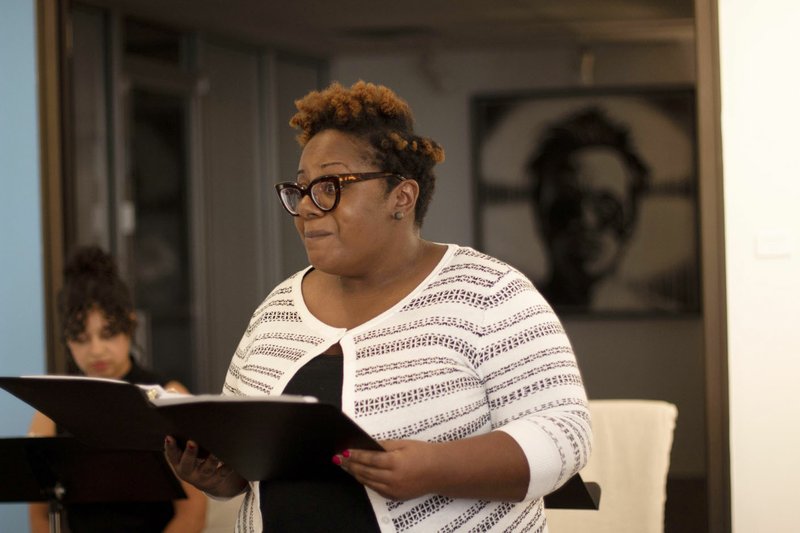 ArkansasStaged will host a workshop reading of playwright Ashley Edward's new play, "Field Notes From Mother Earth," on July 8 at Bentonville's 21c Museum Hotel -- and the theater company's artistic director, Laura Shatkus, says she hopes this workshop process will be the first of many.

"I'm interested in creating a year-long workshop for playwrights to take place three or four times per year, and this is our beta test for what I have in mind for the future," says Shatkus. "With the resources we have at ArkansasStaged, there is no reason we shouldn't be giving opportunities to artists within our community and throughout the country, and I hope to expand on this kind of programming in 2019."

COST — Free with a suggested $5 donation

"I'm really interested in the life of anthropologists and what that would be like to travel around the world and immerse yourself in different cultures," says Edwards of her inspiration for the play. "And I'm interested in that mentor-teacher relationship that kind of evolves and the power struggle that sometimes goes with that. The play travels around the world through the lens of two anthropologists, and the premise is that the older teacher is dying as a result of being born into this polluted environment. She wants to pass on these field notes that she's collected, and [the play] is about what happens when you pass on that knowledge."

The play had its first audience last week in the Fenix Fayetteville gallery space.

"They were so helpful," says Edwards of the feedback following the reading. "To see their level of caring, and how they analyzed it and took notes and came back with such in-depth responses to these characters and their stories -- I was just so happy. There were some comments about wanting to see more of this or that, and that's what I wanted -- you're actually using audience feedback to create the play, and you're letting the audience in on the process."

Edwards says that the workshop process is particularly motivational for her: As a playwright for LatinX Theatre Project and the Region VI chairman for the National Playwriting Program with the Kennedy Center American College Theatre Festival, she is so busy fostering others' work that she doesn't always have time to nurture her own creativity.

"I'm always passionate about everybody else's work, so Laura said, 'We're doing yours here,'" says Edwards. "[Hearing feedback] made me say to myself, 'This play has a life,' and then you have the inspiration to go back and write more. It's breathing life into it so you can keep going, instead of having this lonely life of just you and the computer."

The reading's director is Jenny Guy.

"I went to graduate school with Jenny, and we had never worked together," says Edwards. "I'm so excited about her approach to the script and her comments and notes and what she wants to do and how she's worked with the actors. That's really informed the story."

In addition to Guy and Edwards -- both UA MFA playwriting alumni -- Shatkus points out that the cast and crew includes other "collaborators with strong ties to the UA theater department."

"Dramaturg Megan McEnery (who just graduated with an MFA in playwriting) had actually read some of Ashley's work while working on her own thesis," says Shatkus, herself a graduate of the UA MFA acting program. "Stage manager Celeste Richard was originally my student when I was a graduate teaching assistant. She's now my right-hand woman for any and all things ArkansasStaged. All of this in a play that deals with the theme of matrilineal heritage is just too juicy to overlook."