Rewinding: Taking another look at best of 2017 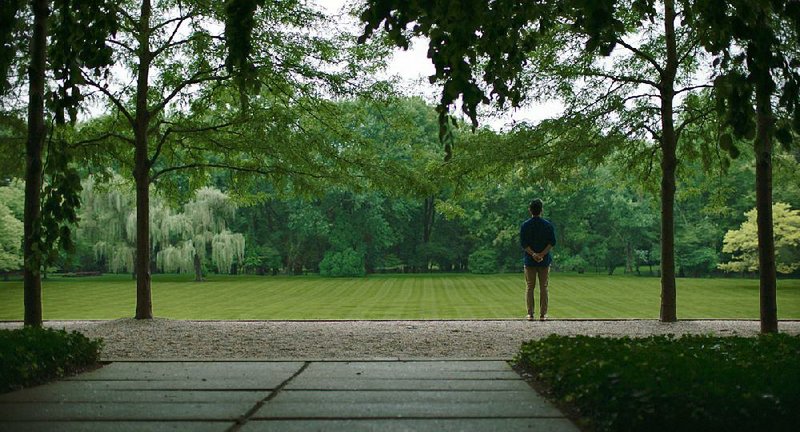 We're continuing our glance back at the recently concluded year at the movies by featuring the "best of" lists by engaged moviegoers. (If you've got a list you'd like to share, send it along to me at [email protected] and we'll consider running it.)

Tara Sheffer, Arkansas expatriate filmmaker and coordinator for The Department of Motion Pictures at Court 13, a New Orleans-based nonprofit organization that serves as an incubator for art and filmmaking projects.

This year I struggled with making a Top 10 of 2017 film list. There were films that I saw and enjoyed, but only three truly spoke to me. I relish cinema that examines people doing and working in their environment -- in a place they feel comfortable, especially in their discomfort. The three films I selected examine the interiority of women who are dealing with complicated transitional moments in their lives.

My solid top three picks of the year:

I saw this at the French Film Festival in New Orleans, where I live these days. Call me a masochist but I am fascinated by Olivier Assayas' examination of celebrity personal assistants in his work (having been an assistant to someone in Hollywood myself). Upon first watching I was struck by a film that traversed genre that really works. It's a ghost story. It's an erotic thriller. But most strikingly the film is a true meditation on deep and impenetrable grief. Kristen Stewart is remarkable; she oscillates between loneliness and control, all while teetering on the edge of completely losing it. Needless to say, I saw the film twice in theaters.

This is perhaps one of the most thoughtful films I've seen in a very long time. Kogonada's grasp on cinematic language is remarkable: from the influence of zen from Ozu to grace from Bresson. Not an all together groundbreaking narrative, but within the mundane story I was struck by meditative moments that are breathtakingly wonderful -- Kogonada finds beauty in the ordinary. How the actors interacted with and within each space is thoughtful and revealing. Throughout the film you can see that the direction is grounded in consideration of the entire frame. Both character's stories demand equal weight (and equally mundane, yet intertwining -- a part of everyday life; moving on and death) and join in this really fascinating knit that real life happens. He lets the story get messy in this incredibly constructed -- one could even say architectural -- and strategic environment. I think Columbus is a really special piece of cinema.

Oh, Lady Bird. The storytelling and the grasp on relationships between mothers and daughters is undeniably special. I called my own mother, also named Christine, weeping after I saw this film. I have a complicated relationship with Lady Bird, but I can tell you that seeing it in the theater was cathartic for me personally. I'm so thrilled to see a voice like Greta Gerwig's being celebrated for what it is -- distinct, personal and true.

Other films I really liked: "The History of the World" (episode 8 of The Vietnam War), God's Own Country, Phantom Thread, Good Time, Dunkirk, The Florida Project, The Beguiled (I, too, am shocked that I'm including a Sophia Coppola film).

Films that my company released this year that I am incredibly proud to have worked on: Contemporary Color, Patti Cake$, Brimstone & Glory

Other films I haven't seen (yet) but have a good feeling about: Call Me By Your Name, Faces Places, Wonderstruck, Mudbound, Lady Macbeth, Thelma

Get Out -- While the Golden Globes seem to think that Jordan Peele's directing debut is a comedy (and that the Johnny Depp fiasco The Tourist is a worthy nominee), viewers who don't need better corrective lenses (or a brain transplant) should find this to be one of the more inventive and terrifying thrillers in recent memory. In examining how race relations in America still need major improvements, Get Out reveals that the worst villains in the world might be those who think they're being friendly and supportive.

Detroit -- Speaking of race relations, director Kathryn Bigelow and writer Mark Boal (The Hurt Locker, Zero Dark Thirty) return with another searing film about war zones. In this case the conflict takes place in the Motor City during a series of riots in 1967 as the cops overreact with tragic consequences. Despite a 2 ½ hour running time, the pace never slackens, and the movie never feels like a history lesson. As a cop with a mean streak, British actor Will Poulter is as scary as he was goofy in We're the Millers.

Three Billboards Outside Ebbing, Missouri -- Irish playwright/filmmaker Martin McDonagh effortlessly juggles anger, pathos and dark humor with this story of an angry mother (Frances McDormand) trying to goad a small town police chief (Woody Harrelson) into bringing the murderer of her daughter to justice. McDonagh's movies always have lively banter, but there's a sense of compassion that keeps his current offering from becoming a wallow in depravity.

Colossal -- Sometimes the best way to coax good performances out of actors is to cast them opposite monsters (like Raymond Burr and his giant co-star Godzilla). Anne Hathaway and Jason Sudeikis are great as two damaged people who have a bizarre relationship with giant creatures tearing up Seoul. The monsters and a good script by director Nacho Vigalondo give these two thespians more to work with than their studio films do.

The Shape of Water -- Speaking of monsters, Mexican mastermind Guillermo del Toro creates a charming romance involving a mute woman (Sally Hawkins) and her sea monster boyfriend (del Toro stalwart Doug Jones). It's intriguing that the best romance story I've seen this year involves a merman and no spoken dialogue between either of the lovers.

The Disaster Artist -- It doesn't take any effort to make fun of Tommy Wiseau's head scratchingly misguided drama The Room. It's already a side splitting self-parody. Thankfully, director-star James Franco is more interested in finding something oddly universal in Wiseau's quixotic quest for cinema glory. The Disaster Artist is still hysterically funny, but Franco gets longer and more satisfying laughs from affection than he would from ridicule.

Novitiate -- I'm curious why Margaret Betts' debut film that explores the thin line between faith and fanaticism hasn't gotten more recognition. This look at rookie nuns during the mid-1960s raises troubling questions about which traditions are worth keeping and which ones should be abandoned. Perhaps Melissa Leo got her Oscar (for The Fighter) too early, her turn as an old school Reverend Mother is simultaneously intimidating and sympathetic.

Abacus: Small Enough to Jail -- Despite making terrific nonfiction movies for decades, Steve James (Hoop Dreams) still hasn't received an Oscar. His latest examines a small bank in New York's Chinatown that has been the only financial institution to go to trial for the 2008 economic collapse. Ironically, the authorities wound up wasting millions of taxpayer dollars pursuing an innocent bank. This may be the only movie I've seen where an audience cheers for the bankers.

Personal Shopper -- French writer-director Olivier Assayas is back with a creepy look at a personal assistant (Kristen Stewart) who can commune with the dead but still has to work for a spoiled reality star. In Assayas' hands Stewart can be mesmerizing by simply trying on an outfit. There's no need for long monologues when a simple shrug can convey so much.

The Beguiled -- Sofia Coppola adds a remarkable subtlety to the Clint Eastwood classic. Her antebellum girls school might reside in a picturesque setting, but she skillfully hints that there's a den of iniquity inside its stately columns and that war can be lethal away from the battlefield.

Honorable Mentions: Call Me By Your Name; I, Tonya; Dunkirk; Coco,; Lady Bird; Baby Driver; The Post; Phantom Thread; The Little Hours; All the Money in the World.

Print Headline: Rewinding: Taking another look at best of 2017